The Cavaliers have lost five straight games since racing to an 8-1 start.

Giannis Antetokounmpo had 16 points, 12 rebounds and eight assists for the Bucks. Jordan Nwora had a season-high 21 points to help the Bucks outscore the Cavaliers 45-20 in bench points.

Donovan Mitchell and Darius Garland each had 23 points and Evan Mobley added 20 for the Cavaliers.

Mitchell returned after sitting out one game with a strained right ankle, but the Cavaliers played a second straight game without Jarrett Allen due to a non-COVID illness. Without their All-Star center on the floor, the Cavaliers were outrebounded 52-34 and outscored 21-6 in second-chance points. 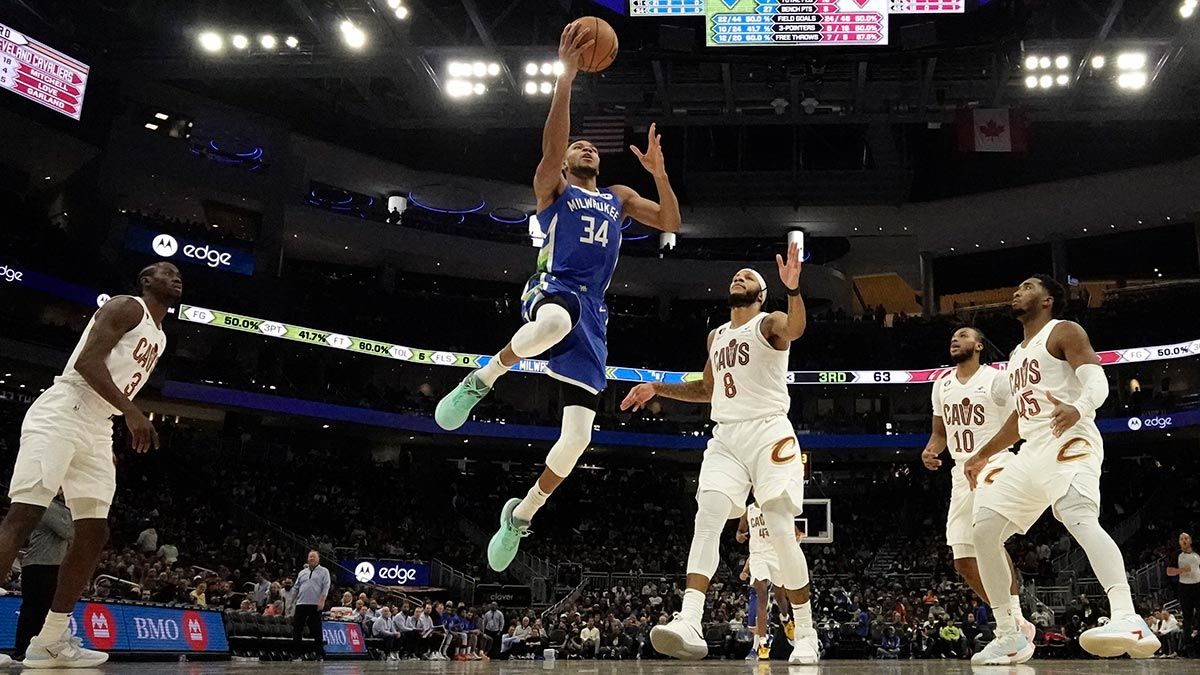 The Bucks already are without Khris Middleton (wrist), Pat Connaughton (calf) and Joe Ingles (knee), who have yet to make their season debuts.

After trailing for most of the first two quarters, the Bucks grabbed a 61-60 lead at the half before breaking the game open in the third period.

Cleveland cut the lead to 100-91 with less than 7 1/2 minutes left in the game, but the Bucks scored the next nine points to seal the victory.

Bobby Portis had 10 points and 11 rebounds for the Bucks. Jevon Carter added 11 points and eight assists.

Cavaliers: Swingman Dylan Windler will miss about four to six more weeks after undergoing a platelet-rich plasma injection on his sprained right ankle. The ankle injury has caused Windler to play just one game this season. "He had a phenomenal lead-up to camp with us," coach J.B. Bickerstaff said before the game. "We were expecting really good things for him. I was happy for him that he kind of found that confidence and that swagger and that belief in himself. And then this happens. It's tough."

Bucks: Connaughton was listed as probable on the initial injury report, but was held out. The 29-year-old guard hasn't played this season due to strained right calf. "We don't want to rush it," coach Mike Budenholzer said before the game. "Just feel like giving him a little more time was the wisest move." ... The Bucks went with a super-sized starting lineup that included a frontcourt of the 6-11, Antetokounmpo, the 7-foot Lopez and the 6-11 Portis. ... A.J. Green returned from a nasal fracture to play his second game of the season and first since Oct. 22.

Cavaliers: Host the Charlotte Hornets on Friday to begin a four-game homestand.