Draymond Green tied up Rozier at midcourt with 17 seconds left, forcing a jump ball at midcourt. The 6-foot-1 Rozier outleaped the 6-foot-6 Green and the Hornets controlled the jump, bringing the crowd to its feet.

The Warriors were forced to foul Rozier and he made both free throws with 12.7 seconds to make it a two-possession game. Golden State missed its final two shots.

Rozier finished with 20 points, Miles Bridges had 22, LaMelo Ball added 21, and Cody Martin had 12 points and eight rebounds. The Hornets have won three straight after a five-game skid.

Andrew Wiggins scored 28 points for Golden State, and Stephen Curry added 24 points and 10 assists in his annual homecoming game. Coming off an eight-game homestand, the Warriors dropped to 11-2.

The game featured 25 lead changes and neither team led by more than seven points.

The intensity picked up after Charlotte's Kelly Oubre Jr. was charged with a double-technical and ejected early in the fourth quarter after complaining to an official about a non-call on a driving layup.

It went back and forth from there, with both sides chirping at the officials. 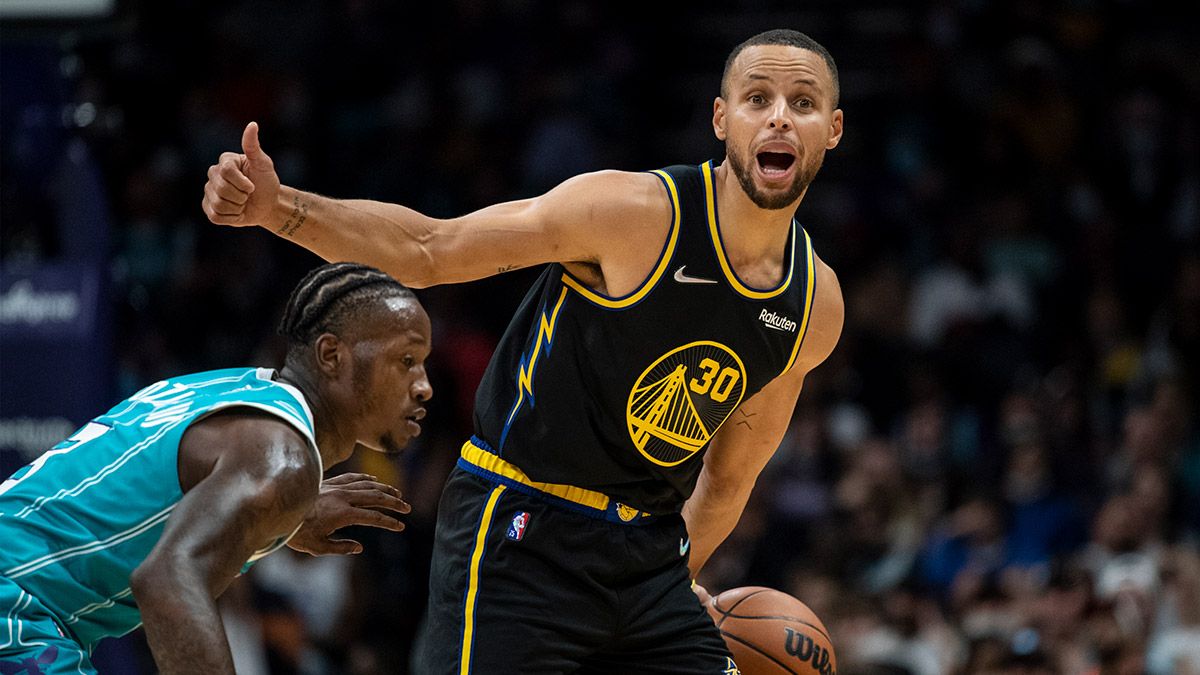 Warriors: Are the only team in the NBA to score 100 points in every game this season. ... Jonathan Kuminga had a career-high nine points. ... Green drew a technical foul in the first half.

Hornets: Bridges made the mistake of fouling Kuminga on a half-court heave at the end of the first half, sending the big man to the line. But Kuminga only made 1 of 3 foul shots. ... Ball was assessed a technical foul in the second half.

Warriors: At Brooklyn on Tuesday night.