CHARLOTTE, N.C. — Miles Bridges had 26 points, Ish Smith provided a huge boost off the bench with 22 points on 10-of-12 shooting and the Charlotte Hornets held off the short-handed Los Angeles Lakers, 117-114, on Friday night (Saturday, Manila time).

Russell Westbrook scored 35 points for the Lakers, but missed a potential winning 3-pointer with 0.7 seconds left.

LeBron James missed his second straight game because of left knee soreness, and Anthony Davis did not play due to right wrist soreness. Lakers coach Frank Vogel said he held out his star center as a precautionary measure after Davis scored 31 points in a loss at Philadelphia on Thursday night.

The Hornets were coming off a game Wednesday night where they scored a franchise-record 158 points against Indiana. Kelly Oubre Jr. who had 39 points on 10 3-pointers in that game, did not play due to a sprained ankle.

Charlotte opened on a 16-3 run and never trailed.

The Hornets built a 20-point lead in the third quarter behind Bridges and Smith and appeared on the verge of blowing out the Laker.

But Los Angeles battled back to make it a one-possession game heading into the fourth quarter behind Westbrook and Anthony, outscoring the Hornets 32-14 in the final 9:18 of the third quarter.

Charlotte pushed the lead back to double digits with 6:11 remaining in the game before Westbook began to heat up, burying jumpers and scoring on drives to the hole. Westbrook had 16 points in the fourth quarter.

Trailing by one, the Lakers fouled Ball with 9.6 seconds left and he made the first free throw but missed the second. The Lakers got the rebound and quickly called a timeout to set up a inbounds play at midcourt.

But Westbook, going for the win, missed a 3-pointer from the left wing instead of driving to the hole and the Hornets and P.J. Washington secured the rebound. Washington added a free throw with 0.2 left for the final margin. 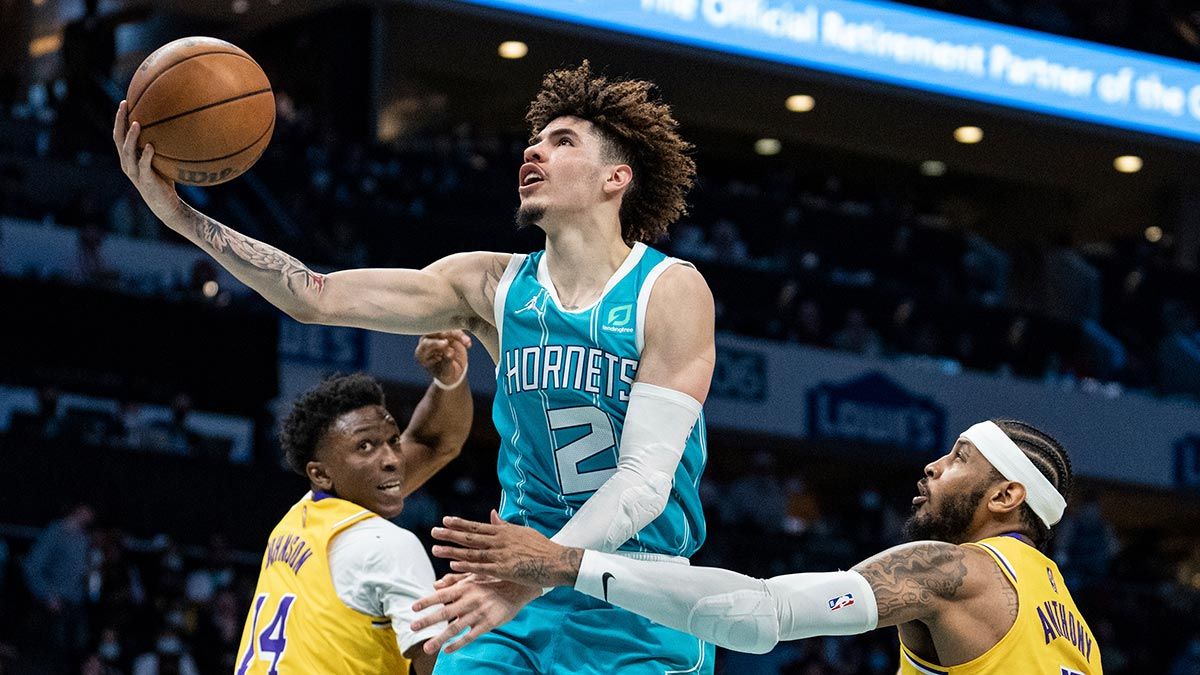 Hornets: Mason Plumlee had a season-high 17 rebounds. Plumlee was called for defensive 3 seconds twice in the same possession in the second half. ... Cody Martin had a remarkable block on Westbrook, chasing him down the lane and beating the shot off the glass from behind.

Lakers: At Atlanta on Sunday.