Jonas Valanciunas reasserted himself in the middle with 26 points and 15 rebounds to help the Pelicans pull even heading back to Phoenix for Game Five on Tuesday night.

Chris Paul, who had 19-point fourth quarters in the Suns' two playoff wins, was held to four points in 35 minutes. He had 11 assists, but committed three turnovers.

The Pelicans led 89-85 with 8:05 left and used a 12-0 run to ice it. Valanciunas, limited to six points in a Game Three loss, scored 10 points in a 3:34 span of the fourth quarter to help the Pelicans pull away. He punctuated his scoring spree with a 3-pointer from the left wing.

New Orleans had a 35-23 advantage in the third quarter. Ingram was the catalyst, making 7 of 10 shots and assisting on two other baskets as New Orleans took an 84-74 lead. His flurry started on the Pelicans' first three possessions of the half, with a pair of 15-footers and a layup.

The Suns used a 20-10 run, with Mikal Bridges breaking down the New Orleans defense with three layups in the final eight minutes of the first half, to take a 51-49 halftime lead. 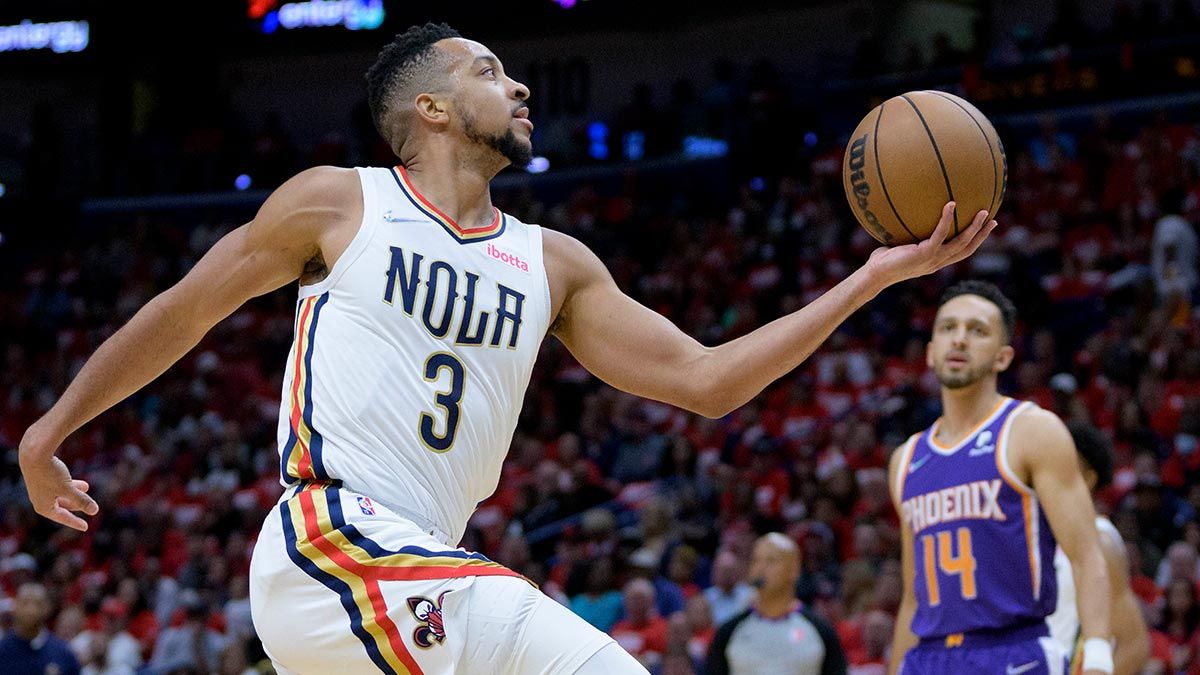 Suns: Paul had 28 assists and zero turnovers in Games Two and Three, but he had 11 assists and three turnovers on Sunday. In the first three games, his assist-to-turnover ratio was 38-2. ... Cam Johnson had 13 points.