With Washington up 105-103, the Wizards' Raul Neto won a jump ball with Donovan Mitchell, and Caldwell-Pope hit a 3-pointer with 11.6 seconds to play.

Neto had 15 points and a career-high seven rebounds, and Caldwell-Pope finished with 13 points to help the Wizards snap a four-game losing streak.

The Jazz played without Mike Conley and often looked dysfunctional on offense without their point guard.

In a game devoid of much emotion most of the way, Mitchell bullied Neto on the block and scored late in the third quarter. The basket moved the Jazz in front for the first time in the second half, 73-72. Then he flexed and urged the crowd on.

After a timeout, Beal drove the lane and dunked and celebrated all the way down the court. Things got more intense from there. 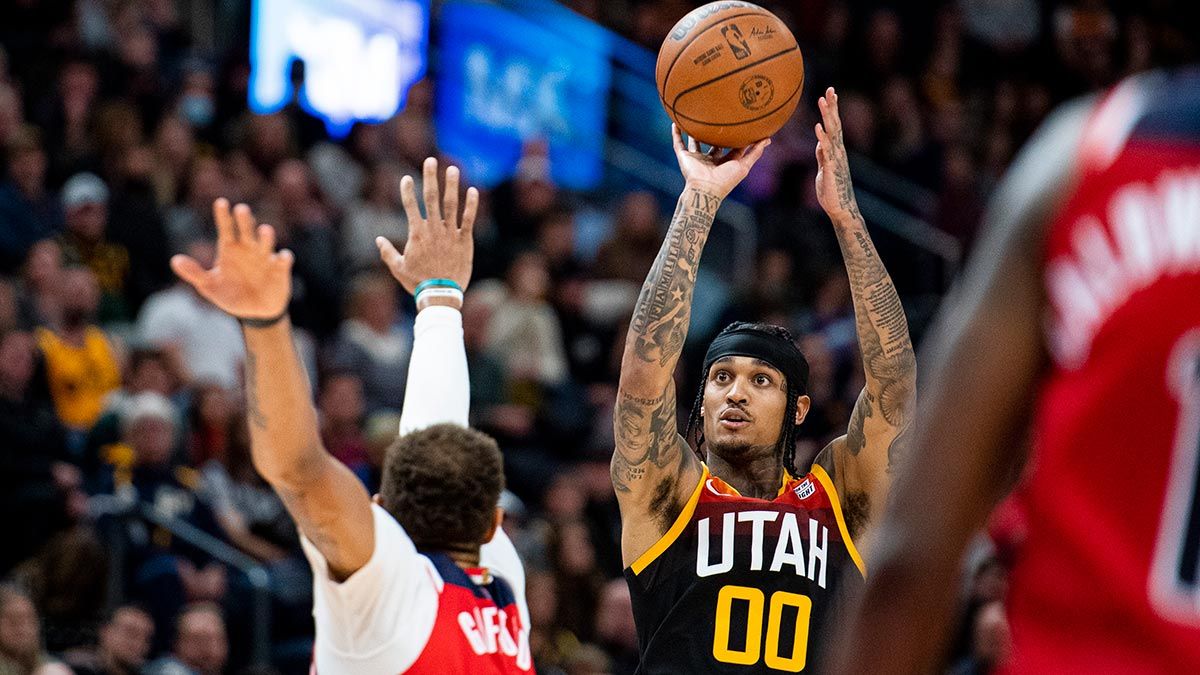 Jordan Clarkson scores 12 on 4 of 14 shooting for Utah. PHOTO: AP

Wizards: In the third quarter, Beal fell awkwardly and stayed on the floor for a minute or so, holding his leg at the knee. After a timeout, he was back on the court and got an assist on the next play. … Even as Gobert piled up the blocks, Wizards were determined to get to the basket, points in the paint. … Washington, which led 84-80 going into the final period, is 12-1 this season when leading after three quarters.

Jazz: The Jazz had 16 turnovers that led to 18 Washington points. … Utah shot 7-for-14 from the line in the fourth quarter. …Jordan Clarkson made one of his 10 3-point attempts. … The Jazz made only one of their final six field goal attempts.

Wizards: Continue their six-game road trip at Brooklyn on Tuesday.