Bradley Beal returns with double-double to power Wizards past Cavs

WASHINGTON — Bradley Beal had 29 points and 10 assists in his return from the NBA's health and safety protocols, and the Washington Wizards beat the Cleveland Cavaliers, 110-93, on Thursday night (Friday, Manila time).

Kyle Kuzma had 25 points and 10 rebounds for Washington, which shot 45 of 90 from the floor (50%) and committed only eight turnovers. The Wizards seized the lead for good midway through the second quarter.

Deni Avdija scored 13 points and Kentavious Caldwell-Pope made four 3-pointers for 12 points in his return from a virus-related absence.

Kevin Love had 24 points and 11 rebounds for Cleveland in its first game since losing point guard Ricky Rubio for the season with a torn left ACL. Evan Mobley added 21 points as Cleveland lost consecutive games for the first time since Dec. 5-6.

Beal made nine of 13 shots before halftime, and his dunk off a feed from Corey Kispert gave Washington its largest lead of the half, 58-51, at the break.

That was part of a 16-2 run that stretched into the third quarter.

Caldwell-Pope opened the third with a 3, Beal followed with a tough leaner, Brad Wanamaker converted a three-point play and Kuzma dunked in transition as Washington raced to a 68-52 advantage. 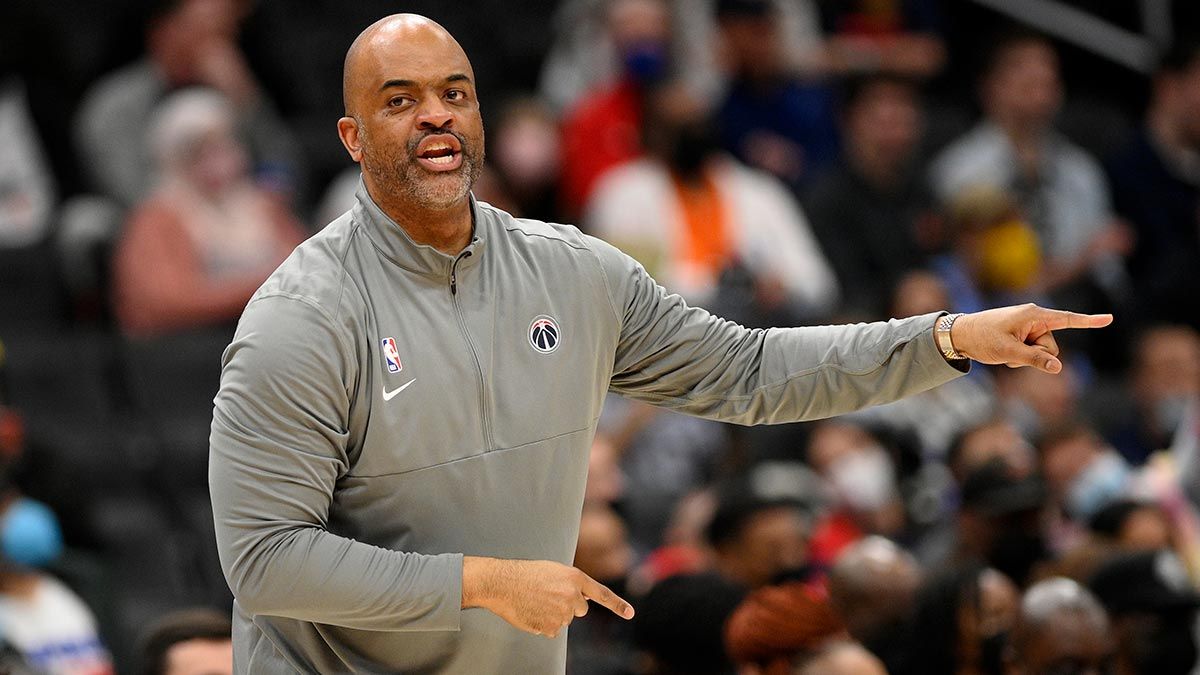 Cavaliers: F Lamar Stevens and G/F Dylan Windler returned after a 12-day layoff spent in the league's health and safety protocols. … In Rubio's absence, rookie G Kevin Pangos made his first career start. … The Cavs had their streak of consecutive 100-point offensive performances snapped at 17 games.

Wizards: C Daniel Gafford had 11 points and nine rebounds. ... G Spencer Dinwiddie was placed into health and safety protocols before the game. … Beal picked up a technical with 8:35 to play in the third quarter. …Wanamaker made his third career NBA start and first with Washington after signing a 10-day contract via the NBA hardship exception on Thursday. … C Jamie Echenique also signed a 10-day contract via hardship exception.

With a team-store discount for the crowd on the line, this time the former Rutgers guard came up empty in three attempts from the center circle.