TORONTO — The Washington Wizards have a new coach and a new supporting cast around Bradley Beal, the superstar they are hoping will lead the franchise out of its enduring doldrums.

For one night, it all came together for the Wizards, even in the charged atmosphere of the Raptors' long-awaited return to Toronto.

Kyle Kuzma — acquired with Harrell in the trade that sent Russell Westbrook to the Lakers — had 11 points and 15 rebounds for Washington. Spencer Dinwiddie, acquired from the Nets in the same four-team deal, scored 13 for the Wizards, who led by as many as 29 points to give coach Wes Unseld Jr. a victory in his first game.

"I think we drenched all the clothes he had when he came back into the locker room," center Daniel Gafford said.

After drying off, Unseld praised his team's defensive effort.

"I just like the way we played," Unseld said. "We started strong, we talked about having momentum. We knew at the start they were going to play with high energy and be very physical. We weathered the storm and made shots early."

Fred VanVleet scored 12 points and rookie Scottie Barnes had 12 in his debut, but it was a disappointing performance for the Raptors, who played in Toronto for the first time since a Feb. 28, 2020 loss to Charlotte. Toronto relocated to Tampa last season because of border restrictions stemming from the COVID-19 pandemic.

Beal credited Harrell for helping the Wizards maintain their focus through the pregame ceremonies for the Raptors, which included a brief musical performance by Toronto rapper Kardinal Offishall.

"They kind of had a concert," Beal said. "He said, 'Make sure we're locked in, ready to go from the beginning because we're here to play basketball.' That was a great message from him to the rest of the group."

Washington shot 5 of 27 from 3-point range, but Toronto wasn't any better, missing 19 of its first 21 3-point attempts and finishing 7 of 34. The Raptors shot 30.9 percent from the field overall.

"We weren't really executing much of anything at either end," Raptors coach Nick Nurse said.

The Raptors scored the first five points of the game, promptly gave up a 7-0 run, and never led again. 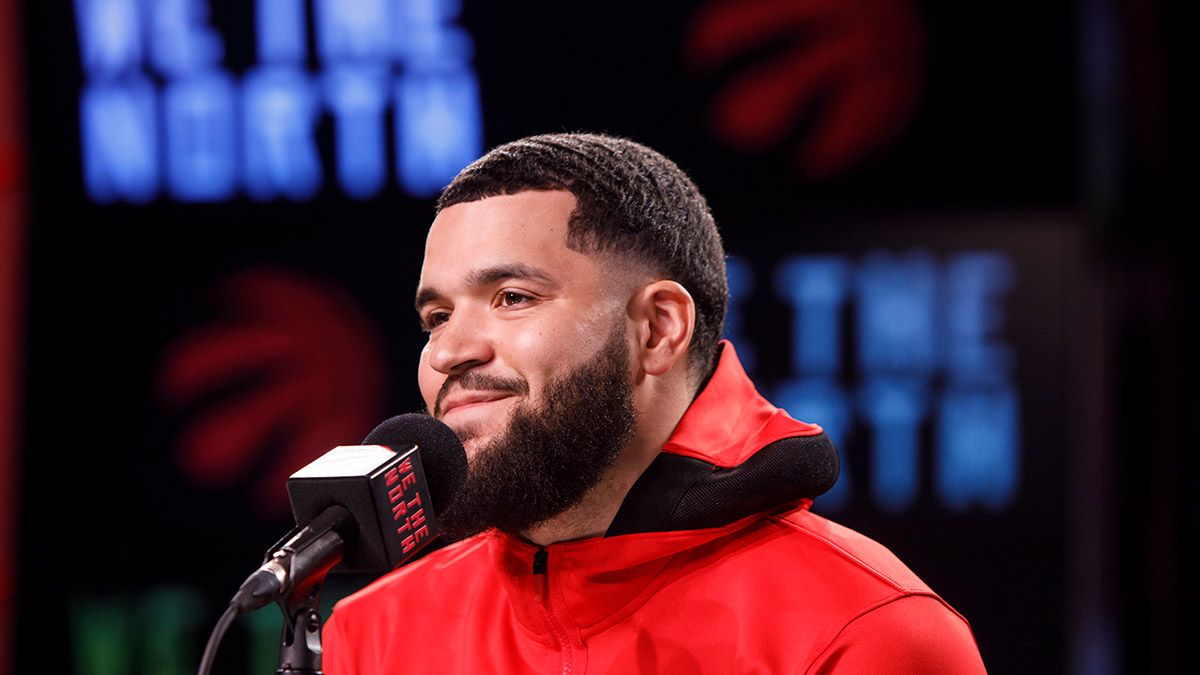 Fred VanVleet goes 5 for 20, including 1 for 9 from the three-point line.

Many in the sellout crowd of 19,800, including rapper Drake, had long since departed by the time the final buzzer sounded.

Barnes, the fourth pick in this year's draft, shot 5 for 13 and made a team-high six turnovers.

"He got his feet wet and you can see a good player there," Nurse said.

Wizards: Harrell had nine rebounds, giving him 2,007 for his career. ... Beal went 8 for 8 at the free-throw line. ... The Wizards had 56 points in the paint. ... Washington opened a season at Toronto for the third time. The Wizards were last north of the border for an opener in 2005.

Raptors: VanVleet addressed the crowd briefly before the game. ... Anunoby missed nine of his first 10 field goal attempts. ... Barnes had nine rebounds. ... F Chris Boucher, who missed most of the preseason after needing surgery to repair a dislocated left middle finger sustained in a practice collision with teammate Precious Achiuwa, returned ahead of schedule to face the Wizards. ... General manager Bobby Webster said during a radio appearance Wednesday that F Pascal Siakam (left shoulder) has resumed a limited practice schedule.

Toronto-born G Dalano Banton, the first Canadian draft pick in Raptors history, made a buzzer-beating half-court 3 at the end of the third for his first NBA basket.

The Raptors lead the league with a record-tying 10 international players from a record nine countries on their opening-night roster.

Wizards: Open their home schedule against Indiana on Friday night.