Boosted by big crowds, Suns look to seize control of series against Nuggets

PHOENIX — It would have been an awesome play even when Phoenix Suns Arena was empty: Cameron Payne floated a pass to a streaking Torrey Craig, who soared through the air before grabbing the alley-oop and flushing a powerful dunk with two hands.

But there was one thing that made it even more special for the players.

As COVID-19 restrictions have slowly eased, the Phoenix Suns' fan base is relishing the team's return to playoffs for the first time in 11 years. The franchise welcomed a raucous sellout crowd of 16,219 on during its 122-105 victory in Game One over the Denver Nuggets. That's just below the arena's listed capacity of around 18,000.

"This was the loudest game, to be honest, that I've ever played in," Suns forward Deandre Ayton said.

Game Two of the Western Conference semifinals is on Wednesday in Phoenix (Thursday, Manila time).

Though there have been some well-documented instances of poor fan behavior during the NBA's postseason, there's little doubt that a loud arena can also be a very, very fun one. The Suns have taken advantage of their loud home court so far, winning three of four postseason games in the desert.

"This crowd is crazy, it's crazy having all the fans in there," Suns guard Chris Paul said. "The energy — there's nothing like it. I told the guys 'This is why we fought so hard during the regular season to get home court advantage.' I think we truly have that with our fan base here."

Paul's stellar fourth quarter during Monday night's win was obviously good news for the Suns. The 11-time All-Star has fought through a shoulder injury that he suffered in Game 1 of the first round against the Lakers. He finished with 21 points and 11 assists on Monday, becoming just the third player age 36 or older who has had at least 20 points and 10 assists in a playoff game.

Paul's hopeful that Game Two can be even better, but acknowledged he's taking it game by game.

"It definitely loosens up," Paul said. "One thing about it is you don't get no practice time. The only way you get to see how it is, is during the game."

As for Denver, coach Michael Malone wants to see more toughness from his team after a "soft" effort in Game 1. 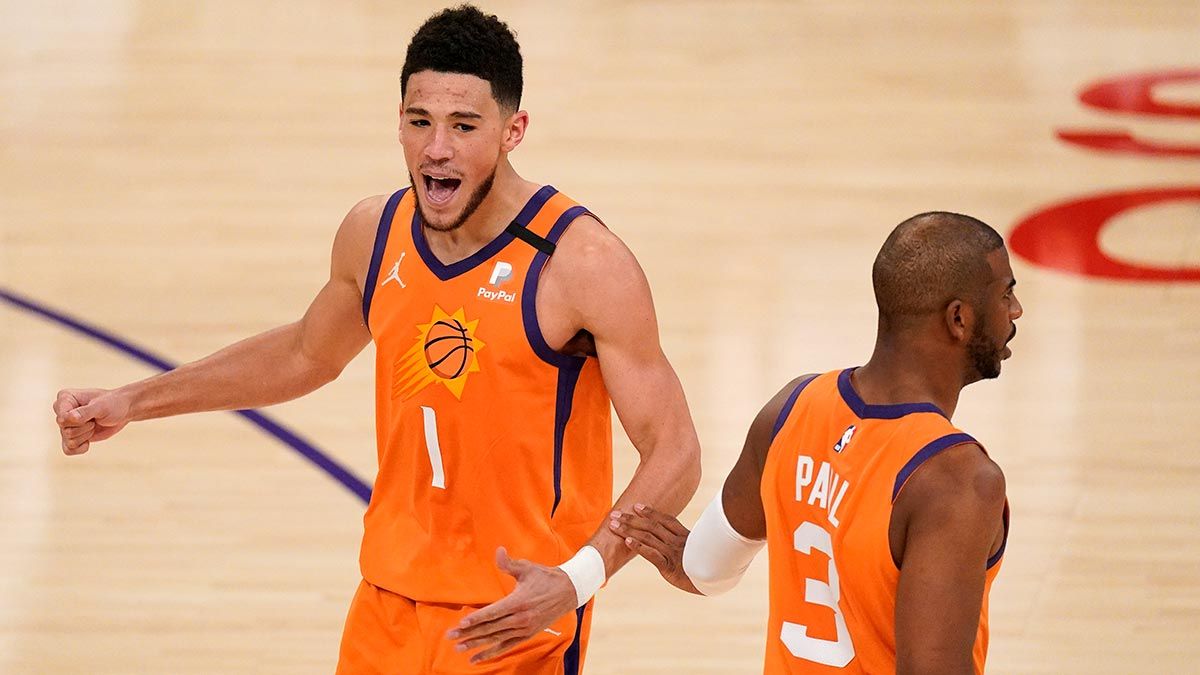 — NEED TO KNOW: The Suns are rolling in their first trip to the postseason in 11 seasons. They've already dispatched the defending champion Los Angeles Lakers and now they've got a chance to go up 2-0 on the Nuggets. Phoenix is getting contributions from all over the roster and four players — Mikal Bridges, Ayton, Devin Booker and Paul — all scored at least 20 points in Game 1.

— KEEP AN EYE ON: Craig. He gave Phoenix big minutes off the bench in Game One, with nine points and seven rebounds. The highlight was the high-flying dunk on an alley-oop pass from Payne that was the exclamation point on a big second half run to take control in the win.

Craig played for Denver during the previous three seasons so he knows the team well. His Phoenix teammates say the forward has been valuable in sharing the tendencies of the Nuggets' players.

"It felt good — going out there and competing against those guys," Craig said. "They're a great team. They've got a lot of great players. Any time you're in a situation where you're competing against a good, you get up for it, you rise to the occasion."

— INJURY WATCH: Nuggets forward Michael Porter Jr. had 15 points and seven rebounds in Game 1 but most of his production came early. Malone said Porter hurt his back at some point late in the first half and didn't look quite as explosive in the aftermath. Denver probably needs him close to full strength to take Game 2.

— PRESSURE IS ON: Nuggets forward Nikola Jokic. The NBA's Most Valuable Player was excellent in the first half of Game 1, scoring 15 points and six rebounds as Denver grabbed a 58-57 halftime lead. But when Phoenix went on its 34-9 run to take control in the second half, Jokic didn't do much, and he finished with 22 points on 10 of 23 shooting.

Now that starting point guard Jamal Murray is out for the season with a knee injury, the offensive load is even heavier for Jokic, who averaged 26.4 points, 10.8 rebounds and 8.3 assists during the regular season.