Suns stretch streak to 10 with squeaker over Doncic-less Mavs

Chris Paul drove to the basket and was about to fall out of bounds before finding Ayton for the dunk and a 100-96 lead with 1:27 left. Paul had seven assists in the fourth quarter and finished with 14.

Booker hit a long 3-pointer with the shot-clock expiring with 50 seconds left to seal it. The Suns scored 37 points during a stellar fourth quarter.

Dallas lost for the second time in the last seven games. The Mavericks were playing their first game this season without star guard Luka Doncic, who suffered sprains to his left knee and ankle in the waning moments of a victory over Denver on Monday.

The game was tight throughout, though the Mavericks usually had a slight advantage. Booker gave the Suns their first lead of the fourth quarter at 87-86 when he made a driving layup with 5:32 left.

Dallas took a 73-68 lead into the fourth quarter after Trey Burke hit a shot just before the third-quarter buzzer.

The Mavericks held a 46-45 lead at halftime. Booker had 15 points for the Suns, and Ayton added 10 points and eight rebounds. Porzingis had 14. 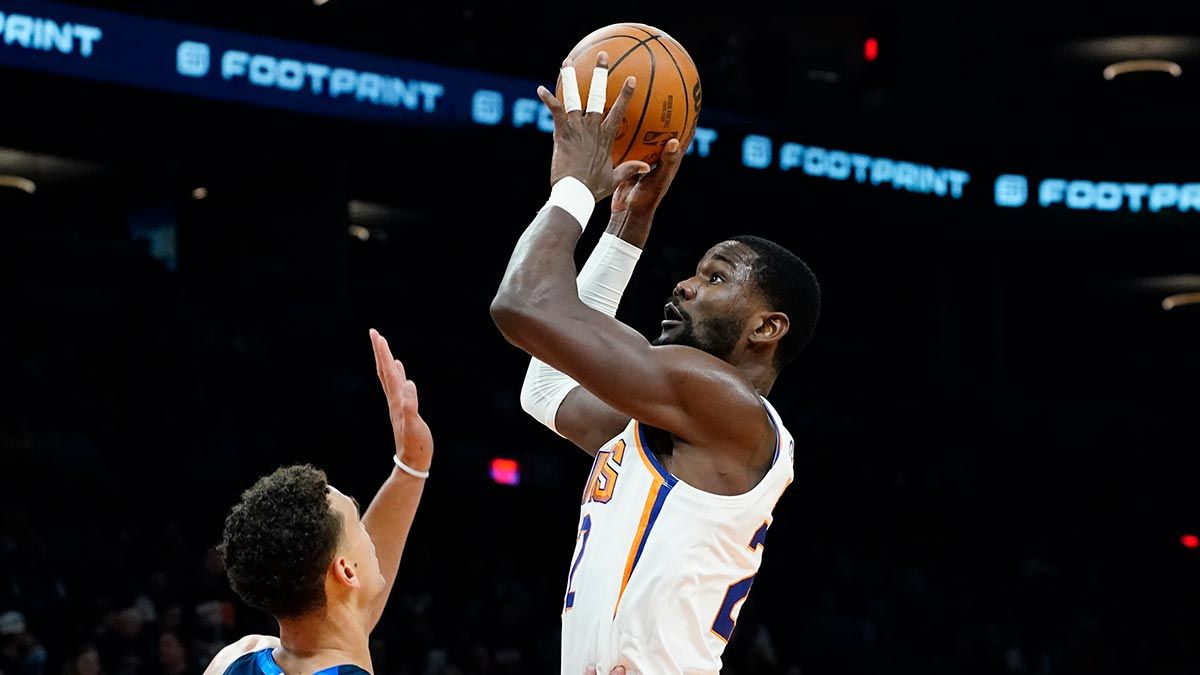 Ayton finished with his 100th double-double in 186 career games, which is the quickest to that mark in franchise history.

Suns: F/C Frank Kaminsky (knee soreness) didn't play. ... It took the Suns nearly four minutes to score their first point. Phoenix missed its first seven shots and fell into an 8-0 hole before Ayton made a fallaway jumper. ... Paul missed his first nine shots of the night before making a 15-foot jumper early in the fourth quarter. He has seven points. ... Landry Shamet scored 11 points off the bench. JaVale McGee added 10 points and six rebounds.

The Mavericks and Suns play each other again on Friday night in Phoenix.