He shot 10 of 18 (.556) from the field overall while playing just 24 minutes after sitting out a game with a sprained left ankle.

Bogdanovic was a game-time decision before making his second start.

"It's awesome to see him so happy and just be back," guard Donovan Mitchell said. "He creates. He does a lot of things off the ball. He gets into the paint. It draws a lot of attention and makes it easier for us." 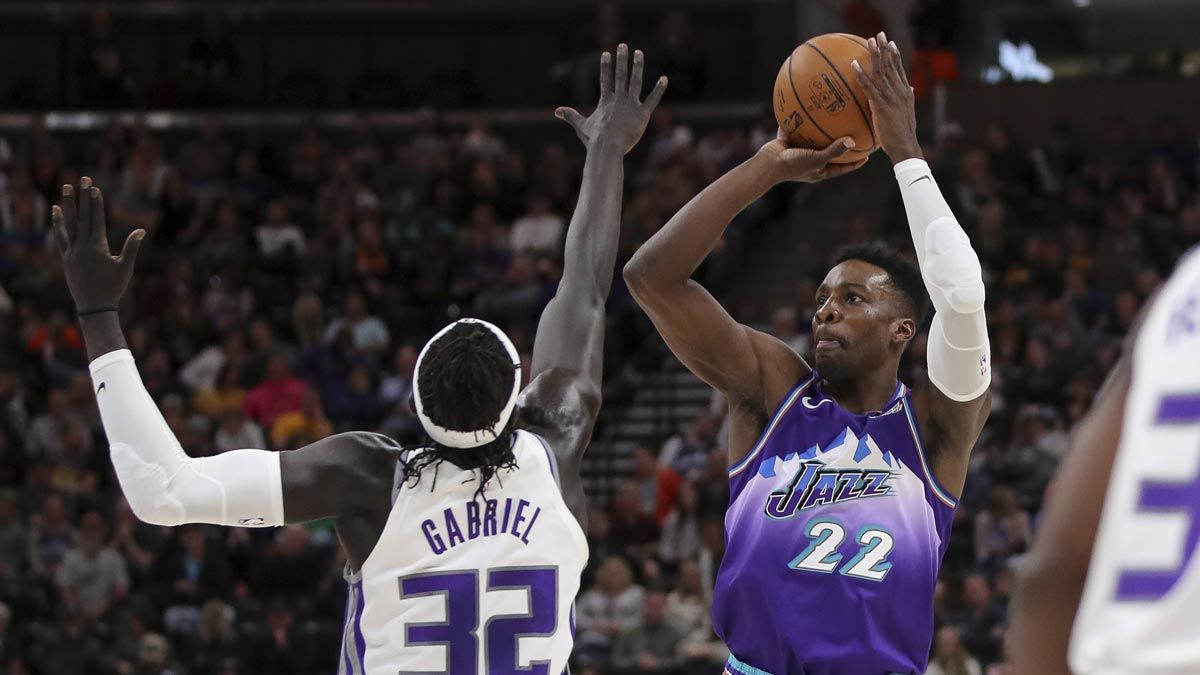 "We all live long enough to have good days and bad days," Jazz coach Quin Snyder said. "The way that our team responded from (the loss to the Lakers) to me is the significant thing."

Dwayne Dedmon scored 11 points and Bogdan Bogdanovic added 10 for the Kings, who failed to overcome 37% shooting from the field.

The teams combined for 39 turnovers.

Sacramento coach Luke Walton pulled all of his starters at once with 8:39 remaining in the third quarter after the Kings fell behind by 32 points. Only Dwayne Dedmon returned in the fourth quarter.

"There really wasn't much to be discussed," forward Harrison Barnes said. "We weren't getting it done with the energy and effort starting off the game in that third quarter, so he made the decision to pull us."

Once Bojan Bogdanovic hit the court, he wasted no time torching Sacramento's defense. He scored three straight baskets to ignite a 16-2 run in the first quarter. Then Bogdanovic punctuated the run with his first 3-point basket, giving the Jazz an 18-8 lead.

"He might need to take a couple of more games off if he's gonna come back like that every time," Conley said. "He's a big piece and when he's hot, he's hot. We kept finding him. Guys were being unselfish and finding the hot hand." 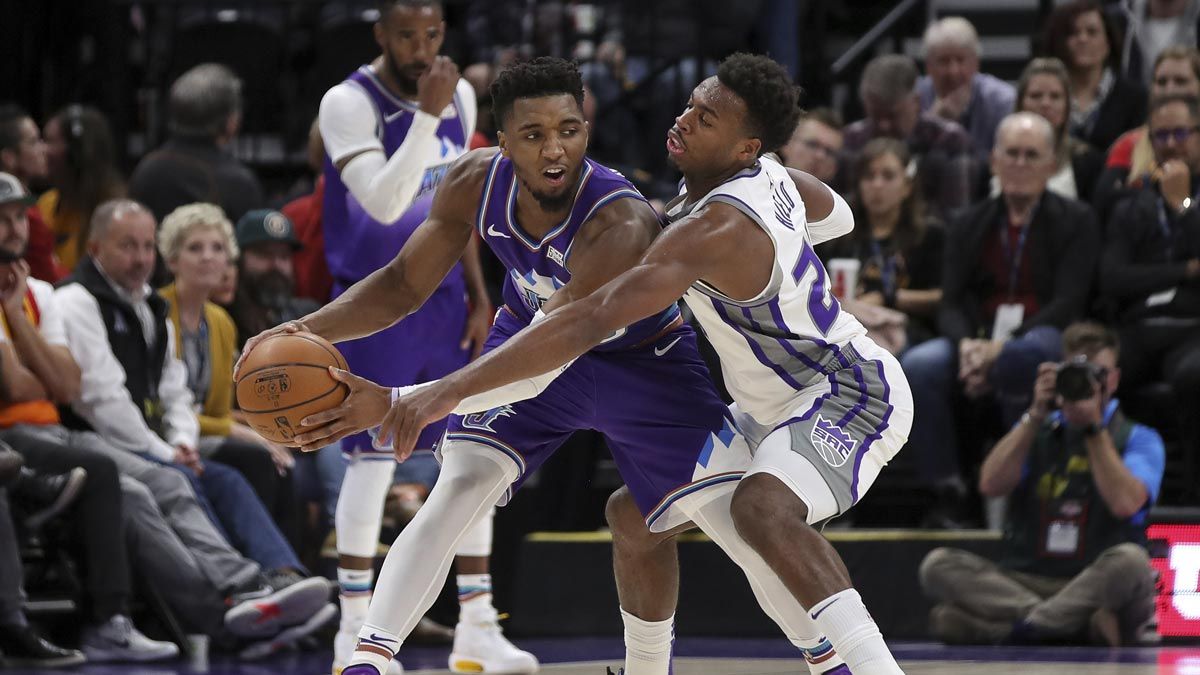 Sacramento cut the deficit to five points on four occasions during the quarter — the final time on Nemanja Bjelica's layup that made it 28-23. The Jazz offense smothered the Kings after that and steadily pulled away.

Jeff Green hit back-to-back 3-pointers to extend Utah's lead to 46-33 early in the second quarter and the Jazz maintained a double-digit lead the rest of the way.

The Jazz used a 19-2 run, spanning the second and third quarters, to take a 75-43 lead. Bojan Bogdanovic, Mitchell, and Conley all hit 3-pointers to fuel the run, which prompted Walton to sub out his entire starting lineup.

"That's not who we are," Walton said. "That was, honestly, an embarrassing performance we gave out there, coaches included."

Sacramento has dropped its first two road games by an average margin of 30.5 points. During their 0-3 start, the Kings have allowed each opponent to shoot over 50% from the field. Sacramento, on the other hand, shot under 40% in two of the three contests.

Transition baskets, normally a strength for the Kings a season ago, have tapered off. Sacramento has totaled 19 fast-break points in three games.

"Three games, we're barely getting over 100 points," Barnes said. "The fast-break points are obviously low. Our turnovers, you know, aren't allowing us to get out and run."

The Jazz tied a franchise record with 13 made 3-pointers in the first half. Bogdanovic accounted for four of those outside baskets. Utah finished the game with 18 3-pointers, after combining for 14 baskets from the perimeter over its first two games against Oklahoma City and the Los Angeles Lakers.

"It was much needed," Conley said. "Our defense has really carried over the last few games. Tonight, our offense picked up on that end too."

Kings: De'Aaron Fox finished with five assists in 20 minutes. . Bogdanovic's turnaround bank shot with 5.5 seconds left in the second quarter was waved off at halftime after being ruled a shot-clock violation. ... Sacramento forced 21 turnovers.

Jazz: Conley was 5 of 11 from the field after totaling just four field goals in his first two games. ... Georges Niang is averaging 12.0 points in his last two games after going scoreless in the season opener. ... The Jazz finished with a 12-4 edge in fastbreak points. ... Utah finished with a 43-30 advantage in rebounds

Kings: At Denver on Monday.

Jazz: At Phoenix on Monday.