Undermanned Hawks still too much for Heat’s leaky defense

Miami, which had won three straight following a three-game skid, dropped to 31-29 after making just three field goals in the fourth. The Heat began the game No. 7 in the East, but they trailed by 12, the game's first double-digit lead, when Lou Williams hit a 3 with 9:45 remaining. Williams followed by stealing the ball and hitting a layup to make it 103-89, and the Heat were in trouble.

Miami's defense was lacking early as the Hawks led 62-61 at halftime, and the Heat trailed by as many as 16 when Brandon Goodwin hit a reverse fast-break layup with 8:45 left in the game.

There were six lead changes in the third before Atlanta took charge in the fourth. The Hawks never trailed after Collins' layup made it 79-78 at the 4:38 mark of the third.

Kendrick Nunn finished with 21 points, thanks for five 3-pointers, led the Heat. Jimmy Butler scored 18, and Bam Adebayo had 16 for Miami.

Butler's pair of free throws pulled the Heat within nine with 3:50 remaining. Solomon Hill answered with a layup for Atlanta, and the Hawks led by double digits the rest of the way.

The Hawks reclaimed the lead at 29-28 on Nathan Knight's dunk late in the first and were up 31-30 at the end of the period. Both teams got off to hot start with Miami shooting 66.7 percent and Atlanta 65.4% early in the second with Miami leading 42-40 on Tyler Herro's 3. 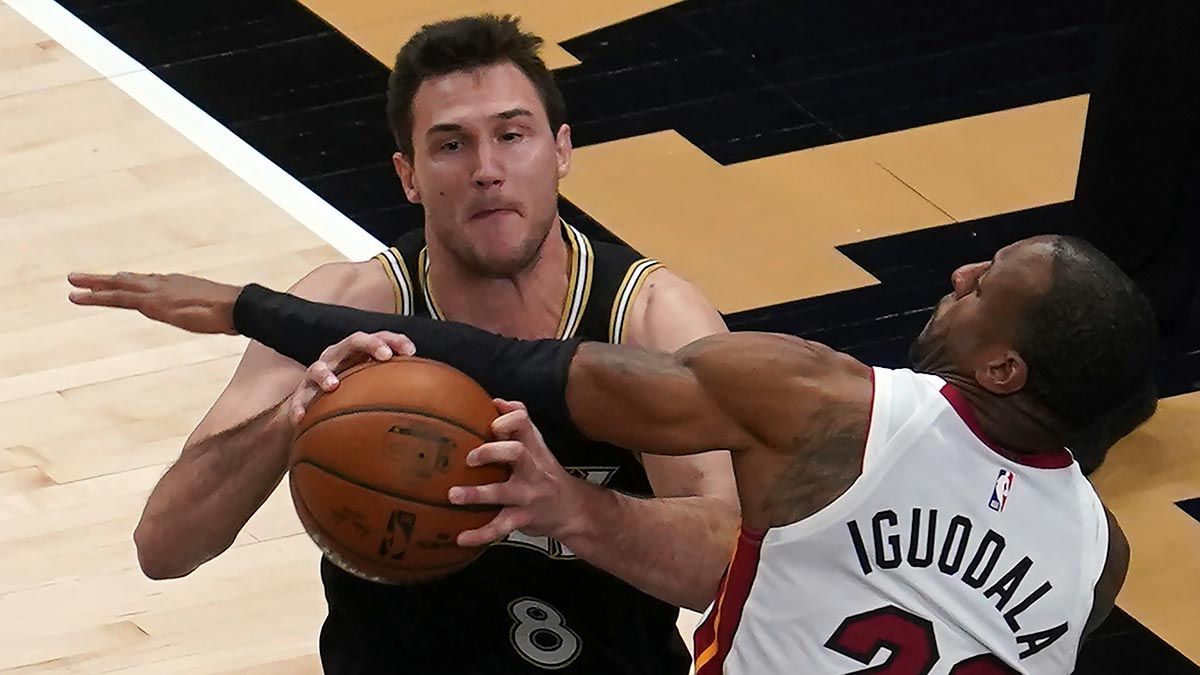 Heat: Trevor Ariza had his first double-double of the season. ... Miami was coming off two straight 20-point victories, its first such streak since 2016-27. ... The Heat began the game leading the NBA in opponents' points in the paint and fast-break points, but they couldn't take advantage of Capela's absence. ... Duncan Robinson, the only Heat player to appear in every game this season, has hit least two 3-pointers in 24 consecutive games, tying his own franchise-best record from last season.

Hawks: Gallinari, who missed six straight games with right foot soreness, returned to score 17. ... Goodwin had 17, too. ... Atlanta has played much of the season without starters De'Andre Hunter and Cam Reddish, both of whom missed another game. ... Interim coach Nate McMillan didn't have an immediate timetable on the potential returns of Young and Capela. ... Rookie C Onyeka Okongwu made his third start of the season in Capela's spot and finished with six points and seven rebounds in 28 minutes. ... Atlanta has its best record through 60 games for the first time since 2016-17.