The Pistons had lost seven in a row overall and 10 straight on the road before beating Denver on Tuesday, their first away victory this season. Despite playing back-to-back, the Pistons were quicker to the loose balls and seemed to grab all the 50-50 rebounds.

Malik Beasley led Utah with 29 points and a season-high eight 3s while Jordan Clarkson had 24 points and Collin Sexton, starting for the injured Mike Conley (knee), set a career high with 11 assists.

Bogdanovic spent three years with the Jazz before he was traded in the deal that brought Kelly Olynyk to Utah. He played his best in clutch situations, as Jazz fans saw him do often. 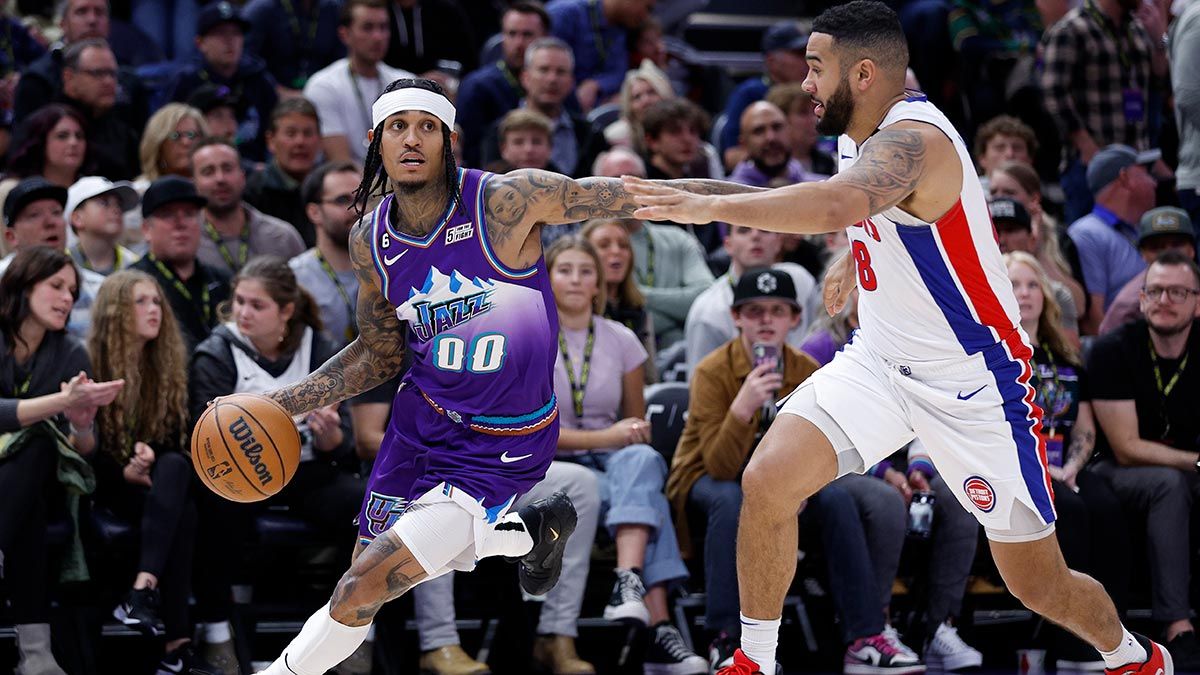 Jordan Clarkson goes 9 for 17 in 37 minutes of action.

After the Jazz got within 113-110 with 3:49 to play, Bogdanovic found Burks for a 3-pointer and added two free throws while the Pistons held Utah scoreless for 3:22.

The Pistons were up by as many as 14 in the first half before settling for a 66-54 halftime advantage, bolstered by a 15-2 edge in second-chance points.

Beasley had 14 more 3s than any other reserve player in the league coming into the game and continued to give the Jazz instant offense, especially on a night when they struggled defensively.

The Pistons continually drove the lane and made layups or found wide-open 3-point shooters in the corners.

Pistons: Scored 17 points off nine Jazz turnovers in the first half. ... Shot 25 of 27 from the line and had nine steals. ... Killian Hayes (left calf) did not play in the second half.

Jazz: Lauri Markkanen, who leads the Jazz in scoring at 22.4 points per game, was scoreless in the first half and finished with 13 points. ... Clarkson moved into fifth all-time for 3s made in Jazz history with 551, passing Bogdanovic. ... Kessler, who had five rejections, is the leading shot blocker among rookies.

Pistons: At Phoenix on Friday.

Jazz: At Golden State on Friday.