ATLANTA — The Atlanta Hawks may be without their top 3-point shooter with their season on the line.

Bogdan Bogdanovic's status is uncertain for Sunday night's Game Seven of the Eastern Conference semifinal series at Philadelphia (Monday, Manila time) due to a knee injury.

Bogdanovic left Friday night's 104-99 home loss to the 76ers in the fourth quarter with right knee soreness and did not return.

Coach Nate McMillan said Saturday the soreness is not related to the fracture in the same knee which forced Bogdanovic to miss 25 games early in the season.

Asked if he is optimistic Bogdanovic can return for the decisive game of the series, McMillan said "I really don't know or have an answer to that question. ... We'll see how he feels later today and tomorrow."

Bogdanovic struggled before leaving Friday night's game. He made only 3 of 11 shots and scored only seven points. After scoring 22 points in Game 4, he managed only six points in Wednesday night's Game Five win.

"Basically this came about in the last game or so," McMillan said of Bogdanovic's sore knee. "It's nothing related to the injury earlier in the season."

Perhaps the most telling sign the knee was affecting the guard's performance on Friday night came when Bogdanovic missed each of two free-throw attempts early in the fourth quarter.

If Bogdanovic can't play, it would be another blow to the Hawks' perimeter depth. The team already has lost former starter De'Andre Hunter, who had surgery to repair a small tear of the lateral meniscus in his right knee and is out for the postseason.

Kevin Huerter, who would be an option to fill in for Bogdanovic at shooting guard, already has moved into Hunter's small forward spot. 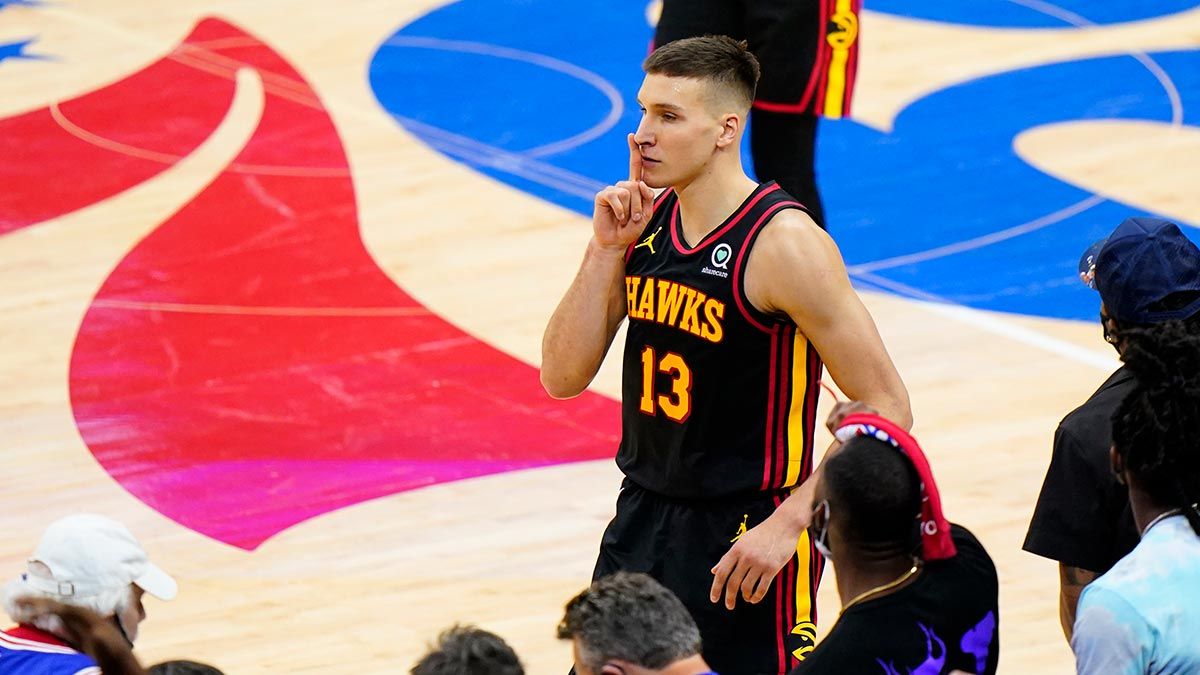 Bogdanovic had been Atlanta's second-leading scorer in the postseason, averaging 15.4 points before Friday night. He averaged 16.4 points in the regular season and was a key to Atlanta's strong finish to the regular season. Since April 1, he led the Eastern Conference with 128 3-pointers.

Trea Young, who scored 34 points on Friday night, would have to carry an even bigger scoring load if Bogdanovic can't play.

"We've got to be ready to play with or without him," Young said Friday night. "Obviously he's a big piece of our team and brings a lot of scoring. ... Nobody is going to feel sorry for us if we lose. We've got to go out there and play hard."

Lou Williams, who did not score while missing each of his five shots on Friday night, could be forced into a bigger role in Game 7. Other options include Tony Snell and Solomon Hill.