Dame after another Blazers early exit: How long should I stay dedicated?

PORTLAND, Oregon — After a second straight first-round playoff exit, it has become clear the Portland Trail Blazers need more than just the heroics of Damian Lillard.

It is all but certain the Blazers will look different next season. Even Lillard fueled speculation about his own future in Portland following the elimination loss to the Denver Nuggets.

He posted a photo of himself in street clothes at the Moda Center. The caption that he added quoted the late rapper and activist Nipsey Hussle.

Portland finished the regular season 42-30 and earned the sixth seed in the Western Conference. It was the team's eighth straight trip to the playoffs, the longest active streak in the league.

Portland was riding momentum, having won 10 of its final 12 regular-season games. The Blazers were also healthy, with both big man Jusuf Nurkic and guard CJ McCollum back from extended absences because of injuries.

But the Blazers got eliminated in six games by third-seeded Denver. Portland's run ended with a 125-115 loss at home Thursday night.

Lillard averaged a league-best 34.3 points and 10.2 assists in the playoffs, after averaging 28.8 points and 7.5 assists during the regular season.

He had 55 points, including a playoff record 12 3-pointers and 10 assists in Game Five against the Nuggets, but Portland still lost, 147-140 in double overtime.

"We've got to keep fighting, keep working and keep coming back to battle," he said. "Regardless of how it ended, we are always going to have our heads held high, have class. They won, congratulations to them, but it's back to the drawing board to us."

A four-time All-Star, Lillard just wrapped up his ninth NBA season. The closest he's come to a title was in in 2019, when Portland advanced to the Western Conference finals but fell in four games to Golden State.

"We didn't win a championship, so obviously where we are now isn't good enough," he said. 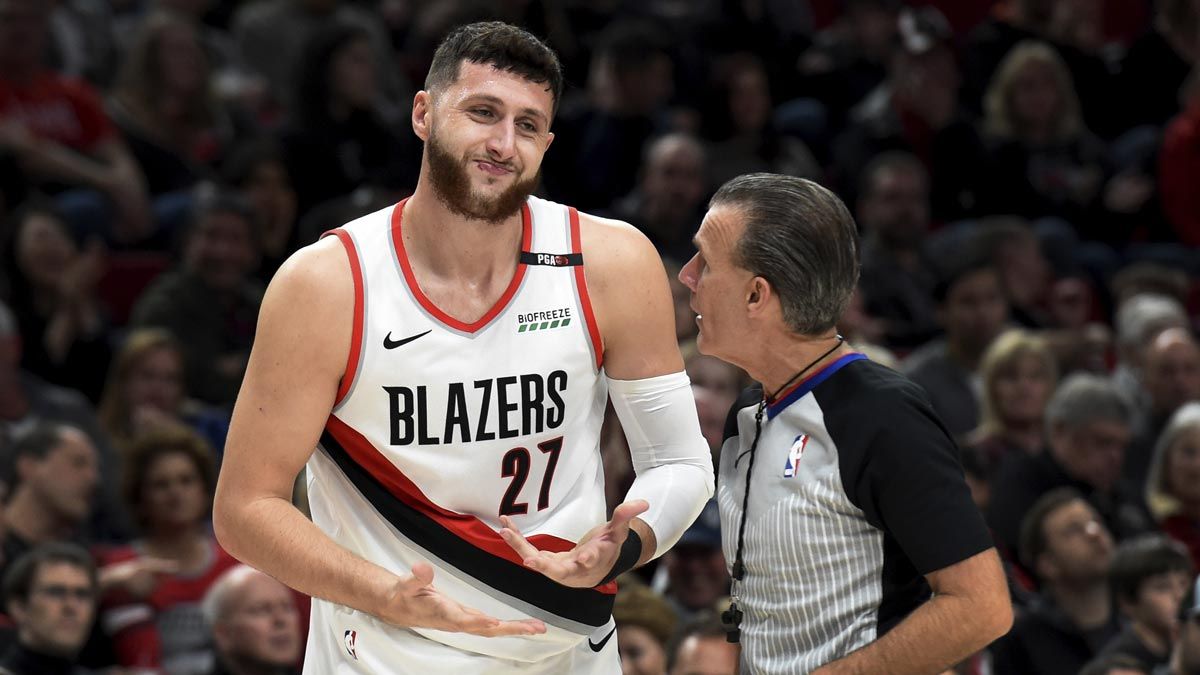 Nurkic, who averaged 11.5 points and nine rebounds but missed time with a fractured right wrist, has one year left on his contract — but only $4 million is guaranteed. He didn't sound committed to returning next season following the loss, explaining he would come back if it was the "right situation."

But when asked what the right situation would be, Nurkic replied: "I don't know. But it's not this."

McCollum, Lillard's backcourt teammate, averaged 21.3 points this season, his best since joining the league in 2013. But he missed games with a fractured foot.

Ten-time All-Star Carmelo Anthony, who filled a key role off the bench for Portland this season, will be an unrestricted free agent, along with Enes Kanter. Norman Powell has a player option for next season.