SAN ANTONIO — Tim Duncan was back in charge in San Antonio and the Spurs were flourishing under his leadership again.

Duncan was directing players on defensive assignments, encouraging them and providing needed leadership. But in the end, he couldn’t provide the same late-game heroics from the bench that he long did on the court.

Duncan took over just 13 games into his first season as an assistant coach. Popovich was asked if he considered having Becky Hammon take over to make history as the first woman to lead an NBA team. 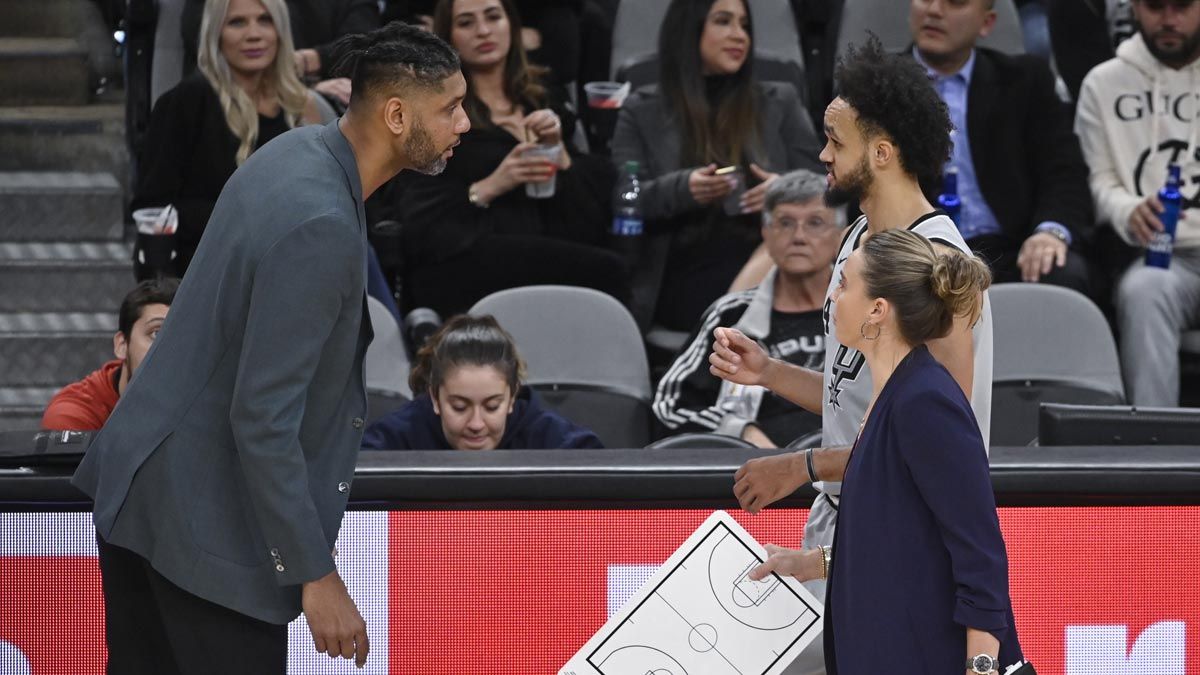 LaMarcus Aldridge had 30 points and 13 rebounds but the Spurs lost their fifth straight and fell to 5-8.

Damian Lillard added 22 points and Hassan Whiteside had 21 points for Portland (5-8), which rallied from a 15-point deficit in the fourth quarter to snap a four-game skid in San Antonio.

“We’ve blown leads before, so we kind of know what to expect,” McCollum said. “Once you do it, you’ve got to stay grounded, focus on the little stuff.”

Before the game, Popovich said coaching could only go so far and it was up to each player to take responsibility for his own mistakes and performance during this losing streak. Popovich put that responsibility squarely on the Spurs when he was ejected early in the third quarter.

Popovich was ejected after walking onto the court to berate official Jason Goldenberg over a non-call. Popovich calmly walked off the court following his first ejection of the season.

Duncan, Hammon and Will Hardy coached by committee, but it was Duncan calling the plays and screaming out instruction. 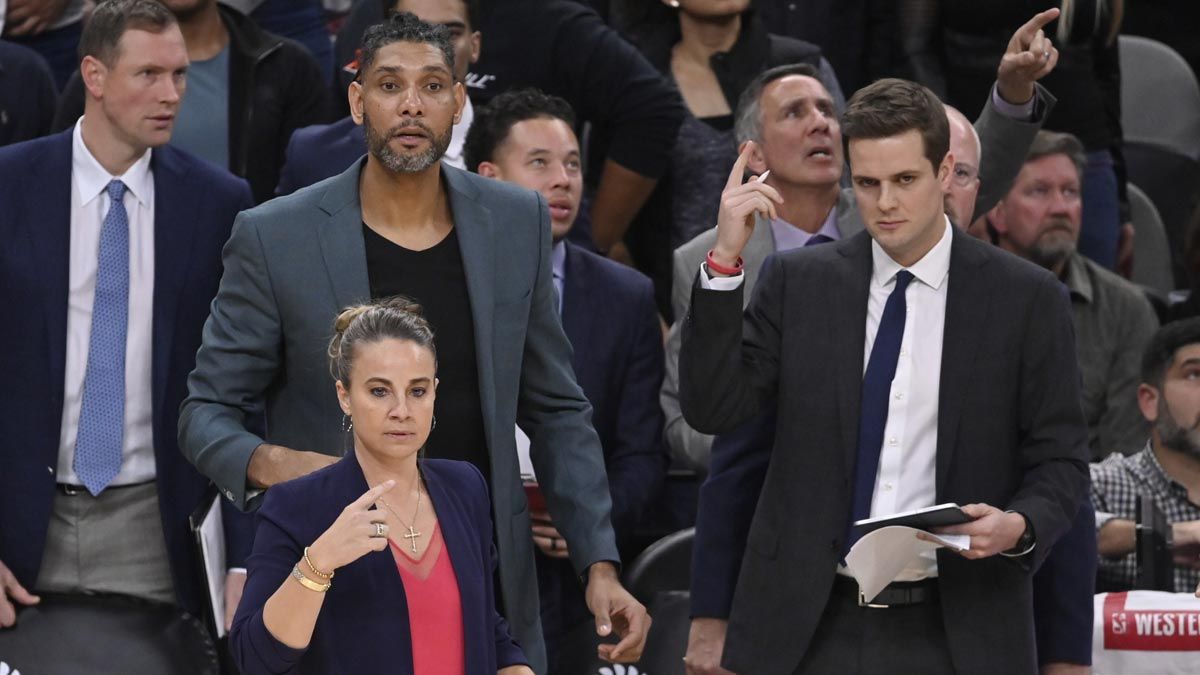 “It was cool,” Spurs guard Bryn Forbes said. “It didn’t really feel like a huge difference. I think he did a good job. He took control. He helped lead us to a big lead.”

San Antonio took a 111-104 lead with 4 minutes remaining but couldn’t hold on. Portland took a 114-111 lead on Rodney Hood’s three-point play on a left-handed hook and foul on DeMar DeRozan.

DeRozan was later called for a charge against Hood that was changed to a pushing foul after a coaching challenge by the Spurs. The Blazers took a 116-113 lead with 37 seconds following the review.

DeRozan was still upset by the call after the game, stating Hood hit him in the face prior to any possible push off.

“As soon as we say something out on the court, we get a tech,” DeRozan said. “We’re held responsible for things we say about the refs, but when refs cost us the game, I don’t know what we get. An apology later on after it’s reviewed?”

After trailing by 23 points in the opening minute of the second quarter, the Spurs went on a 34-15 run capped by Aldridge’s sixth 3-pointer. Aldridge had 10 3-pointers last season.

The Spurs stormed to a 96-90 lead late in the third quarter behind a series of energy plays that drew thunderous cheers from the previously restrained crowd.

“We’ve got to play the way we played after Pop got kicked out the full game,” DeRozan said. “Fighting against bad calls, so many things out there, we just listened, went out there and played hard.”

Trail Blazers: Portland’s bench had 25 points led by eight peach by Mario Hezonja and Kent Bazemore. … The Blazers lost 113-110 in San Antonio on Oct. 28 when Lillard’s 3-pointer at the buzzer rattled out of the rim.

Lillard and McCollum both reached out to Carmelo Anthony after he agreed to sign with the Trail Blazers.

Anthony has not played since Nov. 8, 2018, with the Houston Rockets, but he spent the past summer working out with McCollum and others.

“He looks like he’s changed his body a little bit,” McCollum said. “Started lifting more on his legs, his lower half. He was dunking this summer. He doesn’t usually dunk, so that’s how I knew he was feeling good. I don’t know if it was because of the work or because he’s been off or a combination, but he looked like he had new life, more bounce in his step.”

Spurs: At Dallas on Monday night.