BILL Walker believes childhood friend OJ Mayo can still get his act together and bounce back from an NBA ban for violating the league's anti-drug program.

Mayo was “dismissed and disqualified” from the NBA in July last year, although he’s eligible to apply for reinstatement after two years.

“He’s my brother,” Walker said in a chat with SPIN.ph. “We come from places where a lot of people don’t make it out. That’s my brother. I wish him the best. It’s unfortunate what happened, but I know the type of character he has.

“I know that everybody’s talking bad about him, and that’s not who he really is,” he added. “That’s all I can really say. I don’t judge him. I love him, and I wish the best for him. That’s it.”

Walker and Mayo are both from Huntington, West Virginia and became high school teammates at North College Hill in Ohio, eventually facing each other in college and in the NBA. 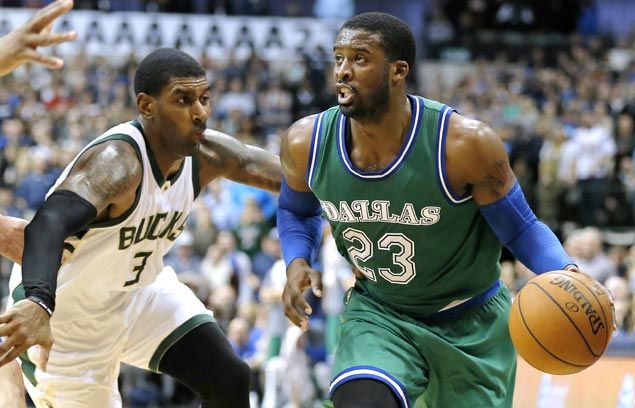 Walker admitted Mayo's influence led him to the same path.

“He’s the reason why I even played basketball,” Walker admitted. “I played football before and he came to my house, begged to play with his team, and I’ve been playing basketball ever since.”

Mayo, the No. 3 pick of the 2008 NBA draft who has played eight seasons with the Grizzlies, Bucks and Mavs, has made himself scarce since his NBA suspension and his mysterious disappearance has been tackled extensively in a recent Bleacher Report feature.

Asked if he has talked with the Mayo since his disappearance, Walker answered in the negative.

“I haven’t talked to him in a while,” Walker said. “But like I said, what happened was unfortunate, and that’s that.”

“I think he’s mature enough to know the steps he needs to take to get back to where he belongs,” he added. “He’s super talented, man. I know that he’s got the heart and he’s got the fortitude to climb back up out of wherever he’s at, his suspension, and stuff like that.

“I know he’s got the skill and the talent, and the love, and dedication to get back there. And I believe he will,” Walker concluded.