CAMDEN, N.J. — Doc Rivers tried to play Ben Simmons' return to the Philadelphia 76ers cool, just introducing the petulant point guard to the team at practice with a joke like the coach would use for any other player back from a drawn-out absence.

Only problem was, this was no ordinary return from an injury or any other ho-hum excuse.

"No," forward Tobias Harris said facetiously. "It was perfectly fine."

Harris clammed up and declined to say what he said to Simmons up his return ("I'm not telling you that answer") and Rivers was light on specifics on the All-Star guard's first day back.

Of note, no decision has been made on Simmons' status for Wednesday's season opener at New Orleans.

The true test could come at the 76ers' home opener on Friday against Brooklyn in front of 20,000 feisty fans amped to boo him out of the building. Hall of Famer Allen Iverson tweeted at Simmons, "Follow Gods plan and execute Lil bro @BenSimmons... #PhillyUnite #BestFansInTheWorld."

Best fans in the world?

Most whimsical, perhaps, after fans have started taping out the "MMON " in their No. 21 jerseys and replaced the letters with "XER."

Simmons was a holdout for training camp and the early part of the preseason in the wake of his offseason trade demand. The three-time All-Star guard made a surprise return to the team on Monday. Once he cleared the NBA health and safety protocols, Simmons was eligible to practice.

Clearing the air is another issue. 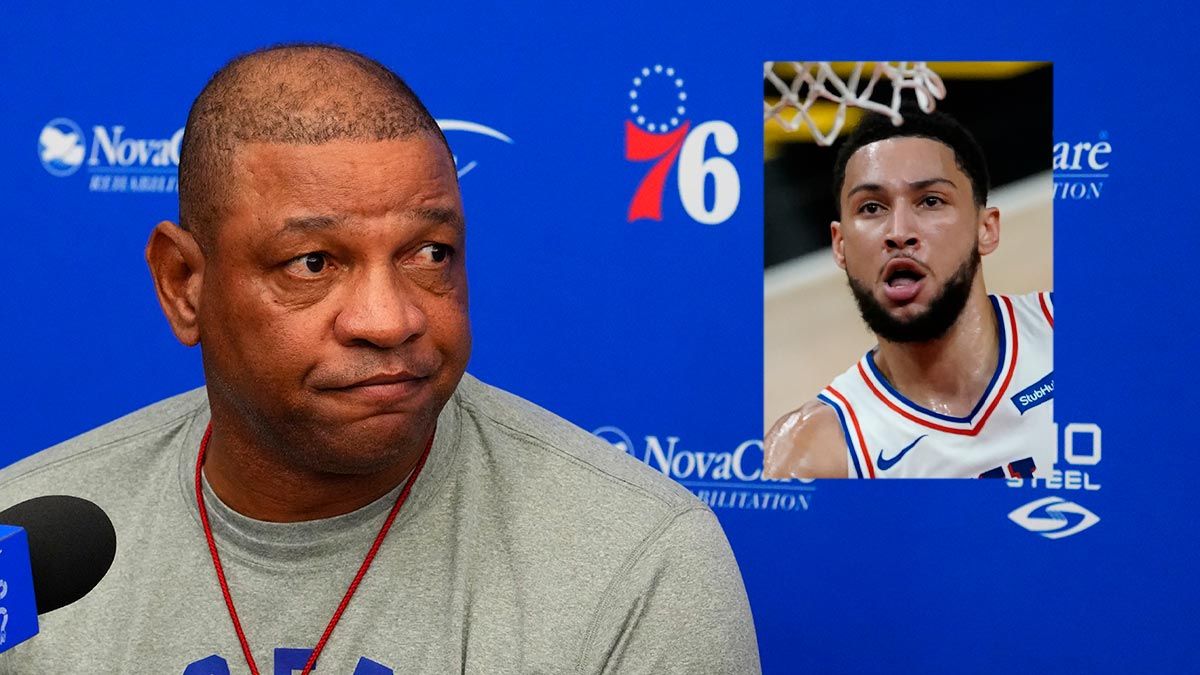 "He just showed up, you know? It was not like it was something special," 76ers guard Furkan Korkmaz said. "It was, 'Hey, how are you? What's up?'"

Simmons, the No. 1 pick of the 2016 draft, was not on the court when practice was open to the media on Sunday, and the Sixers said the guard was expected to talk at some point this week.

Simmons has plenty to answer, such as, does he still want a trade and is he willing to play for Philly this season? Was it pointed criticism from Rivers and Joel Embiid, who did not talk Sunday, after a Game Seven loss that made him want out? Simmons has not talked publicly since the offseason trade demand and the reserved guard may dance around those topics when he does speak.

"Just watching him, I thought he was in decent shape," Rivers said. "Still not, obviously, game shape."

The 25-year-old from Australia had four years and $147 million left on his max contract when he decided he wanted a trade. With the Sixers unable to strike the right deal, and monetary losses in salary and losses piling, Simmons was left with little choice but to report.

"The vibe was what it was," Harris said. "Was it perfect? No. But we're here to do a job and that's to win basketball games. We put on our big boy pants and get on the floor and do what we do."

Harris said Simmons "looked great" in the drills he participated in Sunday and the Sixers will let bygones be bygones if that's what it takes to win a championship.

"We're grown men here," he said. "This is not middle school, seventh grade, eighth grade, 'Oh you did this to me.' No. It's, as soon as we step on that floor it's just basketball. Honestly, that's the way it should be."