COLUMN: A whole lot of BS points to a looming breakup for Sixers

CHICAGO - The proverb "sticks and stones will break my bones but words will never hurt me " works for some people.

According to multiple reports, the 6-foot-11, 240-pound point guard has told the Philadelphia 76ers that he does not intend to show up in the team's training camp which opens this September 28.

The planned inaction is Simmons' way of expressing a trade demand.

Maligned by both the fans and some teammates for what was described as "spasms of cowardice" during his epic hesitancy that led to Philly's Game 7 loss to the Atlanta Hawks at home at the Wells Fargo Arena last June, Simmons had remained quiet until today.

Apparently, he heard all the noise and according to Keith Pompey of The Philadelphia Inquirer, Simmons was bothered most by the "I don't know" response that Sixers head coach Doc Rivers gave when asked by a reporter if he had a championship point guard.

That's Ben Simmons wrapped into one. 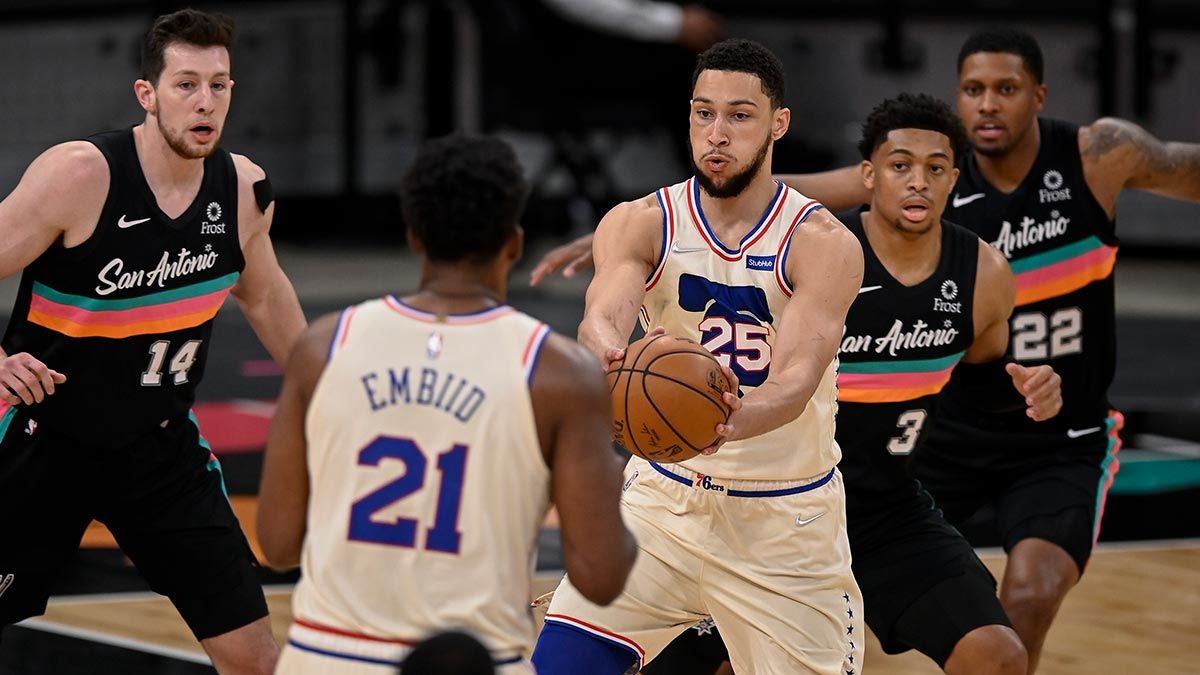 He could've used the lack of endorsement as fuel for motivation. He used it instead to burn a bridge.

If he can't take an honest verbal swipe, that's on him. If he wants to leave, good riddance.

Look, in that 103-96 elimination loss at the beaks of Trae Young and the Atlanta Hawks, Simmons had eight rebounds and 13 assists in 36 minutes of tepid play. He attempted only four field goals, converting two, which means the Sixers played 4-on-5 on offense.

If Rivers insisted he had a championship point guard after that mess, it would have sounded like a whole lot of B.S.

And can you blame Rivers for not defending Simmons?

Heck, if I were Rivers, I wouldn't just push Simmons under the bus, I will drive the damn bus.

Look, Simmons was paid $30.5 million last season to be a productive contributor to what was expected to be a title-contending team starring Joel Embiid and Tobias Harris.

Simmons chose to be a harmless, if not useless, participant.

His absence leaves the Sixers with no natural point guard since George Hill had already flown back to Milwaukee. Seth Curry and Shake Milton can run the offense but they're the shoot-first-pass-next week types.

The four years and $137.2 million left on Simmons contract makes him a challenging asset to move but with former Houston GM Darly Morey now calling the shots at the Sixers front office, I trust that Philadelphia can get a court general and perhaps an able wing in a package for Simmons.

Ben bound for the Bay?

The Warriors are said to be interested in Simmons. And so are the Timberwolves.

Maybe the San Francisco bay or the brutal Minnesota winters is the healing change of scenery that can do marvels for Ben Simmons.

What's clear now is that Ben Simmons isn't a fit in Philadelphia, the city of broad shoulders where toughness is required.