IN a couple weeks, Bradley Beal's future might look a lot clearer.

At this point, the Washington star isn't tipping his hand.

See Atkinson makes U-turn after agreeing to coach Hornets, will stay with Warriors

When asked on Saturday (Sunday, Manila time) about how he expects the start of free agency to go, he replied: "Crazy probably — like it always is."

When asked how he expects his own contract situation to play out, his response was the same: "My situation? Crazy probably."

The Wizards' offseason hinges on what Beal ultimately does. With a player option next season, he can become a free agent, and although he indicated earlier this year he was leaning toward re-signing with Washington, there are certainly other teams that would gladly have him.

That was made clear when Beal was asked how many people have tried to recruit him to their teams.

Beal was at a ribbon-cutting event on Saturday for the Benjamin Banneker basketball court refurbishment project in Washington. Beal, who won the 2018-19 NBA Cares Community Assist Award, told the youngsters in attendance he wanted the courts to be something the community could enjoy.

"When I first started playing, when I was you guys' size, this is where I started," he said. "We were outside playing from sunup to sundown."

Later, when talking to reporters, Beal was asked what his presence at the event said about his commitment to being in Washington.

"I don't intertwine the two," he said. "It's love that I've received from day one. The city has accepted me since a rookie, and here I am going into year 11, and it's the same love, if not more. I've always just tried to pay that back in one way or another." 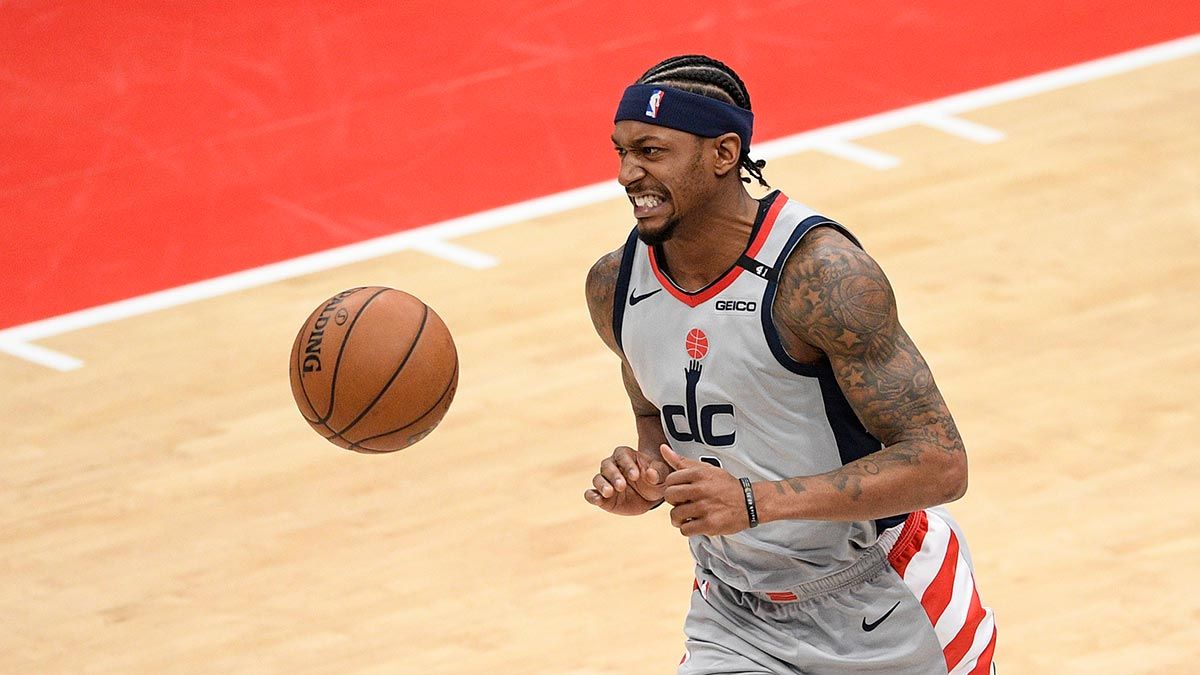 Bradley Beal's season ended early when he had surgery in February on his left wrist.

Beal, who turns 29 later this month, has played his whole career with Washington, averaging at least 22 points per game in each of the past six seasons. That included a career-high average of 31.3 points in 2020-21.

The Wizards traded Russell Westbrook before last season, leaving Beal as the team's undisputed star. He averaged 23.2 ppg, but his season ended early when he had surgery in February on his left wrist. Washington went 35-47.

The Wizards acquired Kristaps Porzingis around the time Beal went down, so if Beal stays, they'll have a chance to see that pairing in action. Beal looked a little rusty at Saturday's event. When he was asked to take a ceremonial first shot, he missed two attempts before making one.

However, he said his recovery from that wrist operation is going well. He said he has 80-90% of his range of motion back.

"The rest is going to be strengthening and stuff," he said. "I'm cleared to do stuff on the court now, which is good."