DENVER — Will Barton scored a season-high 30 points, helping to make up for the absence of suspended star Nikola Jokic as the Denver Nuggets hung on to beat the Indiana Pacers, 101-98, on Wednesday night (Thursday, Manila time).

Zeke Nnaji added 19 points and Jeff Green and Bones Hyland had 12 apiece for the Nuggets, who have won four straight and six of seven.

Jokic, the reigning NBA MVP, served a one-game suspension for his retaliatory late-game shove Monday of Markieff Morris following the Miami player's hard foul to Jokic's midsection. Both players were ejected and Morris, who was knocked to the floor, drew a $50,000 fine for his role in the fracas.

Barton said he went into the game with the mindset "to be ultra aggressive."

"I knew I had to be the guy tonight with the big fella down and just try to do anything to get a win," Barton said. "I still felt like we had enough to win, and we proved that tonight."

"I was wide open," he said. "Didn't think about it, just shot it. Whenever I'm open, I'm not going to hesitate. I have confidence in my shot. I feel like I work on it a lot, so I'm never going to hesitate to pull the trigger."

The Nuggets took a 69-65 lead into the fourth quarter and the game remained close through the final period. In one sequence, Barton and Brogdon each hit back-to-back 3-pointers as Denver led 85-84 with 6:02 remaining. Just over a minute later, Barton connected on his third 3-pointer in the fourth quarter as the Nuggets moved in front 90-86.

Barton had 11 points in the final period, including a key running bank shot with 27.2 seconds left that bumped Denver's advantage to four.

"Will Barton had a really good night and made a big-time shot," said T.J. McConnell, who finished with 16 points for the Pacers. "It was a two-point game to go up four. We weren't able to make enough plays defensively to get over the hump."

Indiana remained within striking distance until the end. Green broke free for a dunk with 12.6 seconds left but Brogdon put in a running layup and the Pacers immediately fouled Hyland, who made one of two free throws with six seconds left. Jeremy Lamb's long 3-point attempt at the buzzer hit the backboard and bounced away.

"We should have been more dominant from the jump ball," Sabonis said. "We had a couple of days off and playing at altitude got us a bit, but that's no excuse. We missed on a great opportunity tonight." 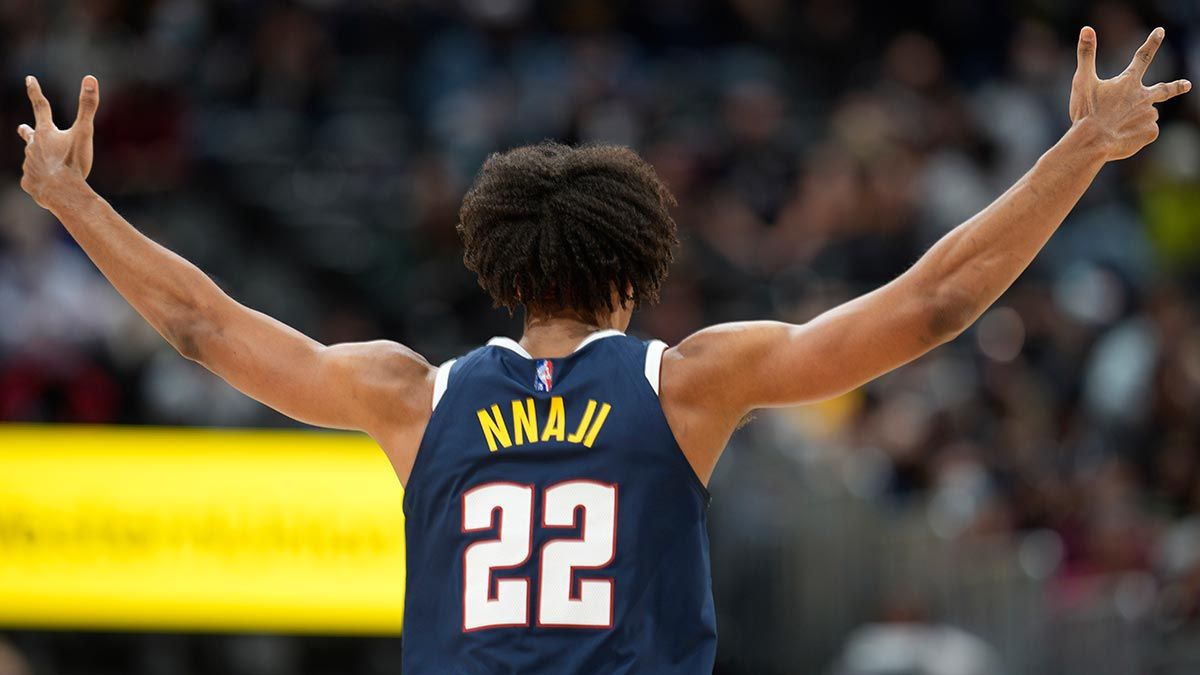 With 42.9 seconds left and the Nuggets in front 96-94, Green was called for a foul when he swept in from behind to block Sabonis' driving layup. But Sabonis never got to the line. Nuggets coach Michael Malone challenged the call and it was overturned on replay review after it was determined Green made a clean block.

"It was a big call, but we had one overturned in our favor, too," Pacers coach Rick Carlisle said. "A game that's played around 100 points in today's game, things are going to be very magnified on a possession-by-possession basis. That's pretty much the story of this game."

Pacers: G/F Caris LeVert was held out because of lower back soreness. "He went through shootaround and just felt that he wasn't quite right to play tonight," Carlisle said. "There wasn't an incident that caused a re-injury. He just had some stiffness. It's unfortunate for us but the health of our players is the No. 1 thing." LeVert missed the first four games of the season because of a stress fracture in his back. … Brogdon was back in the lineup after missing the previous two games due to a non-COVID-19-related illness.

Nuggets: G/F Michael Porter Jr. missed a second consecutive game because of pain in his lower back. The Nuggets have yet to indicate a timetable for his return.

Pacers: Wrap up a four-game trip by completing a back-to-back set Thursday night at Utah.