Richaun Holmes had 21 points and 11 rebounds for the Kings, who led by as many as 18 points in the third quarter.

Portland rallied in the fourth. Damian Lillard and Jusuf Nurkic made back-to-back layups to get the Blazers within 117-111 with 3:49 to go, and Norman Powell's 3-pointer cut the margin to three.

McCollum finished with 32 points and Lillard added 18 points and 11 assists.

The Trail Blazers were coming off a winless preseason, losing all by an average of 23.7 points.

Portland finished 42-30 last season and earned the sixth seed in the Western Conference. But the playoffs ended quickly with Denver eliminating the Blazers in the opening round.

The team parted ways with longtime coach Terry Stotts following the season and hired Billups, who made his regular-season debut as a head coach on Wednesday. 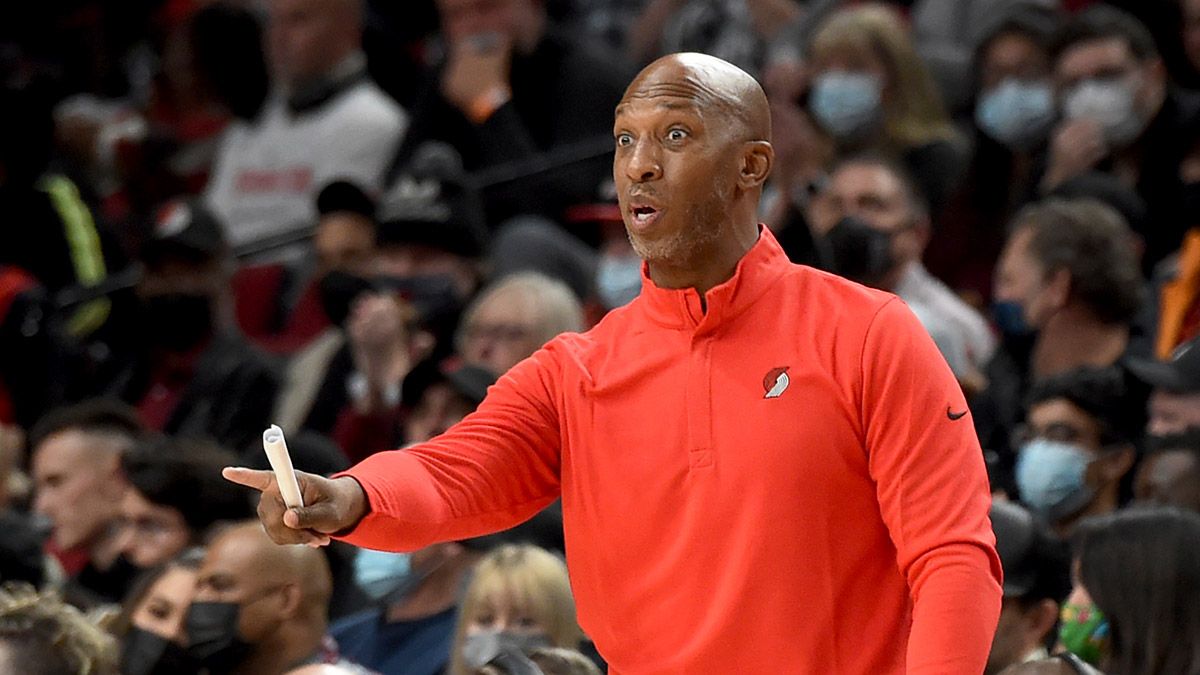 Chauncey Billups takes a loss in his regular season debut.

The Kings went 31-41 last season and finished tied for 11th in the Western Conference. It was the 15th straight season the Kings have missed the postseason.

Fox got off to a fast start for the Kings with 10 points in the opening quarter. Sacramento led by as many 13 points en route to a 62-49 lead at halftime.

Fox, who was Sacramento's leader last season with an average of 25.2 points a game, finished the first half with 16 points to lead all scorers.

The Kings extended the lead to as many as 18 points in the third quarter, but Portland began to pull closer midway through the period and Nassir Little's 3-pointer got the Blazers to within 88-79.

Kings: Forward Marvin Bagley III was not in the starting lineup, following reports that he would not be in the rotation for the opener. Kings coach Luke Walton would not discuss the situation. "I'm not getting into any of that. For me, we're a team. We've have a plan, we know what that plan is, and we're going to need everyone this season."

Trail Blazers: Coach Chauncey Billups said before the game that Little's minutes would be restricted because of a lingering hamstring injury. ... Norman Powell appeared to hit a 3-pointer in the second quarter but it was later taken away on review because he was judged to be out-of-bounds. ... Lillard, entering his 10th NBA season, broke into the NBA's top 100 career scoring list with his 13th point of the night.

The Kings host the Utah Jazz on Friday.

The Blazers host the Phoenix Suns on Saturday.