by michael wagaman, ap
3 days ago

Christian Wood had 26 points for Houston. Jae'Sean Tate added 17 points, 10 rebounds and eight assists. The Rockets have lost 16 of 20.

The teams play each other again on Sunday.

Bagley had his best game of the season and was strong down the stretch, scoring 10 points in the fourth quarter while helping Sacramento to its second straight win.

The second overall pick in 2018, whose minutes have gone up significantly since interim coach Alvin Gentry took over when Luke Walton was fired in November, was 12 of 20 from the floor.

Sacramento led 98-91, then scored 12 straight. Houston responded with a quick flurry of 3-pointers and got within 110-103 before Bagley made a pair of free throws, Hield sank two and Bagley scored on a spinning one-hander in the lane.

The Rockets got to 118-111 but Barnes made a short runner and Tyrese Haliburton made two free throws.

Wood had 15 points in the first 7 ½ minutes of the game and helped the Rockets build an early 11-point lead. But he spent much of the first half on the bench after picking up his third foul with 4:14 left in the first quarter.

Sacramento took advantage while Wood sat. The Kings tied it late in the second on Hield's 3 and closed the quarter on a 10-2 run to go up 65-60. 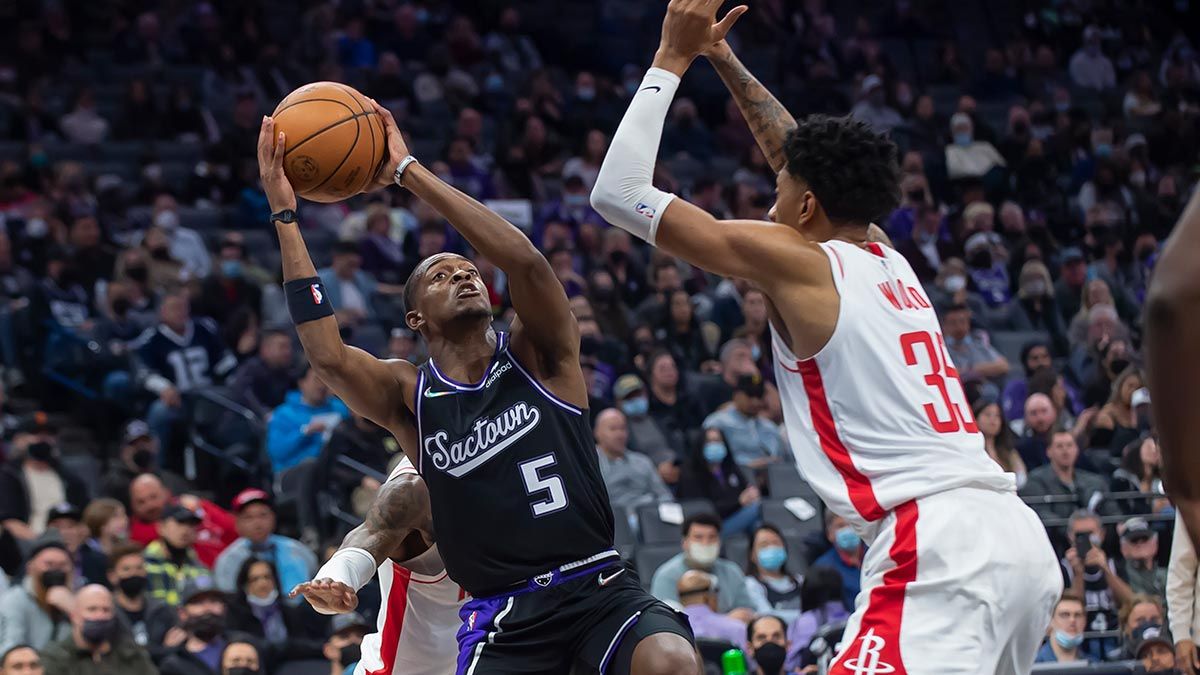 KEEPING THEIR GUARDS UP

The Kings closed the third period with five guards on the court: Fox, Haliburton, Hield, Terence Davis and Davion Mitchell.

Rockets: Houston is 10-5 when leading by 10 or more. … First-round pick Alperen Sengun had nine points and four rebounds in 14 minutes in his return after missing seven games with a right ankle sprain. … Daniel Theis was given a technical after being called for an offensive foul in the second quarter.

The two teams meet for the second time in three days when they play at Golden 1 Center on Sunday afternoon. They'll do the same thing in Houston on March 30 and April 1.