CHARLOTTE, N.C. — The Charlotte Hornets have agreed to terms on a four-year contract with Golden State Warriors assistant Kenny Atkinson to become their next head coach, according to a person familiar with the situation.

The person spoke to The Associated Press on condition of anonymity on Friday (Saturday, Manila time) because Atkinson has not yet signed the contract. The Warriors play the Boston Celtics Friday night in Game Four of the NBA Finals.

The 55-year-old Atkinson was 118-190 in three-plus seasons as head coach of the Brooklyn Nets as the organization was undergoing a rebuilding process.

He is the second Golden State assistant to accept a new job during the Warriors' playoff run this spring. Warriors assistant Mike Brown has taken the job as Sacramento's new coach, though is remaining with Golden State through the end of the NBA Finals.

Atkinson's hiring by the Hornets leaves only one current opening in the NBA — that being Utah, after Quin Snyder made the decision to step down earlier this week.

Atkinson took over the Nets in 2016-17, inheriting a team that was 21-61 but had started the process of rebuilding.

The Nets finished 20-62 in their first season under Atkinson before improving to 28-54 in his second year. Brooklyn was 42-40 in his third season and lost in the first round of the playoffs to the Philadelphia 76ers.

Atkinson resigned late in his fourth season as the Nets finished 35-37 and again lost in the first round of the playoffs in 2019-20.

He has spent the last two seasons as an assistant for the Los Angeles Clippers and the Warriors.

The Hornets haven't been to the playoffs since the 2015-16 season and hasn't won a playoff series in more than two decades. 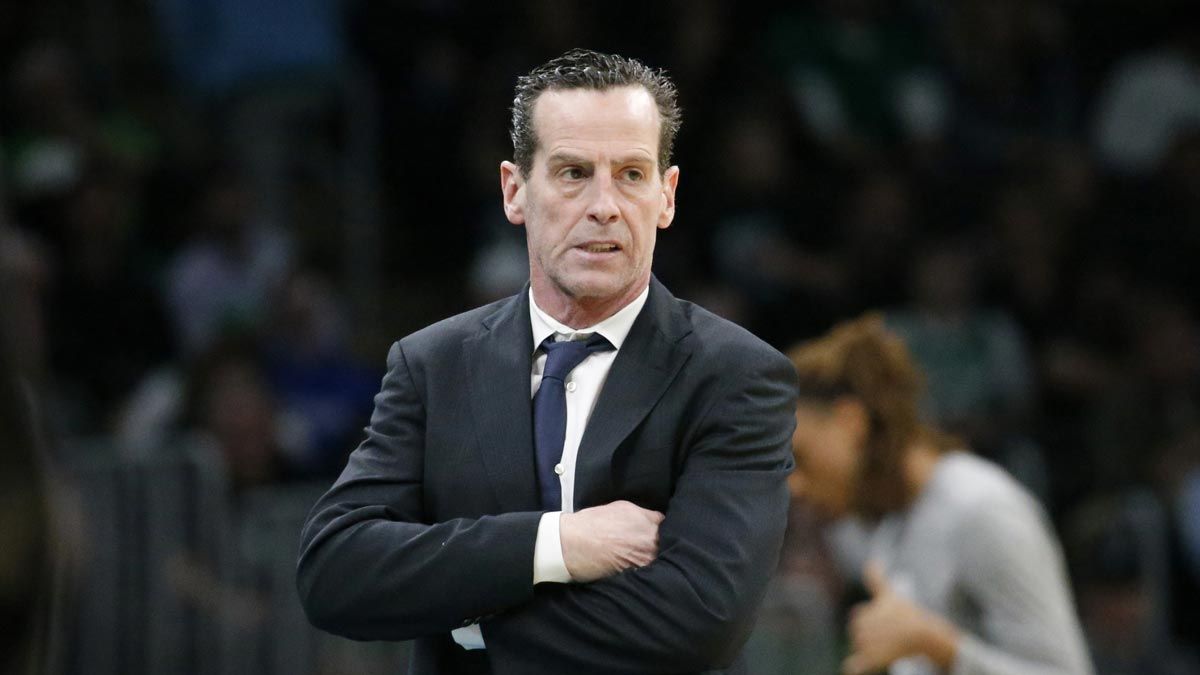 Still, there is talent on the roster Atkinson can build around.

All-Star point guard LaMelo Ball is considered to be the player the franchise is building around, and guard Terry Rozier, much-improved forward Miles Bridges and veteran forward Gordon Hayward — although he has struggled to stay healthy since joining Charlotte two seasons ago — have all had success in the league.

The Hornets have a glaring need at center, something the franchise is hoping to address this offseason.

Borrego, 44, was 138-163 in four seasons with the Hornets and had received a multi-year contract extension last August.

The Hornets went 43-39 and finished in 10th place in the Eastern Conference this past season before being blown out in the play-in tournament for the second straight season — something that didn't sit well with Jordan. The 2020-21 season was considered a playoffs-or-bust season for Charlotte, and it failed to advance to a playoff series.