After scoring 44 points against Milwaukee in his previous game, Davis came close to his career-high of 59 against Detroit in 2016.

Davis was 2 of 3 on 3-pointers and made all nine of his foul shots. He scored 31 points in the second half.

LeBron James had 29 points as the Lakers won their fourth straight road game. They are 8-2 in their last 10 games while trying to extricate themselves from a 2-10 start.

Washington lost leading scorer and three-time All-Star Bradley Beal to an undisclosed injury with 8:31 to play in the first quarter. Beal sat on the bench after an earlysubstitution, talked with a trainer, then went to the locker room. He did not return. 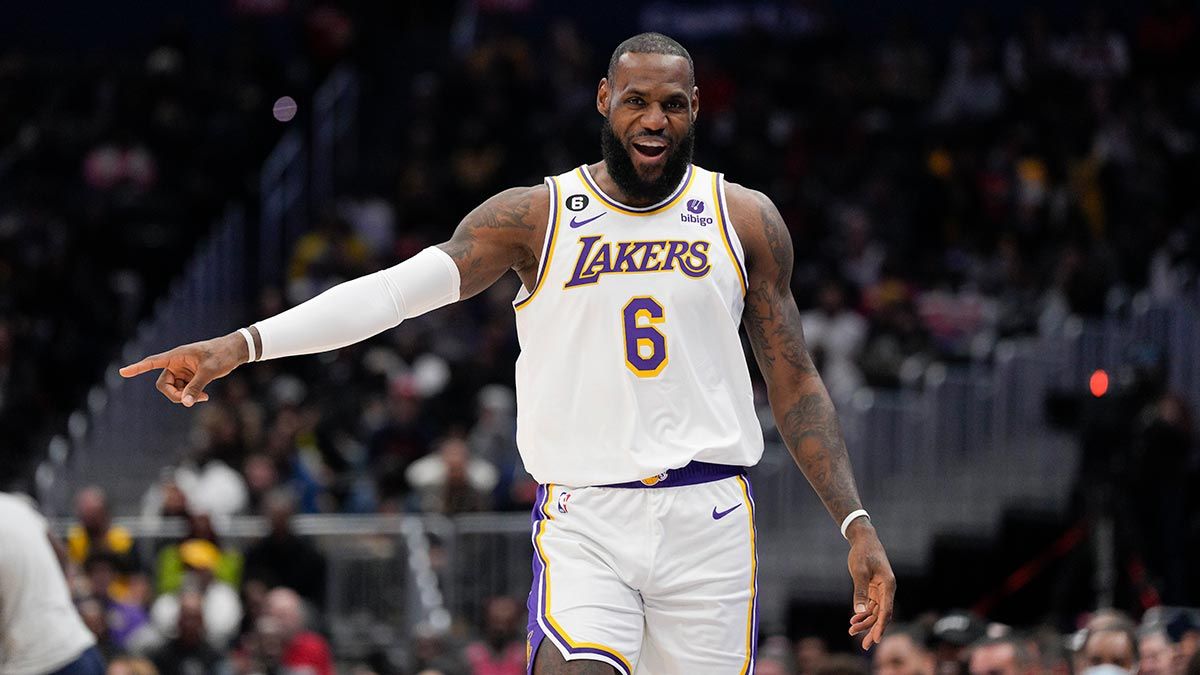 The 6-foot-10 Davis presented a rare match in wingspan for 7-3 Wizards center Kristaps Porzingis. Both have 7–foot-6 wingspans.

But Davis’ mobility and scoring from every level on the floor helped him control the matchup Sunday. Porzingis shot 11 of 25 for 27 points.

The Wizards were 5-for-25 from behind the 3-point line in the first half. Three of those five makes came from backup shooting guard Corey Kispert, who finished with 16 points.

Former Laker Kyle Kuzma added 26 points for Washington before he fouled out.

Lakers: James (ankle) was listed as questionable about 90 minutes before the game began, but was in the starting lineup. … Lakers coach Darvin Ham spent the 1998 season playing for the Wizards. His biggest memory from his lone season in Washington was the team finished 42-40 but missed the playoffs by a game. “I wish we had the play-in system back then,” Ham said.

Wizards: PG Delon Wright (hamstring) has “ramped up” his individual work, according to coach Wes Unseld Jr. Unseld said he expects Wright to participate in 2-on-2 and 3-on-3 during the Wizards’ upcoming West Coast trip. Wright has not played since Oct. 25. … F Rui Hachimura (ankle) is still experiencing soreness. Unseld said they will not rush him back.

Lakers: At Cleveland on Tuesday night.

Wizards: At Chicago on Wednesday night.