Talen Horton-Tucker scored 17 points in his season debut for the Lakers, and Carmelo Anthony and Wayne Ellington each had 15 points.

Los Angeles led by 14 points in the second half, then held on to improve to 3-3 since LeBron James was sidelined Nov. 4 because of an abdominal strain. The Lakers have won four overall games this season without James, one a 125-121 overtime victory in San Antonio on Oct. 26.

Davis had the big game two days after the Lakers were humbled by 24 points in a home loss to Minnesota, with the All-Star forward saying afterward the performance was "embarrassing" and that the team lacked effort in a deciding third quarter.

Dejounte Murray had a triple-double for the Spurs with 22 points with 10 rebounds and 10 assists. Keldon Johnson scored 24 points.

San Antonio lost for the fifth time in its last seven games and fell in the opener of consecutive games at Los Angeles, with a meeting against the surging Clippers on Tuesday night.

Westbrook finished with 14 points, 11 rebounds and seven assists. Malik Monk had 16 points for the Lakers 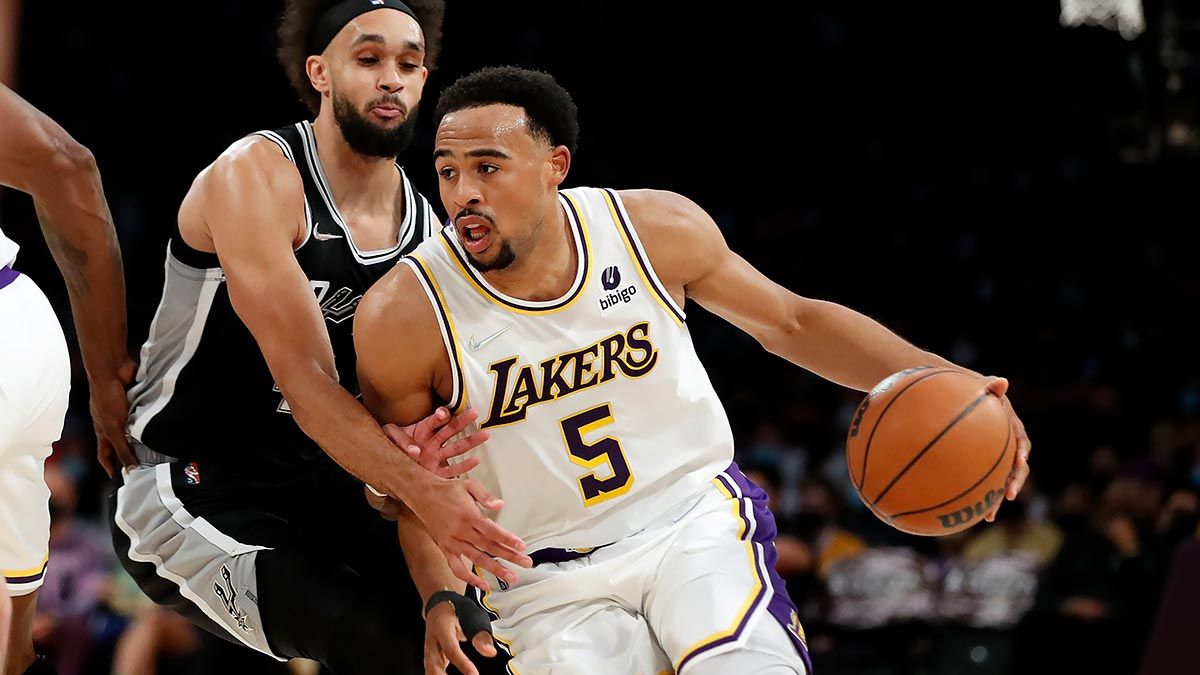 Talen Horton-Tucker is back after recovering from thumb surgery.

Spurs: C Jakob Poeltl was eligible to return from COVID-19 protocols but watched from the bench in street clothes as he works on his conditioning. Poeltl "might be available" for Tuesday's game against the Clippers, according to coach Gregg Popovich. … F Keita Bates-Diop played three minutes Sunday after missing two games with a lower back bruise.

Lakers: Horton-Tucker (thumb) was in the starting lineup for his season debut and made his first basket on a 3-pointer just under four minutes into the game. … Anthony made his first start of the season after starting three times in 69 games for the Portland Trail Blazers last season. It was his 1,118th career start.