Stephen Curry contributed 16 points and eight assists but the all-time 3-point leader's NBA-record streak of 132 straight postseason games with at least one 3 ended, along with his NBA-best run of 233 consecutive games with a 3 between regular season and playoffs combined.

Exhibiting a determined confidence and grit all evening, Wiggins drove through the lane for an emphatic one-handed slam with 2:10 left to cap his brilliant performance on both ends.

The best-of-seven series resumes in Boston on Thursday night and if the Celtics can win at home they will return to the Bay Area for a winner-take-all Game 7 on Sunday. All five games so far have been decided by 10 or more points.

Marcus Smart was whistled for a technical foul then an offensive foul in a one-second span early in the fourth. He overcame a slow start to score 20 points, while Jayson Tatum had 27 points and 10 rebounds.

Jordan Poole knocked down a 33-foot 3 from the left wing to beat the third-quarter buzzer as the Warriors took a 75-74 lead into the final 12 minutes after the Celtics roared back in the third. 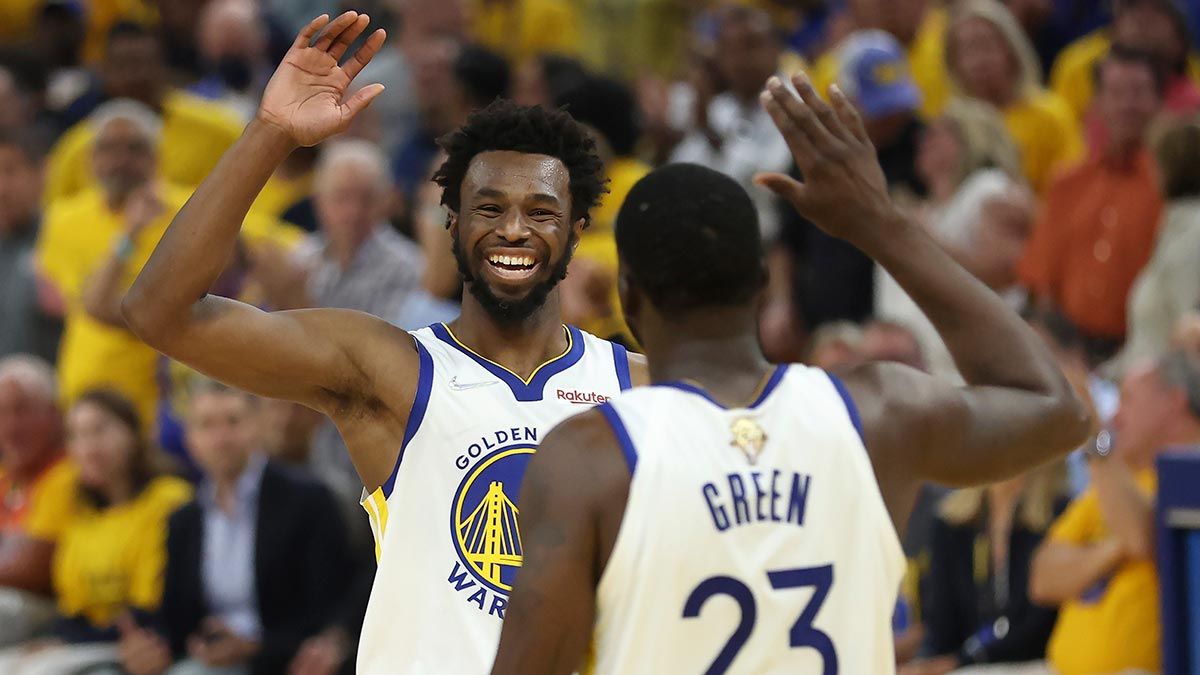 The Celtics found their own third-quarter magic that has long defined Golden State's success in the second half. Boston trailed 51-39 at the break before charging back with 35-point outburst in the third.

Al Horford hit a go-ahead 3-pointer with 6:28 left in the period that made it 58-55 as the Celtics finally found their shooting groove from deep. Grant Williams' three-point play at 3:55 gave Boston a 66-61 lead.

That was Boston's eighth straight made 3 after missing the initial 12.

Jaylen Brown was 2 for 11 to start the game and finished with 18 points on 5-of-18 shooting and missed all five of his 3-point tries.

Tatum gave Boston its first 3-pointer on the night 4:34 before halftime and the Celtics were 11 of 32 from deep overall.

Draymond Green had eight points, eight rebounds and seven assists before fouling out with 3:01 remaining.