Curry hopes Wiggins will change his mind on COVID jab

SAN FRANCISCO — Golden State Warriors forward Andrew Wiggins is sticking to his beliefs when it comes to staying unvaccinated for COVID-19, even though that decision could soon cost him playing in home games.

Wiggins faces the possibility of not being allowed into Golden State's home building at Chase Center for games come Oct. 13 when the San Francisco Department of Public Health begins requiring proof of vaccination for large indoor events.

Wiggins declined to explain what those beliefs actually entail, saying, "It's none of your business, that's what it comes down to."

He stands to lose more than $350,000 per game, and if he doesn't play in any home games he would surrender half of his $31.6 million salary.

"It's my problem not yours," he said.

His teammates are offering support but know what he means to the Warriors. Not having the starting forward for home games, is "not ideal," Stephen Curry said. Curry hopes Wiggins will change his mind.

"At the end of the day, it is up to him, there's no secret to that point," Curry said. "We obviously hope that he has all the right information and access to the right resources to ask all the questions he has on making that decision. We hope he's available. We hope it moves in the right direction. My opinion is, obviously I got it and ready to be available and following the mandates."

Wiggins said he has been given some rules to follow when in the team's facility but wouldn't say whether he is required to wear a mask around teammates, for example.

The NBA on Friday said it had "reviewed and denied" Wiggins' request for a religious exemption and that he would not be able to play in Warriors home games until he fulfilled the vaccine mandate. Anyone 12 or older is required to show proof of vaccination to attend indoor events at Chase Center, and that message is on the Warriors' website for fans.

"It's personal, it's private," general manager Bob Myers said of players' vaccination statuses. "What I would say is that I'm optimistic come the first game here at Chase we'll have our full complement of team as far as who's healthy and who isn't." 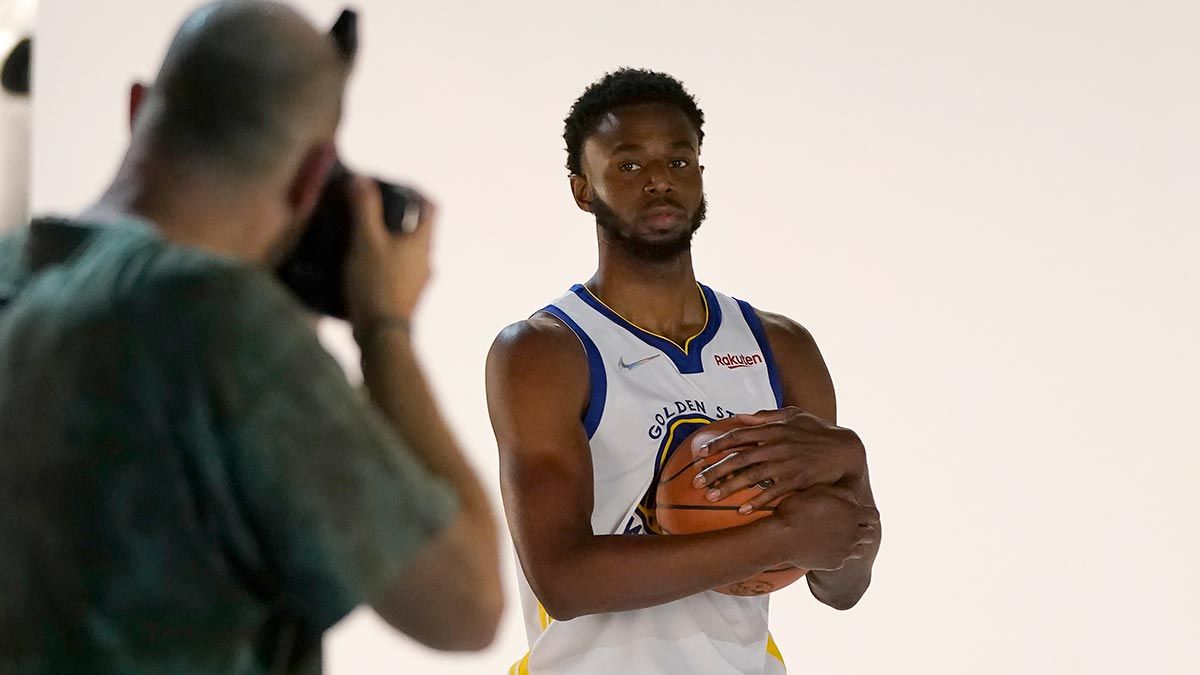 Andrew Wiggins stands to lose more than $350,000 per game, and if he doesn't play in any home games he would surrender half of his $31.6 million salary.

Coach Steve Kerr said he hadn't given any thought to the idea of Wiggins not being available.

"We'll just see how everything plays out," Kerr said. "We're hopeful that it all is resolved over the next couple of weeks, and we're going into camp tomorrow with a plan to have everybody out on the floor and ready to roll."

The Warriors' first regular-season home game is scheduled for Oct. 21 against the Los Angeles Clippers.

"I'm not even thinking that far ahead. I'm thinking day by day," Wiggins said.

"I don't get to that level because like I said previously, my belief and my thoughts are that we'll have the full team," Myers said. "I'm not preparing really for anything different right now."