SAN FRANCISCO — Andrew Wiggins scored a season-best 36 points and matched his career high with eight 3-pointers, leading the Golden State Warriors past the Houston Rockets, 120-101, on Saturday night (Sunday, Manila time) in the second game of back-to-backs for both teams.

Stephen Curry scored 30 points with eight 3-pointers of his own to go with 10 assists. Jordan Poole started in place of a resting Klay Thompson and added 21 points and five assists, one night after a 30-point performance off the bench with a season-high seven 3s.

Wiggins knocked down consecutive 3s midway through the third quarter and shot 14 of 19 overall as the Warriors won their 10th straight at home.

Jalen Green added 13 points but missed all five of his tries from long range a night after the 20-year-old guard had 30 to help fuel a 16-point comeback in the second half of a stunning 122-121 win at Phoenix. The Rockets were sluggish from the start in this one.

"It's tougher on Houston ... to travel and then 22 hours in between game time," Warriors coach Steve Kerr said leading up to the game.

Golden State became just the second team in NBA history to make 20 3-pointers in four of five games, according to the Elias Sports Bureau. The Jazz did so from Nov. 27-Dec. 8, 2021.

The Warriors raced to a 22-4 lead, making their initial seven shots, as Houston began 2 for 11. Golden State led 39-23 after one quarter. 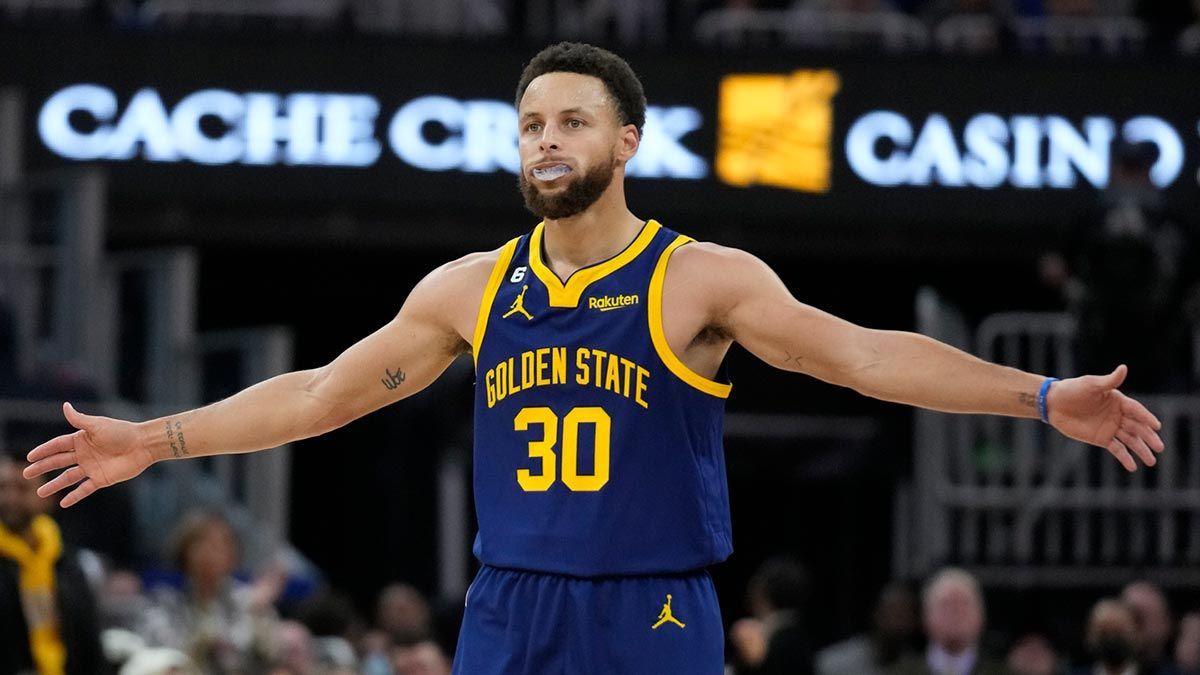 A DAY FOR KLAY

Thompson sat on the second game in consecutive nights, as has been standard practice for him to not play both contests — for now, that is. This marked the Warriors' fifth back-to-back of 15 total.

"The hope is that he will play back-to-backs later this year. Today, he will go through really good court work to try and simulate as best we can what a back-to-back would feel like for him," Kerr said. "Talking to (vice president, player health and performance) Rick Celebrini last night he said that there's not really a science to it or formula to it, but it's just precautionary more than anything."

Warriors: Kevon Looney grabbed 12 rebounds. ... Curry, Poole and Wiggins combined for 10 3s in the first half. ... The Warriors committed no turnovers and only two fouls in their 39-point opening quarter. ... Golden State improved to 11-1 at home and the unbeaten run is the best for the team on its home floor since 11 in a row from Oct. 30-Dec. 3, 2021.

Rockets: Host the 76ers on Monday night having dropped the last five in the series and three in a row at home.

Warriors: Host the Pacers on Monday night looking to snap a three-game skid in the series at home.