That's the easiest way to say it. Some will say fired, and the official term used was that Nash and the Brooklyn Nets agreed "to part ways," which is the popular phrasing these days when a coach leaves a team.

But the reality is this: He's free.

Whatever happens next in the never-ending string of Kyrie Irving developments won't be taking up Nash's time. The Earth can be flat. Alex Jones can be right about conspiracy theories. Links to antisemitic movies can be shared with millions of followers. The merits of vaccines can be debated.

This was never going to work in Brooklyn, and the signs were there long before Nash's first game. Irving made a podcast appearance in the fall of 2020, while the bubble season — the one that Irving railed against and wouldn't join — was still going on at Walt Disney World. On that podcast, Irving offered up that the Nets didn't really need a head coach and that it could be "a collaborative effort" between himself, Kevin Durant and others.

For 99% of the players in the NBA, that statement would be considered wild.

It's just another entry on a long list of Irving stories.

Among some of what Nash had to deal with during his short tenure with the Nets: the failed attempt to turn Irving, Durant and James Harden into a Big Three; the failed attempt to turn Irving, Durant and Ben Simmons into a Big Three; Irving missing most of last season because he wasn't vaccinated; Harden getting traded; Simmons arriving but not playing last season; Simmons playing this season but not scoring; a slew of other injuries; Durant wanting a trade this summer before backing off that request; and now, the latest Irving saga.

For now, that distraction is in the hands of Nets interim coach Jacque Vaughn, who became the eighth coach that Irving has played for — Ime Udoka could soon become the ninth. The Nets' answer to this circus will, apparently, be to go hire Udoka from rival Boston after he went to the NBA Finals last season but was suspended this season for having an inappropriate relationship with a female Celtics employee. 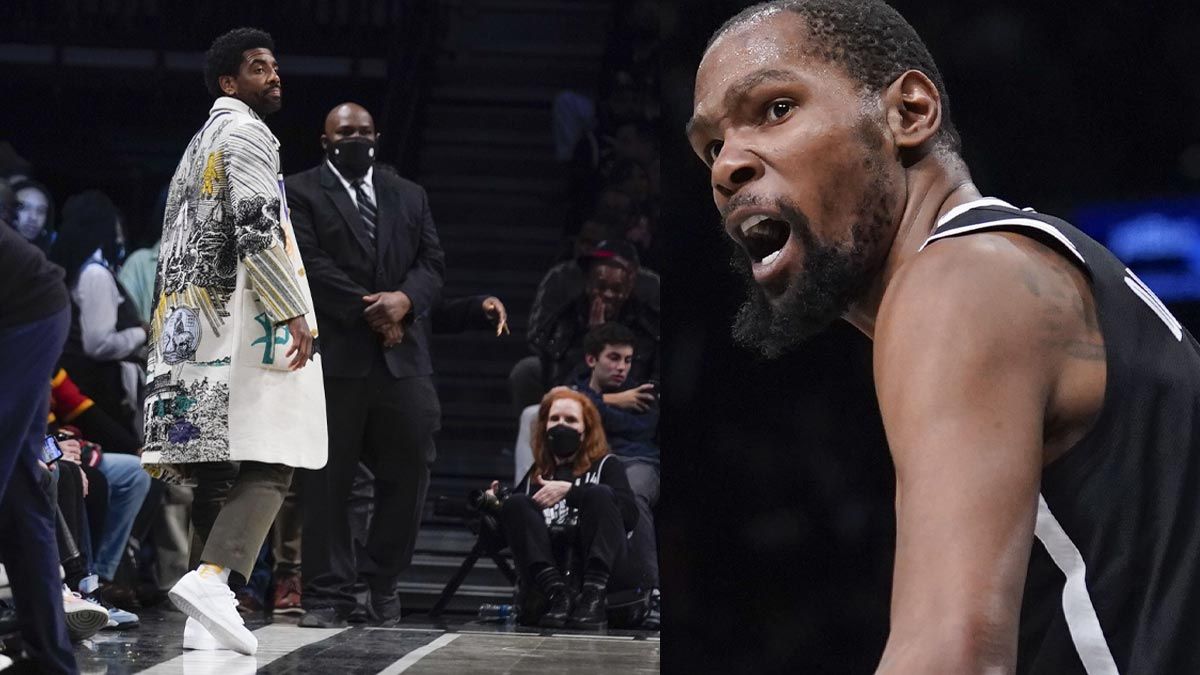 The Nets must love drama. Maybe that's why they wanted to part ways with Nash. Too boring and stable, perhaps.

"Steve Nash is a good friend of mine, so more than anything, I feel for Steve," Golden State coach Steve Kerr said. "I think he has all the qualities to be a brilliant coach. Brilliant. But it was a good reminder to me and I think to all coaches that we are all at the whim of players, front offices, ownership. You really need a solid situation in which to thrive as a coach in this league."

Irving will be a free agent this summer. There's no way to predict how that will go.

He has incredible talent. He may be the best ballhandler in the game, probably one of the best to ever play. An absolutely elite player, an NBA champion, a perennial All-Star. His skill cannot be argued.

Yet it's just impossible to imagine a team committing major money and many years to Irving ever again. Even if he apologizes for sharing the link to antisemitic content — Irving, for the record, insists he supports all people, all races, all religions — the damage may have really been done this time.

He would have fared better had he followed Meyers Leonard's example.

Leonard was with the Miami Heat in March 2021 when, while streaming himself playing a video game, he used an antisemitic slur. Leonard insisted he didn't understand the meaning of the word, apologized almost immediately, got fined $50,000, was admonished by NBA Commissioner Adam Silver, was told by the Heat to not be around the team and got traded a few days later.

Leonard might not get back to the NBA because of injuries. But he has partaken in multiple acts of contrition — volunteering with Jewish youth, meeting with representatives from the Anti-Defamation League, holding camps, speaking to groups, and he's done it all with no intention of any of it publicly getting out. He didn't want to look sorry. He wanted to show he was sorry.

Irving didn't back down. He made a bad situation worse. And now the Nets will start over with a new coach, plus with some members of the fan base so turned off by Irving that they wore "Fight Antisemitism" shirts to a game this week.

Irving saw those fans. He spoke to them. One of those fans told the New York Post that the shirts weren't for Irving, but rather for the Nets. They want them to act.

A day later, Nash was gone. That probably wasn't the action they wanted.

This isn't what Durant signed on for, though the two-time champion in Golden State did ask for Nash to be fired during the offseason. Instead of being part of title contender, Durant has been part of exactly one playoff series win in his Brooklyn tenure. At 34, he doesn't have an unlimited number of title chances left. It will surprise no one if his trade request reappears later this season, or this summer.

It will also be no surprise when another controversy pops up in the next few weeks over something Irving said or tweeted. And when that happens, at least Nash won't be caught up in it all.