THE compressed, coronavirus-threatened, NBA regular season like none other is over. All 1,080 games that were scheduled were played, and now the play-in round awaits.

That begins Tuesday, runs through Friday, and the playoffs start Saturday.

Here are 10 notes on the season that was:

The players who had the second-, third- and fourth-most triple-doubles in the league this season — Nikola Jokic, James Harden and Luka Doncic, respectively — combined for 39 of the stat-sheet-stuffing efforts.

They combined for one more than Russell Westbrook.

Consider: Nobody other than Westbrook has ever had more than 22 triple-doubles in a season. He’s had 22 of them since March 30. 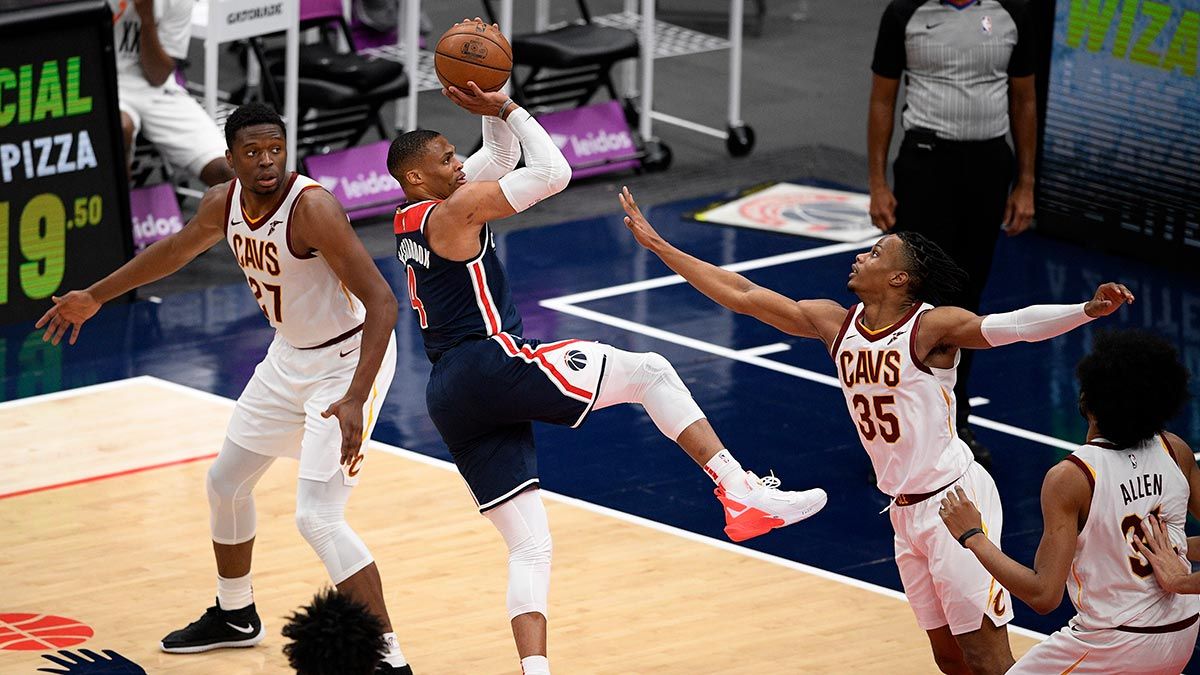 Leaguewide, Westbrook helped the NBA set a record this season with 142 triple-doubles. The previous leaguewide mark was 127, two seasons ago. Over the last five seasons, there have been 594 triple-doubles — basically as many as there were in the previous 16 seasons combined.

MOST 3’S PER GAME

Teams averaged 12.7 3-pointers per game this season, a new NBA record for the ninth consecutive year in that department.

Utah finished with a league-record 16.7 made 3’s per game. The Jazz made a total of 1,205 3’s season, third-most for any season in NBA history. This was a 72-game regular season; if this had been the customary 82-game season, at that pace the Jazz would have made 1,372 3’s this season. 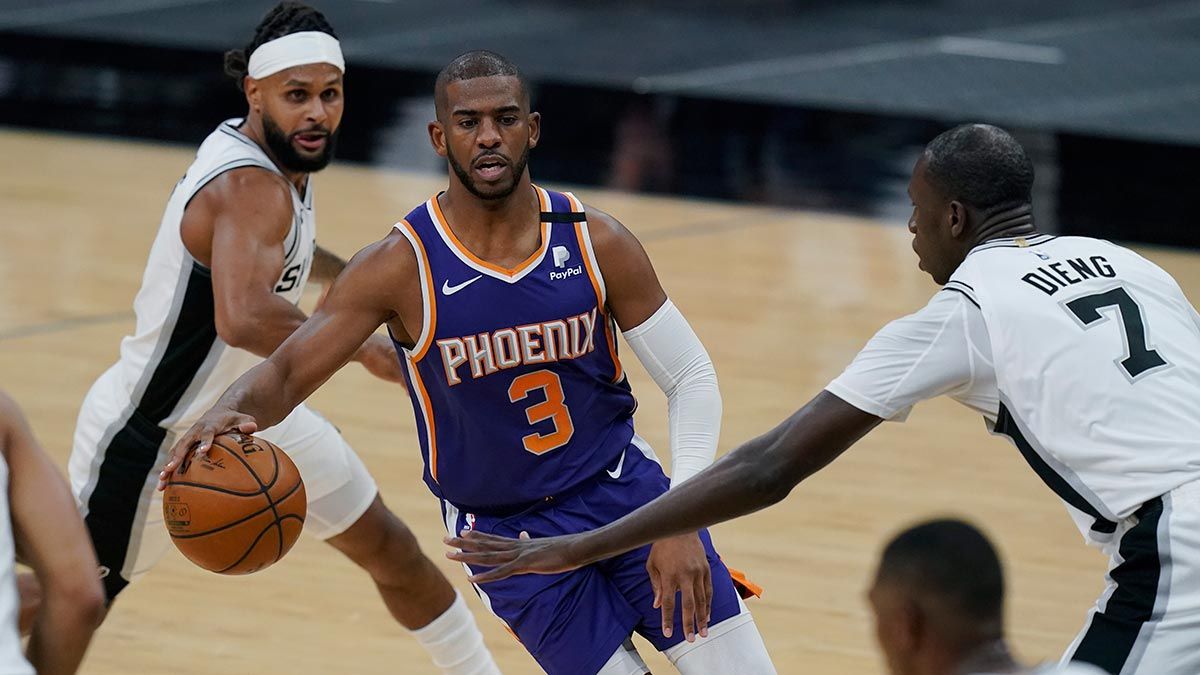 For the second consecutive season, the NBA saw a record for free-throw percentage.

NBA players made 77.8% of their free throws this season, bettering than the mark of 77.3% set last season. It’s been a trend for a bit now; of the eight best FT-shooting seasons in NBA history, four have come in the last four years.

Phoenix’s Chris Paul was the league leader (among qualified players) in free throw percentage, making 93.4% of his tries. That helped the Suns post the second-best free-throw-shooting season in NBA history, at 83.4%.

The best season ever from the line also came this season: The Los Angeles Clippers are the new record-holder there, after shooting 83.9%.

The worst season for home teams in NBA history ended with a 587-493 record — 54.4%. The previous leaguewide low for home winning percentage was 55.1%, set last season.

Utah finished with the league’s best record and, probably not surprisingly, also led the NBA in point differential — outscoring opponents by more than nine points per contest, on average. 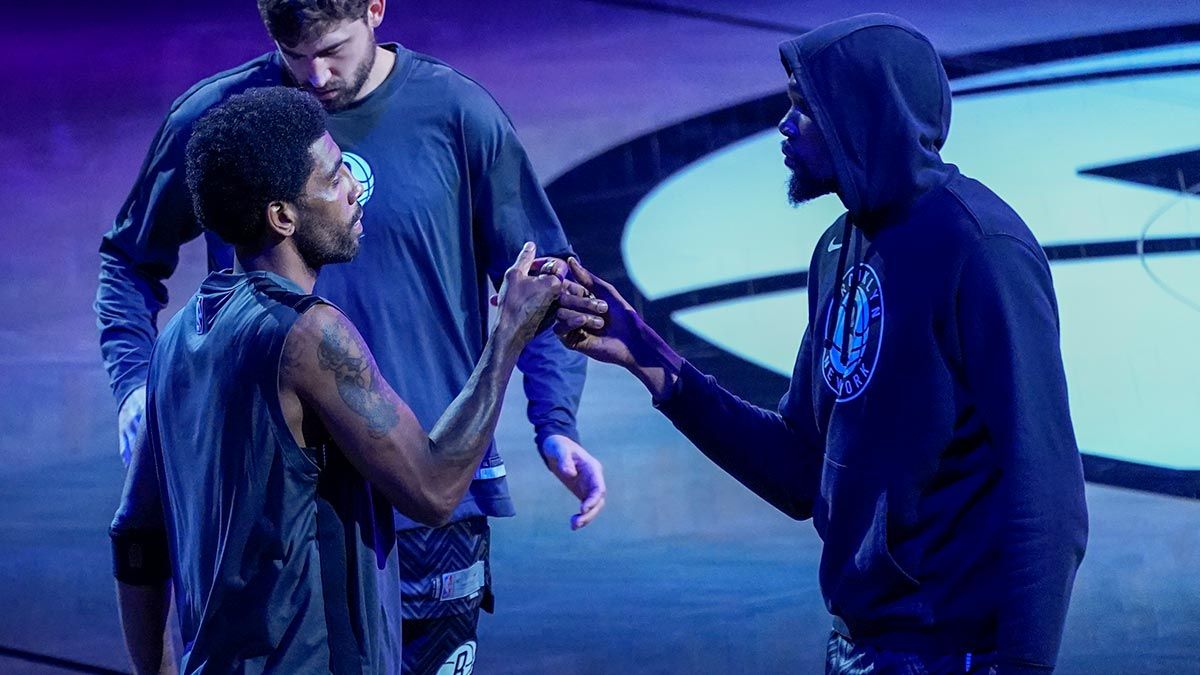 The Jazz will have to buck a little trend if they’re going to go on and win the NBA title.

Irving did it this season, at 50.5% from the field, 40.2% on 3’s, 92.2% from the line. He’s the ninth player in NBA history to join the club — and three of the nine are now associated with the Nets. Brooklyn coach Steve Nash did it four times as a player, and Nets forward Kevin Durant did it once when he was with Oklahoma City.

They did so by outscoring opponents this season by a total of two points.

Heat 7,781, Opponents 7,779 was the final tally for the season. That marked the sixth time in NBA history that a team went an entire season and was within two points, one way or another, of the combined score of their opponents.

It wasn’t just a Miami thing, either. The Indiana Pacers were outscored by three points this season — one of only nine teams to go through an entire season and have the margin be that close. 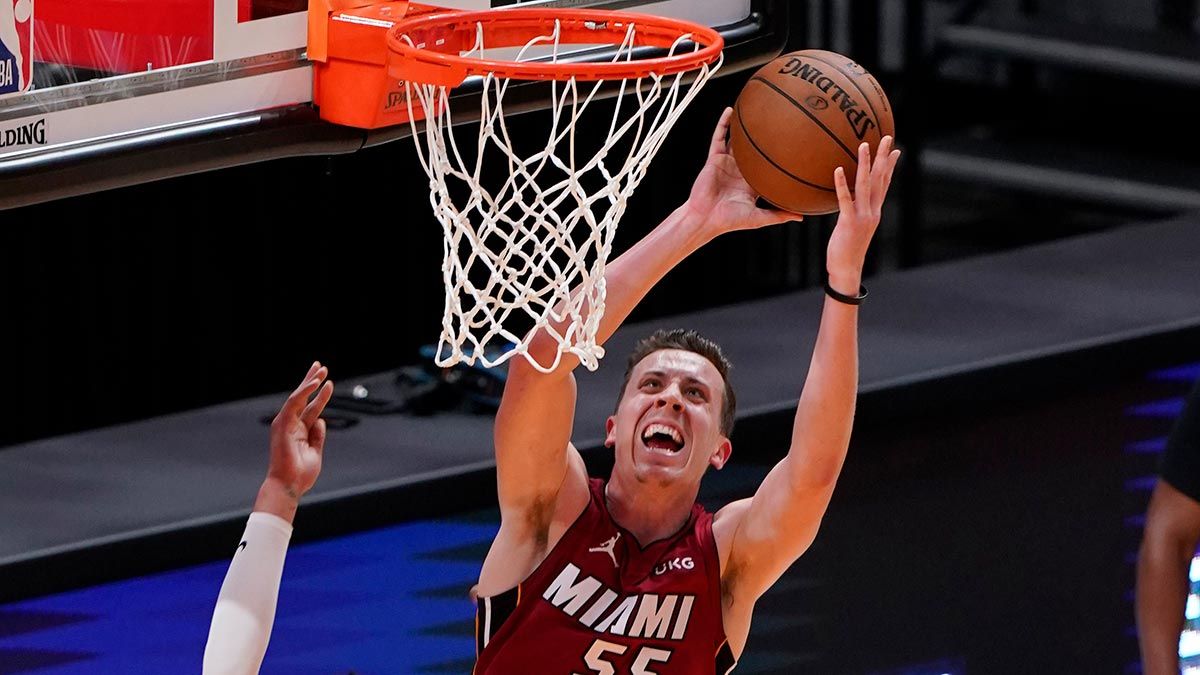 Bridges, Robinson, Jokic, Barrett and Bogdanovic started all 72 games for their respective teams.

Zubac’s “streak” was helped at the end of the season by the Clippers’ decision to play him for 3 minutes, 18 seconds in the next-to-last game of the season — and for just 6 seconds in Sunday’s finale.

The NBA hasn’t said when next season will begin. Based on past years’ schedules, a logical opening date would be Oct. 19 — though it remains anyone’s guess.

The Toronto Raptors last played a game in Canada on Feb. 28, 2020. They played five games on the road before the March 11, 2020 pandemic shutdown — and have been displaced ever since.

If opening night next season is Oct. 19, that would be the 599th day since the Raptors played a “home” game. And while they’re eager to get back to Toronto, they’re leaving a legacy behind in Tampa in the form of a $350,000 gift to fund three courts and a multipurpose room at an academic and leadership center being built there.

The idea was player-driven, the Raptors said.

Players must appear in a certain percentage of games to be eligible for the crowns in those categories.