Pacers search for answers after getting swept out of playoffs again

INDIANAPOLIS — Myles Turner has been to the playoffs each of his first five seasons with the Indiana Pacers. He still hasn't reached the second round.

"At some point, you have to get over the hump," the 24-year-old center said, emphatically acknowledging he's taking it personally.

Whether that happens next season largely depends on how the front office, the coaches and his teammats handle this offseason, however long it lasts.

How much of a struggle has the postseason been for Indiana?

The loss to Miami on Monday sealed a second straight first-round sweep and the team's third in four years — the only best-of-seven series sweeps in the franchise's NBA history. They've lost a franchise-record nine consecutive playoff games, too.

Sure, there are obvious explanations.

Two-time All-Star Victor Oladipo wasn't available last season because of a season-ending knee injury. Then he missed most of Game One against Miami after getting poked in the eye.

Domantas Sabonis, who made his first All-Star appearance in January, left the bubble to see a foot specialist but never suited up in Orlando, Florida, because of plantar fascitis in his foot. His absence cost the Pacers their top rebounder, a glaring hole Miami exploited throughout the series. 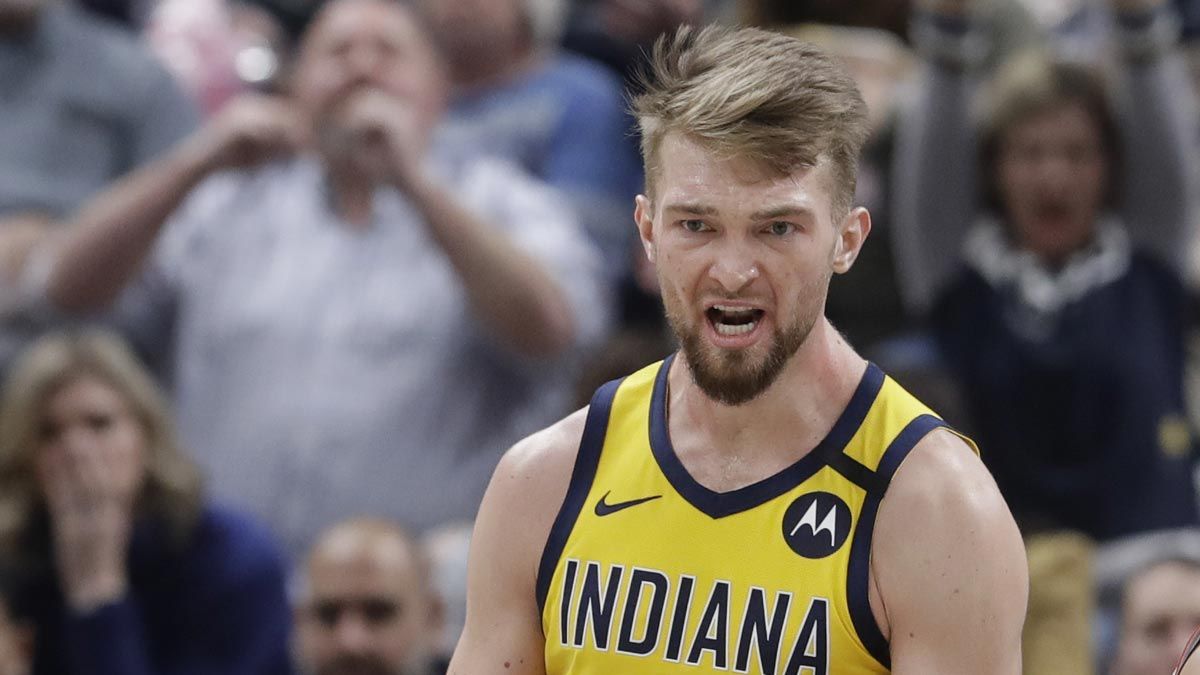 Jeremy Lamb, who played well while replacing Oladipo in the starting lineup, and again after Oladipo returned in late January, also was not available in the bubble because of a season-ending left knee injury suffered three weeks before the season was stopped by COVID-19.

Clearly, the injuries have made a difference, something coach Nate McMillan grudgingly acknowledged following Monday's 99-87 loss.

"Once you get into the playoffs, you need everybody," he said. "You're playing against the best. I really felt that we had everybody when we came down and Domas got injured and wasn't able to play in any of these games. It was a tough adjustment for us."

McMillan wants players to use the recent postseason failures as motivation to come back healthier and stronger next season.

And the Pacers will continue to search for answers.

"I'm not sure, it's hard to say," Oladipo said when asked what's gone wrong. "It's hard to gauge because unfortunately we haven't been 100% healthy the last few years."

General manager Kevin Pritchard's most telling decision over the next few months will be dealing with Oladipo's contract, which expires after next season.

Turner signed a four-year, $80 million deal before the 2018-19 season and Sabonis signed a four-year extension that could pay out as much as $85 million in October. Indiana also acquired guard Malcolm Brogdon in a sign-and-trade deal from Milwaukee, a deal that gives Brogdon $85 million over four years. 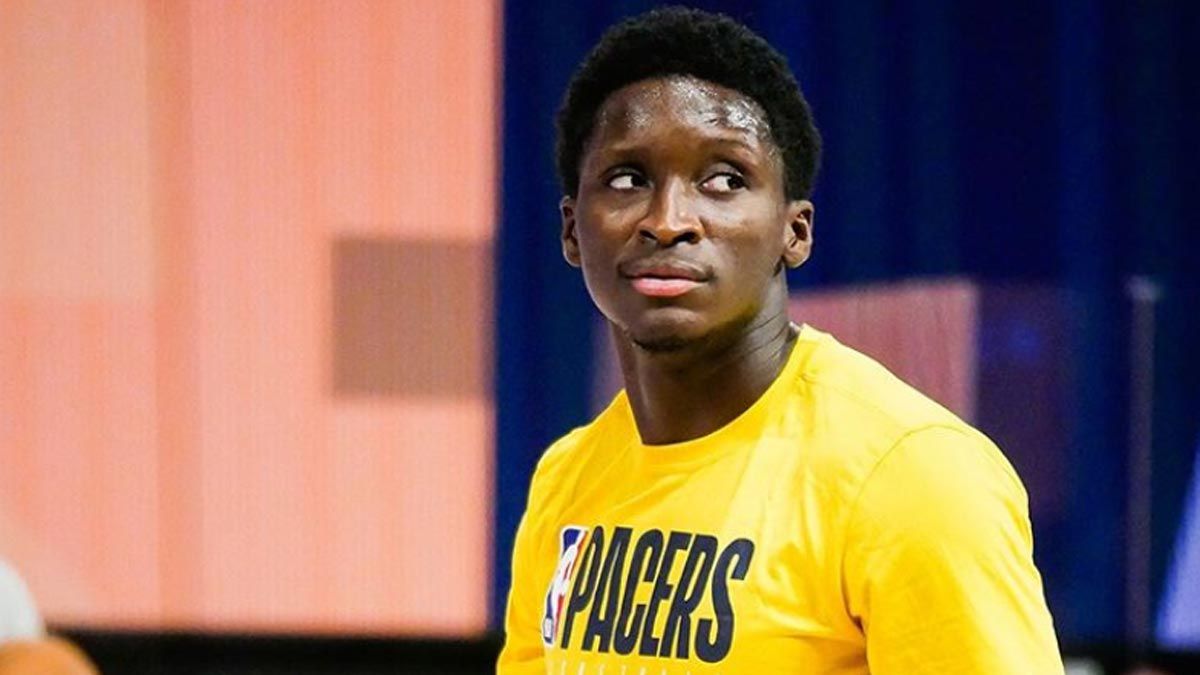 Oladipo is up next.

He struggled when initially after returning from a 12-month rehab program and even considered opting out of the restart while still on a minutes limit because of the injury. But he played and he played well in Orlando, finishing the playoffs as Indiana's No. 3 scorer.

"I'm not really worried about that (contract) right now, I'm just focused on making sure I get my knee right, get fully strong, get my health where it needs to be," Oladipo said. "I'll worry about all that when the time comes. But right now my main focus is getting healthy and getting 100% healthy, both internally and externally, and coming back next year a different human being."

When Sabonis went down, McMillan adjusted with a three-guard lineup that seemed to free up T.J. Warren. He averaged 26.6 points in 10 games in the bubble including the first playoff games of his career. He also tied Jermaine O'Neal's franchise record for most points in a three-game span (119).

Warren had been one of the Pacers most consistent scorers before the stoppage and if he continues playing this way next season, it would make McMillan's job next season much easier. 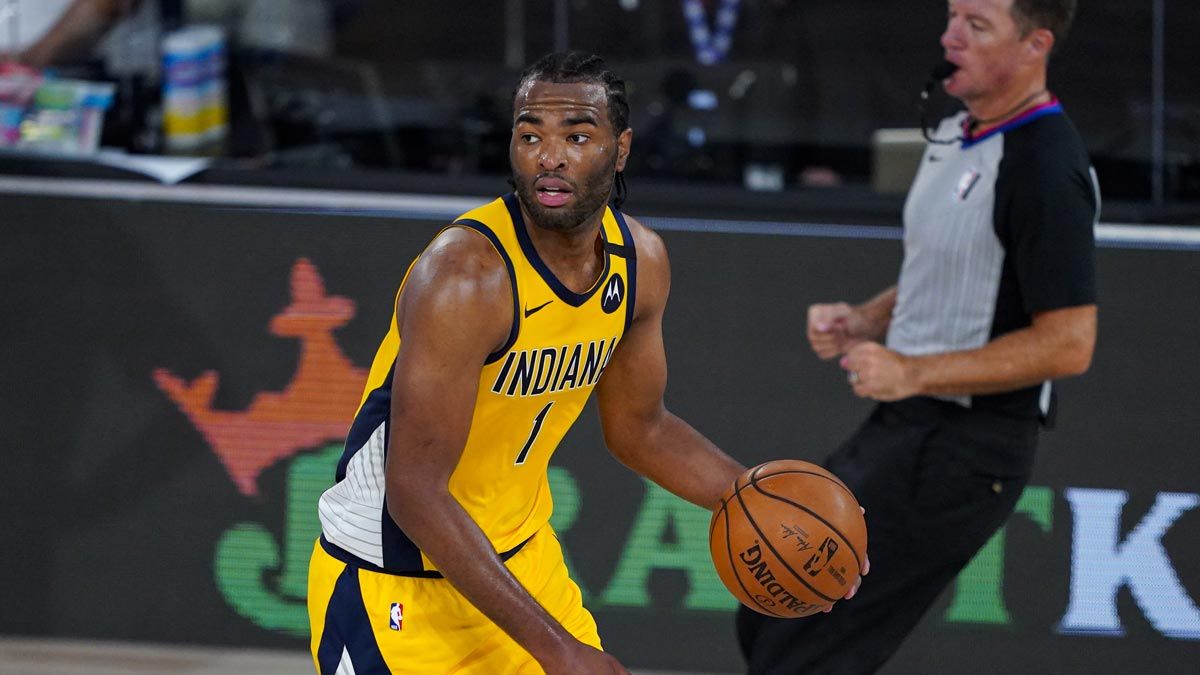 McMillan's job is not jeopardy despite the playoff struggles. Two weeks ago, he agreed to a one-year extension that keeps with the Pacers through the 2021-22 season. In addition, McMillan and Pritchard still have a strong relationship that dates to their days in Portland.

"Between injuries and changes in personnel, he and his coaching staff have adapted and produced positive results," Pritchard said when the deal was announced. "He also represents the franchise, the city and our state in a first-class manner."