Gordon finished with 19 points and nine rebounds in his return to Orlando's lineup after missing one game with calf tightness. Nikola Vucevic had 26 points and 15 rebounds, and Evan Fournier scored 25 points.

Fox put the Kings ahead 112-11 with a three-point play with 15 seconds left. After a timeout, Orlando inbounded the ball to Fournier, who went up for a shot at the right elbow before passing down low to Gordon.

Facing a double-team and with his back to the basket, Gordon flipped the ball up and in. He was fouled by Cory Joseph and made the ensuing free throw to give the Magic their fifth win in seven games.

Fournier struggled with his shot all night but went 12 for 12 on free throws. Orlando was 25 for 30 from the line while Sacramento was 10 of 11.

Vucevic and Fournier had 15 points apiece in the first half to offset Bjelica's 22 before the break. Orlando led by eight after the first quarter and was up 65-52 at halftime. 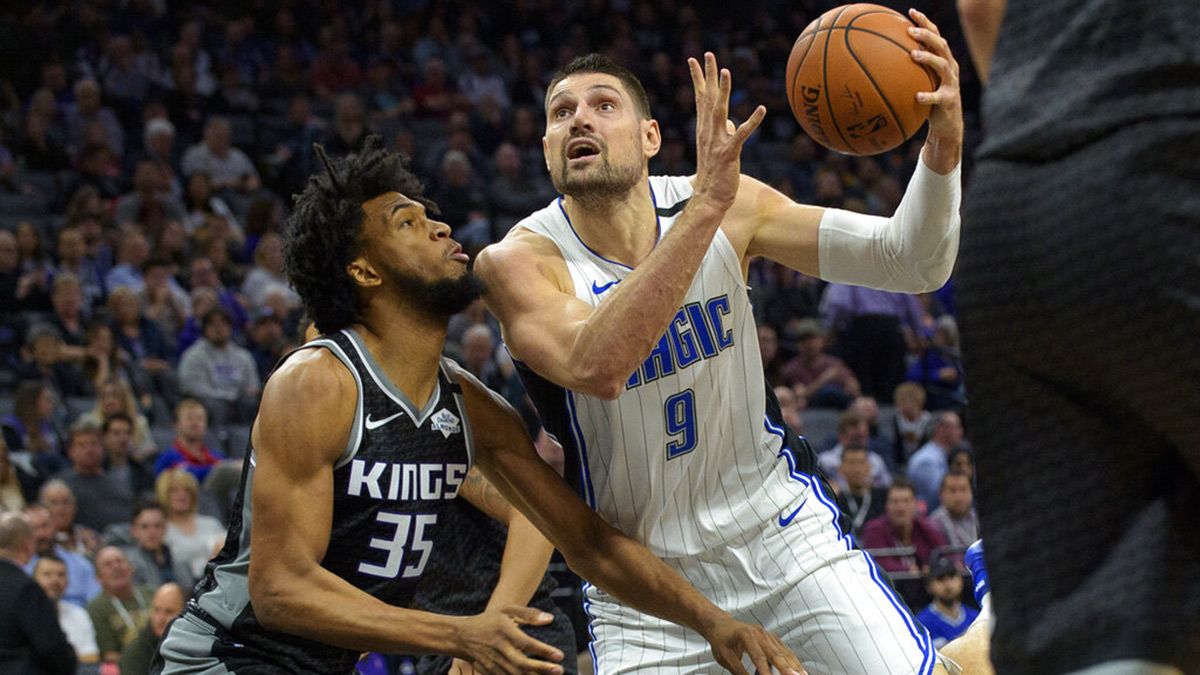 Nikola Vucevic goes for a shot against Marvin Bagley III.

The Magic were up by 10 midway through the third but went cold, while the Kings heated up.

Marvin Bagley III scored eight straight, Buddy Hield made a 3-pointer and Trevor Ariza followed with a layup to cut Orlando's lead to 86-85.

Magic: D.J. Augustin had six points after sitting out Friday's loss to Phoenix because of a left knee contusion. It was the first game that Augustin has missed this season. … Vucevic had a double-double before halftime.

Kings: Bjelica made his first four shots and was 8 of 9 with a banked-in 3-pointer late in the second quarter. … Richaun Holmes (right shoulder) and Bogdan Bogdanovic (right ankle) were held out.

Magic: Play the Lakers on Wednesday in the first half of a back-to-back against the Los Angeles teams. Orlando lost to the Lakers in December.