Playing without Joel Embiid and three other regulars, the 76ers held Nikola Jokic to three points in the second half on a night when enraged Nuggets coach Michael Malone was ejected and had to be restrained by Jokic after charging onto the court as the Philadelphia took control in the third quarter.

Jokic had 30 points, 10 rebounds and seven assists before leaving the court for the locker room late in the fourth quarter. Will Barton returned from a back injury to finish with 19 points, nine rebounds and eight assists for Denver. 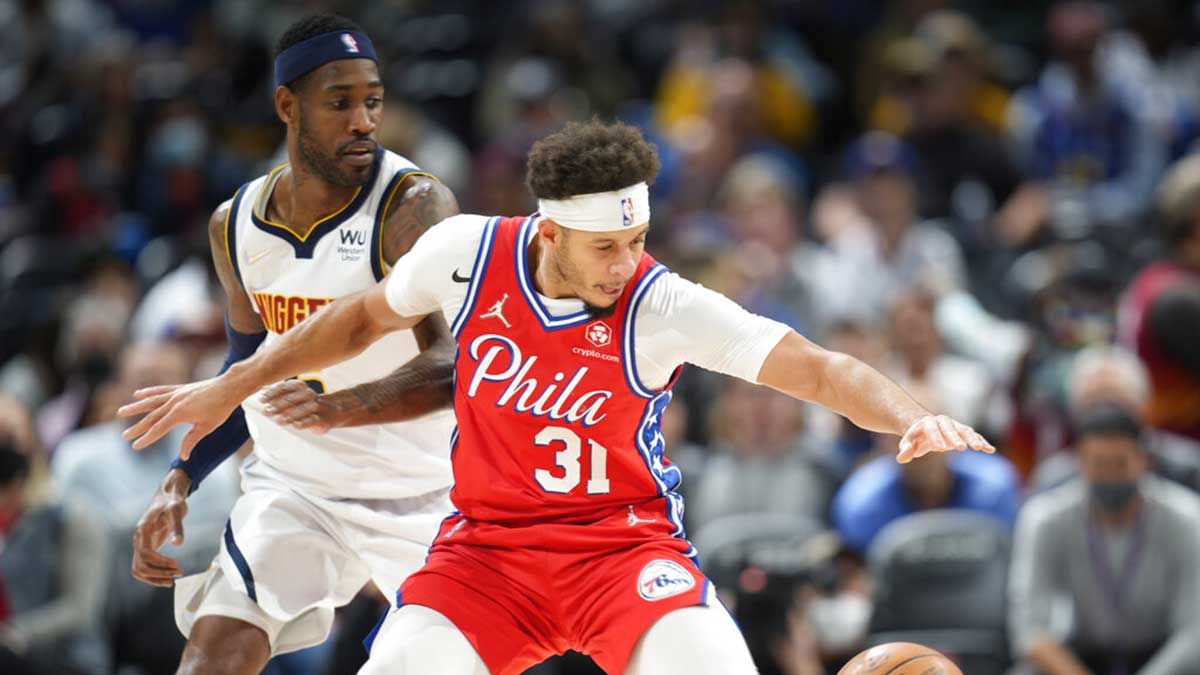 The Nuggets shot 36% from the field in their second straight defeat after a five-game winning streak.

The award winner, Jokic, was matched up with veteran Andre Drummond and Charles Bassey instead. And while Jokic dominated in the first half with 27 points, he got little help.

Philadelphia, which also got 17 points from Tobias Harris, was also again without Matisse Thybulle (health and safety protocols) and Danny Green (left hamstring). And there's been no resolution with Ben Simmons (personal reasons), who has asked to be traded.

Malone was nervous before the game because "everybody at home thinks we should win this game by 30 points."

"If we look at no Ben Simmons, no Joel Embiid, no Matisse Thybulle, no Danny Green, they've lost five in a row, well, if we start thinking about that stuff that's when you get your (butt) kicked," Malone added.

Malone's fears proved true, as the Sixers dominated Denver's bench and built a 46-29 lead on Georges Niang's 3-pointer midway through the second quarter.

Jokic returned and scored in a variety of ways to get Denver to 58-52 at the half. But Philadelphia held the Nuggets to 5-of-22 shooting in the third quarter in building a 20-point lead as Malone lost his cool.

Malone picked up consecutive technical fouls with 6:04 left and ran to center court to confront the officials. Jokic stepped in to cut off Malone, who was cheered as he headed through the tunnel to the locker room.

But the Nuggets didn't respond as a leaky defense and poor shooting allowed the Sixers to win for the first time since Nov. 6 at Chicago.

Nuggets: Barton (back) started after missing two games. ... It was the first time in nine home games Denver has allowed 100 points.

Jokic and Embiid haven't squared off since Dec. 10, 2019. Embiid missed both games against the Nuggets last season. The teams meet again March 14 in Philadelphia.

Rivers had dinner with his son, Nuggets guard Austin Rivers, and his two grandchildren Wednesday night.

Austin Rivers, who had five points on 2-of-8 shooting, first signed with the Nuggets in April and re-signed in September.

76ers: At Portland on Saturday night in the fourth stop of their season-long six-game trip.

Nuggets: Seek a 10th straight victory over Chicago when they host the Bulls on Friday night.