Tobias Harris added 18 points in a rematch of a game the 76ers won 127-124 in overtime Monday night on the same court.

Gordon Hayward had a season-high 31 points and seven assists for the Hornets, who played without five rotational players, including last year's NBA Rookie of the Year LaMelo Ball due to NBA health and safety protocols.

Kelly Oubre Jr., who had 35 points in Charlotte's loss Monday night, finished with 22 points and 10 rebounds but finished just 3 of 12 from beyond the arc and missed a free throw that would have made it a one-possession game with seven seconds left. 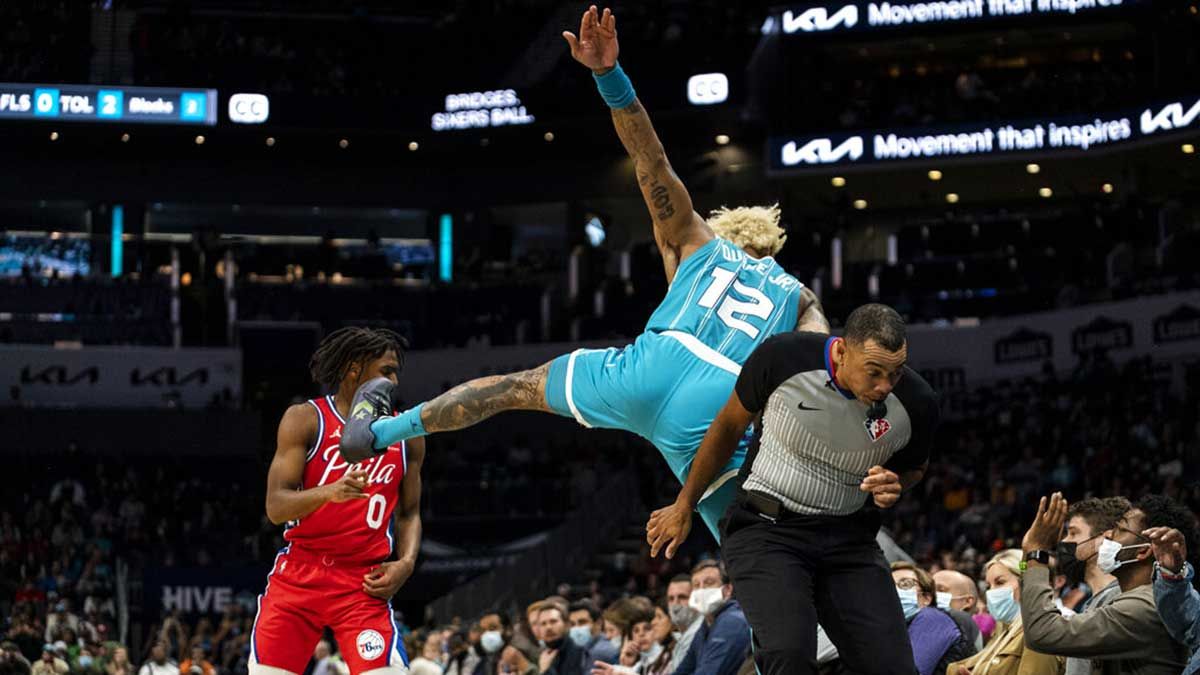 The Hornets have lost five of their last six.

Embiid, who had 43 points and 15 rebounds in the previous matchup, wasn't as dominant with his fadeaway jumper but made 15 of 19 foul shots.

For the second time in three nights, the short-handed Hornets played the 76ers tight in a game that featured 16 lead changes and 12 ties.

P.J. Washington banked home a 3-pointer from the top of the key with 3:25 left to give the Hornets a 98-97 lead, igniting the crowd.

Danny Green and Embiid answered with 3s to swing the momentum back to Philadelphia. Embiid then added a dunk on a drive down the middle of the lane to extend the lead to seven with 1:53 remaining.

The Hornets clawed back behind another 3 from Washington and a backcourt steal by Cody Martin that resulted in a dunk for Oubre to cut the lead to 107-104 with 29.9 seconds left.

Harris made two free throws to push the lead to five and the Hornets never got within three again.

The game had some heated moments.

Late in the second quarter, Philadelphia's Andre Drummond and Charlotte's Miles Bridges exchanged words and had to be separated by teammates before both players were assessed a technical foul.

76ers: Tyrese Maxey returned to the starting lineup after sitting out a game with an illness. ... Scored 23 points off 19 Charlotte turnovers.

Hornets: Center Nick Richards rolled his left ankle in the second quarter but was able to return. ... Miles Bridges had 20 points.