The Philadelphia 76ers sure hope The Beard is good to go — not just for the opening-round Eastern Conference series against Toronto — but for a deep run into June.

That's why Philly traded for him.

But the early returns, well, they show the All-Star pairing with Joel Embiid is still going through some growing pains in the two months since Harden was traded. Some of the numbers on the surface look pretty good: Harden is one of only seven players in 76ers history with eight games of at least 20 points and 10 assists. He's shooting a robust 89 percent from the free-throw line. And he's made Philly forget all about Ben Simmons.

Harden has been in a bit of a shooting malaise over the final month of the season. He's just 15 of 45 overall from the floor and 7 of 24 from 3-point range, not exactly numbers worthy of the 2018 NBA MVP. He hasn't shown the explosiveness to the rim that he flashed in his prime, and Harden — surprisingly — has deferred more to his teammates than take games over as one of the great isolation scorers of his era.

Maybe he'll get going in Game One on Saturday in Philadelphia.

If he's feeling pressure headed into his first playoff series with Philly, Harden isn't showing it.

OK, it's not that easy, and Harden will have to rise above the postseason pressure if he's going to help the 76ers win their first NBA title since 1983. The 76ers thought their championship window would be open for a decade with the Embiid-Simmons pairing, only to watch their relationship with the mercurial guard disintegrate. They traded him to Brooklyn for Harden, and the Sixers are in full win-now mode.

The best Philly team in Embiid's tenure was in 2019 when they lost to the Raptors on Kawhi Leonard's four-bounce Game Seven buzzer-beater in the second round. The Raptors won the NBA title. The 76ers have seemingly never recovered from one of the more crushing defeats in team history.

Embiid left the court that night in tears. He reshaped his game and his conditioning and become a perennial MVP candidate. He won the scoring title this season and joined Allen Iverson and Wilt Chamberlain as the only 76ers to average at least 30 points in a season.

Toronto All-Star Fred VanFleet, who averaged a career-high 20.3 points and 6.7 assists, has seen the change in Embiid.

"He used to be play back-to-the-basket like a five and now he's turned into Kevin Durant, Michael Jordan, Kobe, Shaq, all put together," he said.

"Going into the series, I've played enough against them to know how they're going to play," he said. 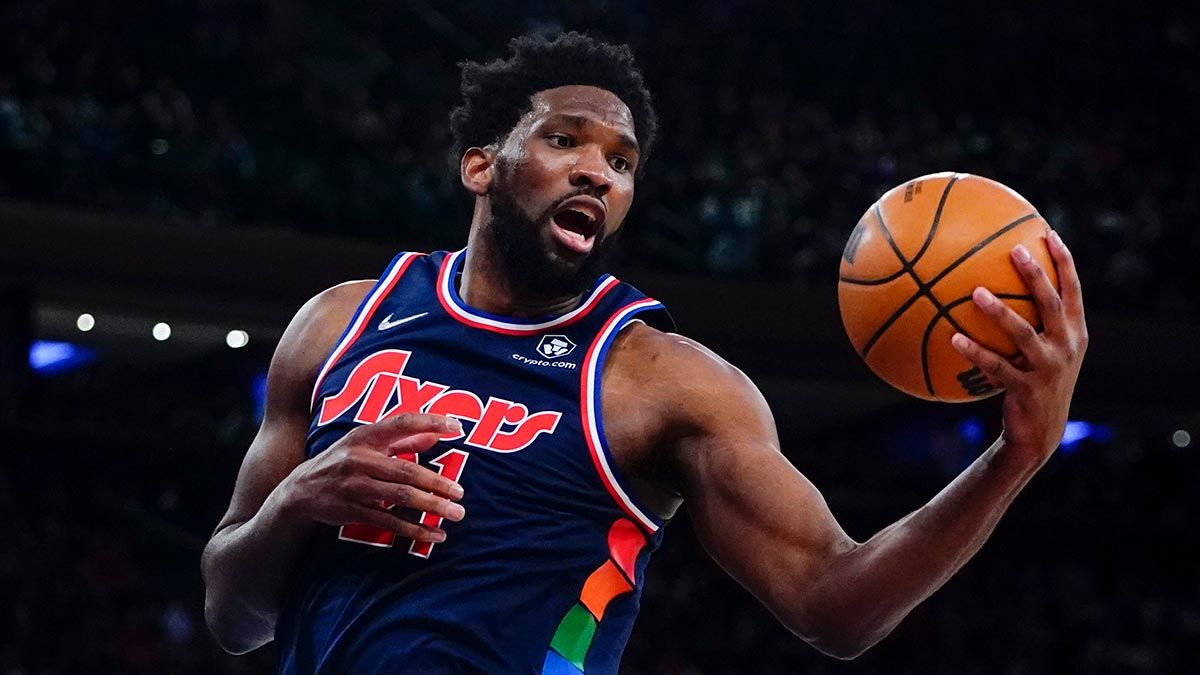 Joel Embiid and the Sixers are seeded fourth and will play No. 5. Toronto.

Philadelphia guard Matisse Thybulle, one of the NBA's best perimeter defenders, isn't fully vaccinated against COVID-19. So Thybulle is barred from Canada because unvaccinated foreign nationals are currently prohibited from entering the country, and limited exemptions to the rule no longer apply to professional athletes. The 76ers will play without him for Game 3, Game 4 and, if needed, Game 6.

Toronto forward OG Anunoby should be ready for Game One after missing time with a sore right thigh.

"OG hasn't really played at all for a long time, so he needs to get rhythm and conditioning," coach Nick Nurse said. "He'd be the biggest concern. Seems like he's coming along OK. He got a little sore after the game on Sunday, but we'll see."

VanFleet didn't play in 11 of the Raptors' last 24 games with a bruised knee. VanFleet said the week off helped him.

Nurse doesn't expect the playoff spotlight to shine too bright for rookie forward Scottie Barnes. The versatile big man also has started at point guard for the Raptors. In 74 regular-season games, Barnes averaged 15.3 points, 7.5 rebounds, and 3.5 assists. Nurse called Barnes "a real competitor" whose best basketball is still to come in the postseason.

Just a week after he turned 19, Raptors forward Thad Young was Philadelphia's first-round pick in the 2007 NBA draft. Young spent his first seven seasons with the Sixers, but the 15-year vet has since played in Minnesota, Brooklyn, Indiana, Chicago, and San Antonio before being traded to Toronto this season.

"Honestly, that's where I grew up," Young said of his time with the 76ers. "That's where I went from being a boy to a man. I started my family there. I thought I would always be there. Philly will always be another home to me."