CALAMBA — Doha is the next stop for the Family's Brand Sardines Zamboanga City squad after ruling the 2020 Chooks-to-Go Pilipinas 3x3 President's Cup presented by TM.

The core four of Joshua Munzon, Alvin Pasaol, Santi Santillan, and Troy Rike are set to banner Manila Chooks for the Doha Masters of the 2020 Fiba 3x3 World Tour on November 20 to 21, marking the country's return to international competitions since the outbreak of the global COVID-19 pandemic.

"Ever since (Fiba 3x3) had their first Masters, I wanted us to be at that stage. So for us to get a chance to hopefully make some noise and put what we've learned with what we've been doing here and put it to a test there, it's a big test for us." 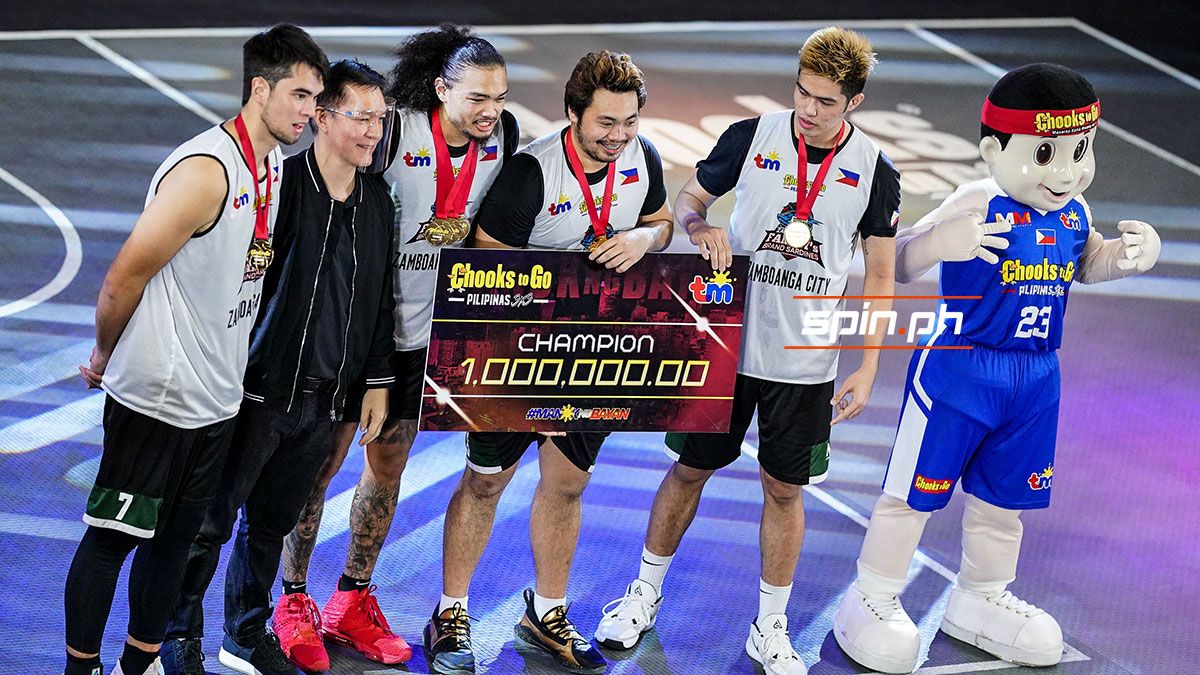 The quartet edged the Nueva Ecija Rice Vanguards in the Million Peso Game in the Grand Finals of this tourney presented by TM on Friday at Inspire Sports Academy, taking home the P1 million pot and reaffirming their status as the top 3x3 squad in the country.

And this Qatar sojourn will just be the icing on the cake as the players admittedly miss competing in the professional circuit in the international stage after their active participation last year.

Not only that, it also benefits Munzon and Pasaol, both of whom are part of the Gilas Pilipinas 3x3 national team which will compete in the Fiba 3x3 Olympic Qualifying Tournament in May 2021 in Graz, Austria.

There, they will be teaming up with Terrafirma's CJ Perez and San Miguel's Mo Tautuaa as they shoot to snag one of the three tickets to the inaugural 3x3 competitions in the 2020 Tokyo Olympics next year.

"Heading to the OQT, this will give us a better insight on how far we've come," said Munzon. "We'll definitely be put to the test when we go to the Masters."