THE Maharlika Pilipinas Basketball League (MPBL) has come under fire on social media after Commissioner Kenneth Duremdes implemented a 'discriminatory' rule limiting its 25 teams to only one Fil-foreign player no taller than 6-foot-4.

Duremdes announced the new rule in an interview with Foxsports.ph, saying he wants to maintain parity and make homegrown players the priority in the regional league owned by boxing superstar Manny Pacquiao.

The new rule emerged after expansion team Mandaluyong announced through head coach Mac Cuan that it has brought in mainstays of Alab Pilipinas, including Ray Parks, Jr. and Lawrence Domingo.

Duremdes later ruled Mandaluyong should pick between Parks and Domingo owing to the one-per-team policy on Fil-foreigners.

The rule, however, didn't sit well with former PBA players like Rob Reyes, who came out of Twitter 'hibernation' to denounce the policy which he branded 'racist' and 'illegal.' 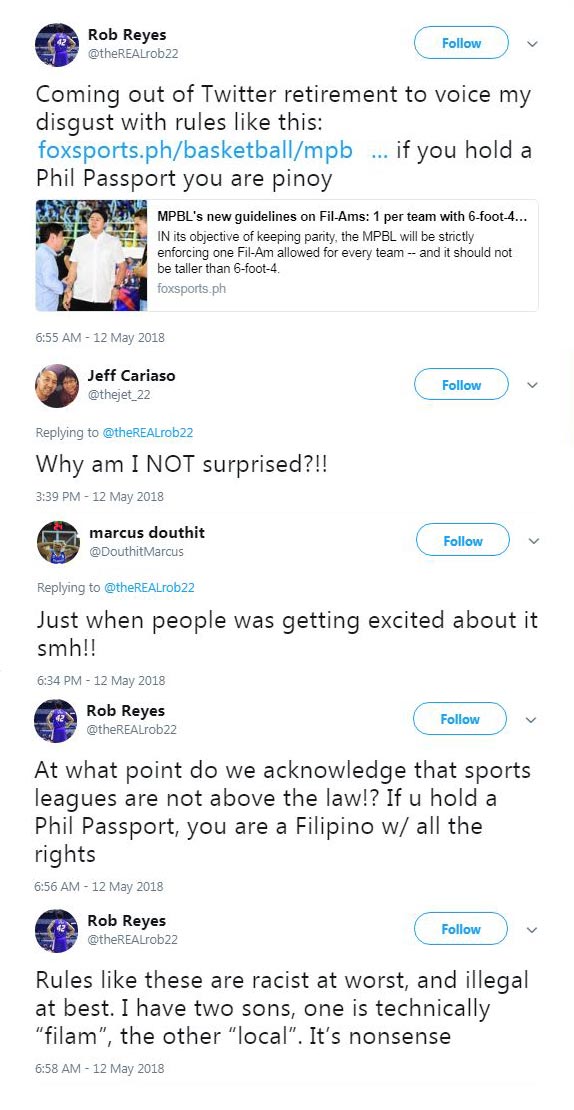 Duremdes, however, defended his decision.

The PBA has a similar rule limiting teams to five Fil-foreigners in its lineup.

The former PBA MVP even cited one case where he said he barred one player of Valenzuela, Maika Usita, from playing in the league for the same reason.

"We don’t want to see bigger Fil-foregin players dominating our local playe\rs and homegrown,” he said.

But the controversial rule has obviously kicked up a storm.