MITCHELLE Maynes has made a name in La Union as one of the best players ever produced by the province.

The 24-year-old Maynes has distinguished himself as one of the stalwarts of the La Union PAOwer that reached the finals of the National Basketball League (NBL) Season 3 President’s Cup against powerhouse Pampanga.

During the elimination round, Maynes averaged 18 points per game - good for a share of fourth place along with Justine Baltazar of Pampanga and Jon Jon Rebollos of Zamboanga as he led the PAOwer to a 5-1 win-loss record.

Aside from his all-around play, the 6-foot-2 Bangar, La Union native is regarded as one of the most athletic players in the province. A few of his dunks can be seen on Facebook.

Not bad for a guy whose first sport was badminton.

Maynes’ basketball career has its share of ups and downs.

During his high school days, he never got to play in the Ilocos Region Athletic Association (IRAA), the regional meet before the Palarong Pambansa, and had no plans of playing varsity ball in college.

But once again, the same friend that convinced him to join a tryout in elementary got it touch again and asked him to join another tryout at La Finn’s Scholastica, which was coached, incidentally, by Aquino. 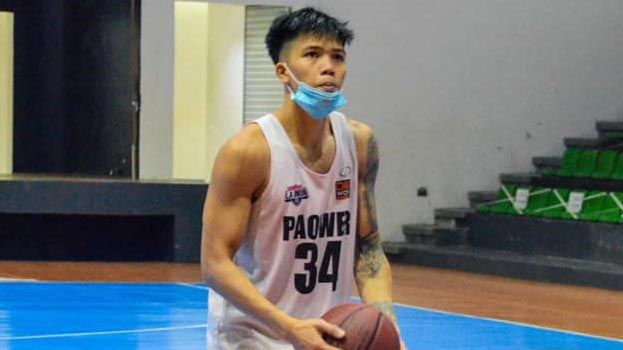 After a stint with La Finn’s, Maynes moved to St. Louis College also in La Union, then tried his luck in Manila, first with Letran.

He got another invite from provincemate and now La Union PAOwer teammate Erven Silverie to try out with another Manila school, this time with Centro Escolar University.

Although he is happy with his decision, Maynes admitted he thinks about the what-ifs from time to time.

“Sana tinuloy ko,” said Maynes, when asked if there are regrets.

But Maynes said he is glad to get as far as his basketball skills have taken him – being one of the stars of the La Union PAOwer that is eyeing a championship in their first season in the regional league.

Maynes admitted it won’t be easy in the finals as the PAOwer will be facing a tall, talent-laden Pampanga Delta squad. Game One is on Thursday at the NBL bubble at the Bren Z. Guiao Convention Center in San Fernando, Pampanga.