JOHN Mendez walked briskly into the Mall of Asia Arena early Saturday afternoon, his gear in his bag as he braces for another busy day in the NBTC All-Star Game.

The day was pretty much routine for the young man working as the Chooks-to-Go mascot as he hyped the crowd with his antics and danced around the Mall of Asia Arena court for most of the side events.

That was until the dunk contest came.

Much has been said about that showdown between top NBA prospect Jalen Green and Filipino aerial specialist David Carlos, with most agreeing that it was the greatest dunk contest in Philippine soil.

Little did ‘Janjan’ know that he was going to be a part of it.

With Green needing a 47 to advance to the final round, the Fil-Am high-flyer sought assistance from the Chooks to Go mascot, much to the delight of the crowd.

It was quite unfair to put Green’s fate in Mendez’ hands, considering that he wears an added 20 pounds of costume from head to toe. But there was no way he was going to turn down an opportunity to work with a future NBA player.

Mendez botched his first attempt at a pass. Perhaps bothered by the sheer weight of his costume, the mascot sent his pass weakly into the backboard, eliciting laughter from the crowd.

But the 32-year old Pasig native sent the next pass perfectly off the backboard, allowing Green to catch it in midair, cradle it between his legs and throw it down with authority as the venue erupted in cheers. 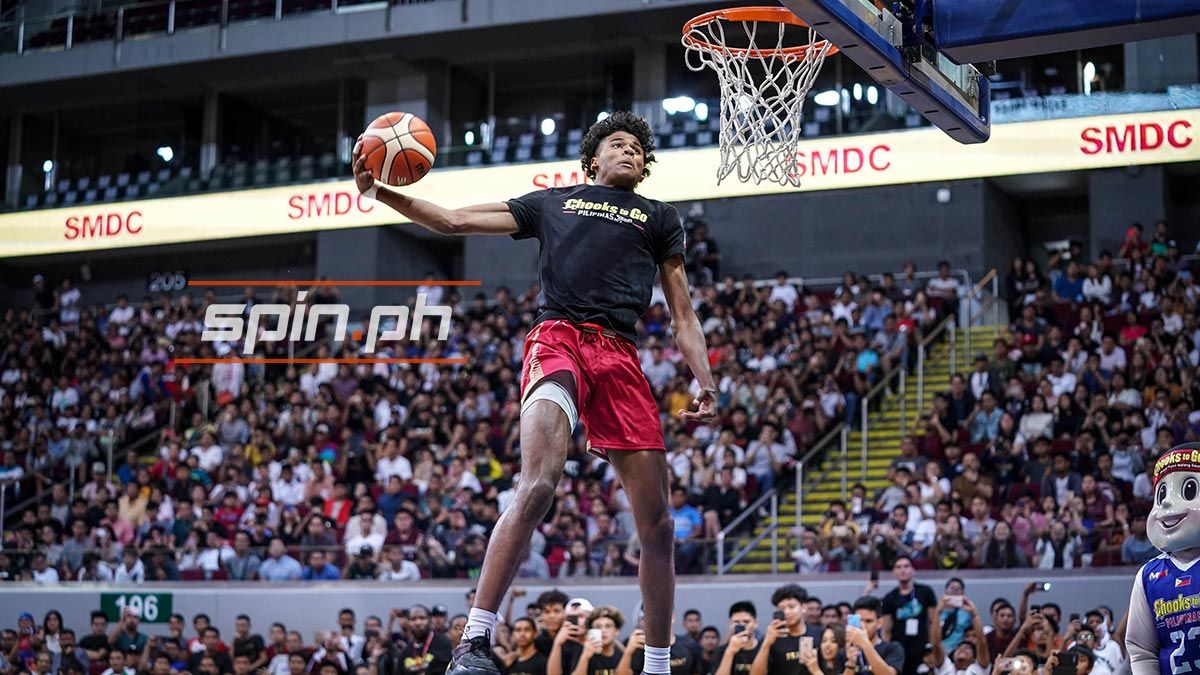 His little contribution enabled the showdown between Green and Carlos to continue on, with the two high-flyers electrifying the crowd with jaw-dropping aerial acrobatics. The two were later adjudged co-winners.

Mendez sat back and enjoyed the show. While many were able to witness it live with him, it’s only him who can truly say that he was a part of that spectacle.