DAVAO CITY - Hours before Davao Occidental's win-or-go-home game against Bicol on Wednesday evening, the Tigers received the worst news it could possible get.

Mark Yee was diagnosed with a torn plantaris muscle in his right knee suffered in a collision last February 21 during Game Two of the Chooks-to-Go/MPBL Lakan South quarterfinals.

That injury alone should have sidelined him for at least two months. But as the swelling subsided a day before Game Three, the MRI results showed something much worse - the 38-year-old had a partial anterior cruciate ligament tear and a torn calf.

Defying doctors' orders, the veteran forward decided to suit up for Davao Occidental on Wednesday evening at the RMC Petro Gazz Gym here.

"He has a partial tear in his ACL and a torn calf. The doctors told me that he was not supposed to play but Mark came up to me and said that he wanted to fight," said Tigers head coach Don Dulay.

"What can I say to a guy who wants to fight? You have to let him fight!" 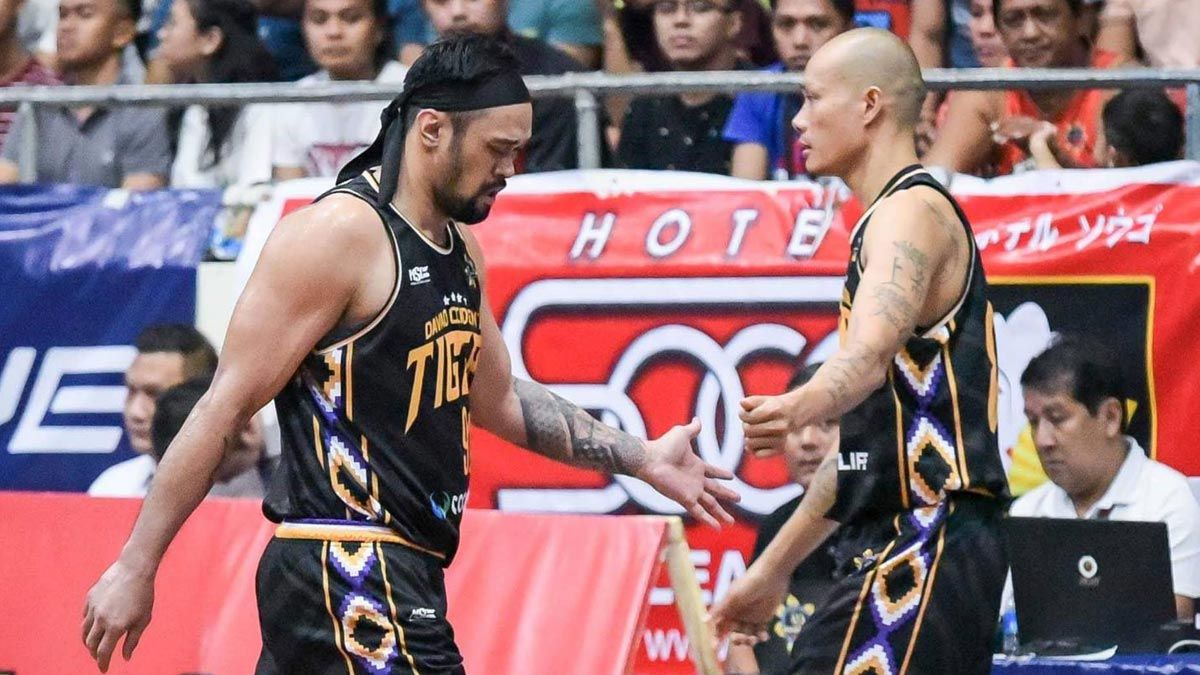 Yee entered the game with 3:46 left in the first half. The 6-foot-2 bruiser grabbed a couple of rebounds, threw up a triple that badly missed, and even had a steal to his name during the three minutes he played.

Yee would again play another five minutes in the third canto and the rest of the Tigers followed suit. Seldom-used players like Jerwin Gaco, Kenneth Mocon, and Richard Albo played big during the fourth quarter.

"Sobrang fighter ni Mark. Kahit may injury siya at kahit hindi siya pinayagan maglaro, pinakita niya sa amin na laban siya," said Gaco, who scored all 10 of his points in the last 10 minutes of the quarter to go along with eight boards.

Bicolwas able to send the game into overtime. Making matters worse for Davao Occidental, both Gaco and Billy Ray Robles fouled out. That left Dulay with no other recourse but to play Yee.

"I was concerned about his health but Mark wanted it bad. You got to let him play."

Yee anchored a Tigers' defense that held the Volcanoes scoreless in extra time. Davao Occidental eventually took the game, 64-56, to advance to the next round.

Yee said he left it all on the line to give his team a new lease on life.

Up next for Davao Occidental though is a hungry Zamboanga squad, which defeated Batangas earlier in the day, 69-52.

Yee is leaving his status for the upcoming best-of-three series that begins on Monday, March 2, in the hands of his coaches.