UP UNTIL Saturday afternoon, University of Santo Tomas-commit Mark Nonoy has never experienced playing in the Mall of Asia Arena.

So he made sure to leave a lasting impression.

Nonoy took over in the end, taking the spotlight away from the biggest stars in the court as Team Hustle came out with a 94-86 win over Team Heart in the Chooks-To-Go NBTC All Star Game.

He was later named the most outstanding player of the game.

The 18-year-old guard out of La Carlota, Negros Occidental scored 14 straight points down the stretch, as he shone the brightest in the court despite sharing it with the top US High School player Jalen Green, and the towering Kai Sotto.

His three pointer over Jeron Artest and UAAP Finals MVP Carl Tamayo capped off that scoring spree, putting his team ahead 89-82 with 34 seconds remaining in the game.

The stars weren’t just the ones he was playing with, they were stars all over the arena watching Nonoy effectively steal the show from everyone.

Cabagnot, who’s made a career in the PBA by hitting clutch jumpers, was left amazed by Nonoy’s heroics

“When he took that shot, there was no doubt in my mind na papasok yun. All night naman, he was hitting it. So pumasok, napatayo ako doon.”

For Gavina and Cabagnot, there was not really a question as to who the ball was going to in the endgame for Team Hustle.

While the talks heading into the All-Star game were about Sotto and the highly touted Green - there was little doubt as to who the best player on the court was - at least on that day.

“When he started to get it going I asked Alex who do you want the ball to go to? He told me to give it to Mark,” shared Gavina.

“He was being aggressive, usually the most aggressive players are playing the most fearless out there. He hit that big three I looked at Alex there, I was like, good call.”

For Nonoy, such grandiose debut at the Mall of Asia Arena was something that was never in his wildest dreams. 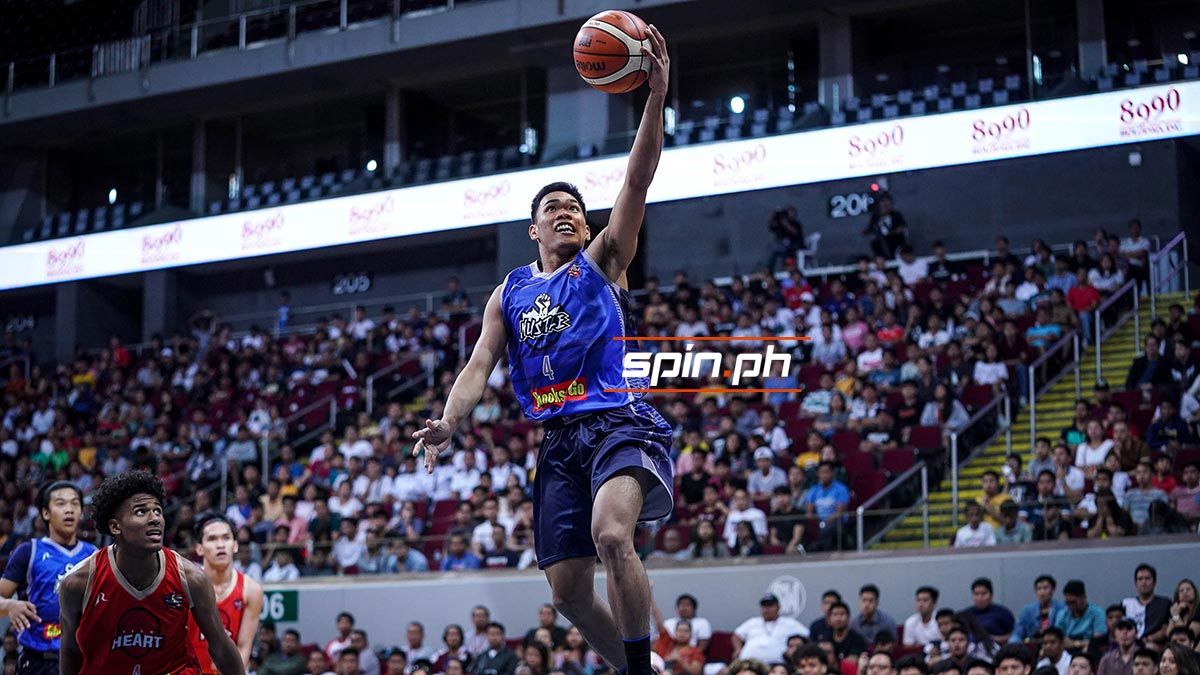 Flying under the radar for most of his high school career, which spanned from Hua Siong College in Iloilo and a one-and-done deal with the Tiger Cubs, there is no better way to make an introduction to casual basketball fans than to take the spotlight from projected future international talents.

After making a good account of himself and proving that he belongs in the same sentence as the Sottos and the Greens, Nonoy believes that there’s still so much more to work on, and so many things to accomplish.

For one, being an inspiration to players all over the country that playing in smaller leagues, in small districts is not a hindrance to chase a dream.

That is what pushes him to be better and better every day.