THE inaugural Final Four of the East Asia Super League (EASL) is headed to one of the most iconic basketball cities in the world.

Manila has been tapped as host of the league’s first ever playoffs set on March.

The EASL made the announcement on Wednesday, although the venue for the event is yet to be determined.

The Final Four will be held on March 3, a music festival will be staged the following day, and then the final is set on March 5.

The hosting meant the two Philippine representatives are going to have the benefit of the home crowd provided they advance deep into the tournament. 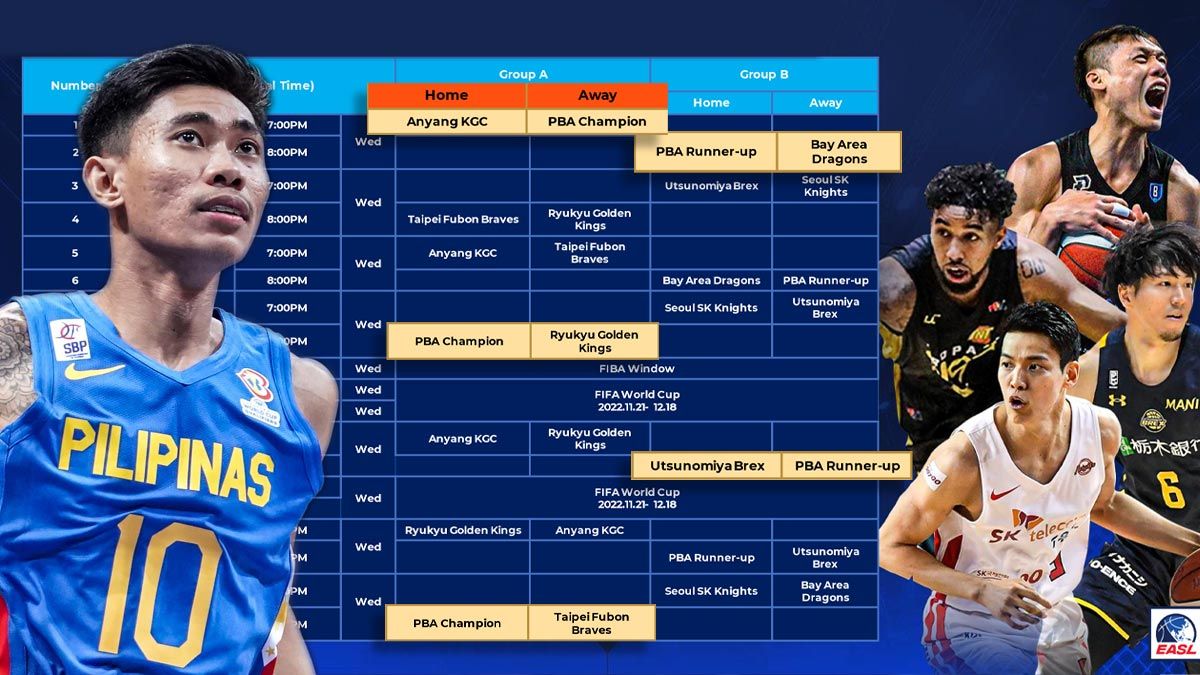 TNT already clinched one of two Philippine berths after making it to the finals of the all-Filipino conference last Sunday.

The other remaining ticket will be disputed by top seed San Miguel and Meralco in a sudden-death Game Seven of their Philippine Cup semifinal series on Wednesday.

At the same time, EASL also announced the Final Four Weekend for Season 2 taking place in early 2024, will be held in Okinawa, Japan.

“We couldn’t ask for a better city to host the first EASL Final Four. I would like to thank the local government authorities, our colleagues at the Philippine Basketball Association (PBA), and the Filipino fans for welcoming us. The Final Four weekend will be unique and memorable, bigger than any event EASL has ever held, featuring a music festival and a variety of fan activations,” said EASL CEO Matt Beyer.

“The decision to stage the inaugural EASL Final Four in Manila this March is a welcome development. The Philippines is a basketball-loving country and Filipino fans will be following the EASL games closely. Hosting the Final Four would be an exciting prelude to the FIBA World Cup as our country opens its doors to the global basketball community next year,” said PBA Commissioner Willie Marcial.

Reigning champion Seoul SK Knights and runner-up Anyang KGC will represent the Korean Basketball League (KBL) in the meet, the P. League + of Chinese Taipei is sending the Taipei Fubon Braves, the B. League of Japan will have the Utsonomiya Brex and Ryukyu Golden Kings, and the Bay Area Dragons are competing in behalf Greatet China.