Jeckster Apinan anchored the Super Crunch with his near-triple-double performance of 20 points, 12 rebounds, seven assists, and two steals to hand the Knights their first defeat in the playoffs. 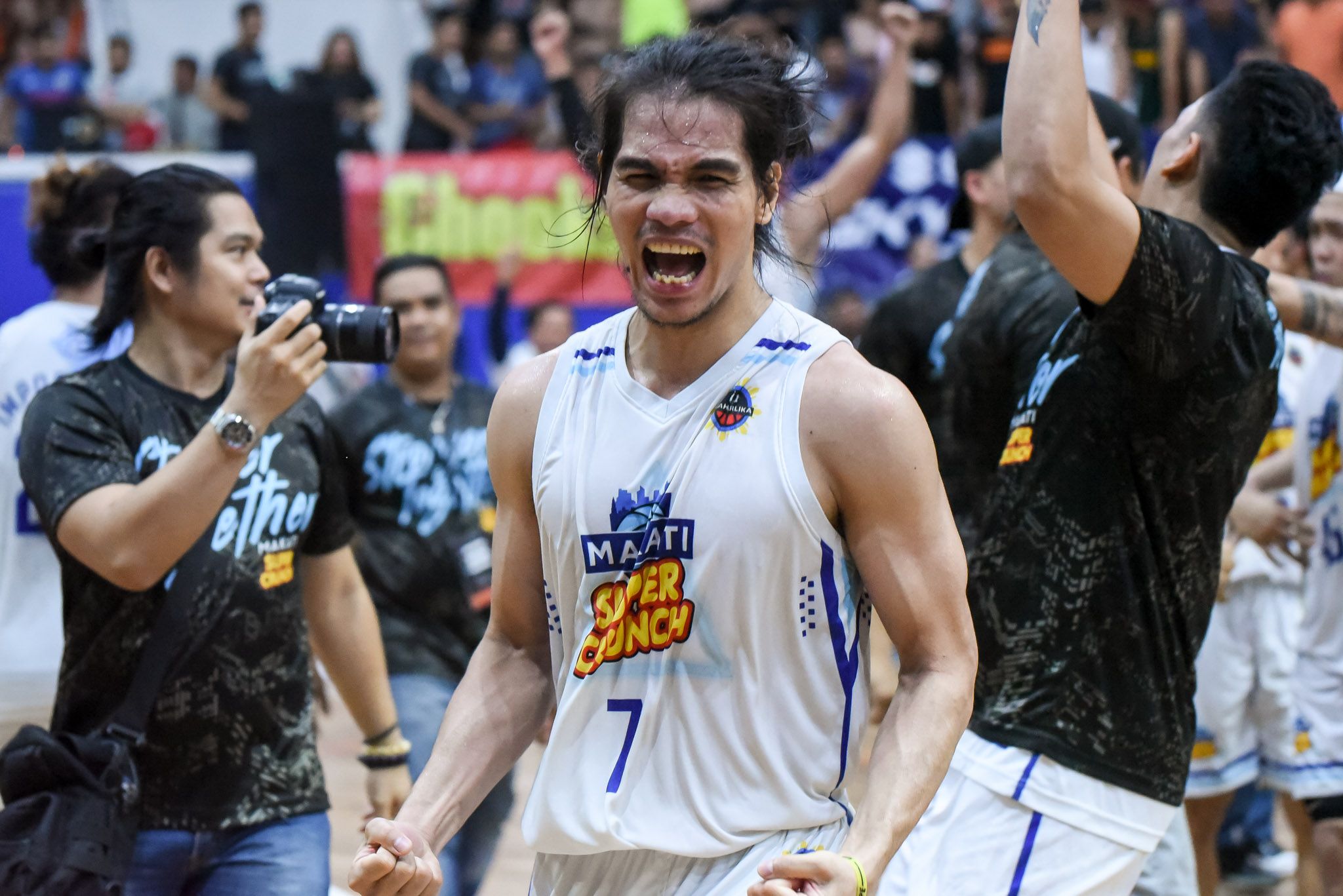 Joshua Torralba also fired 14 points and eight boards, as Cedrick Ablaza poured 13 points, seven rebounds, and two assists before suffering a sprained ankle that took him out in the final 3:10 of the game.

The Super Crunch, however, had to sweat the game out as they lost a nine-point lead in the fourth quarter and an 86-78 lead in the last 1:37.

The Go for Gold-backed Knights showed the heart of a champion and refused to quit, with Laurenz Victoria securing a steal on Rudy Lingganay's inbound and quickly flipping the ball to CJ Isit to trim the lead to two, 89-87, with 19.6 ticks left.

After Sedurifa's free throws gave Makati a 91-87 lead in the last 14 seconds, Victoria split his freebies to cut deficit down to three, but Lingganay was whistled for a travelling violation after getting the rebound and handing San Juan one last shot to force overtime in the last five seconds.

John Wilson, though, could not find the bottom of the net for the Knights as the best-of-three series goes to a Game Three on Saturday, still at the same venue.

"We talked to each other na we've been in this situation before, na our backs are against the wall. Kailangan bumalik tayo sa sistema natin, at syempre, yung depensa," said Super Crunch coach Beaujing Acot.

Makati was originally slated to host Game Two, but once again failed to gain clearance to stage the game at Makati Coliseum.

Lucky for them, the homecourt for San Juan hardly mattered as the game pushed through behind closed doors due to the threat of the novel coronavirus (COVID-19).

Wilson led the Knights with 21 points, but only shot 3-of-10 from downtown. He also had five rebounds and two assists.

Isit and Andoy Estrella both had 17 points, as Jhonard Clarito scored all of his 12 points in the payoff period, to go with his 11 boards and three steals.

Missing for San Juan was the production of Mike Ayonayon, who was contained to just seven points before fouling out with 2:30 left in the game.