MPBL: Jeckster Apinan clutch as Makati outlasts GenSan in OT to get back on track

Apinan buried the buzzer-beating layup off a dish from Cedric Ablaza to give Makati the much-needed victory after losing four of their last five games.

The Jose Rizal University product scored 10 of the 12 Super Crunch points in overtime and ended with monster numbers of 29 points on a 9-of-14 clip, 13 rebounds, five assists, two steals and a block.

"Jeckster is one of the leaders of the team. He's been a very good offensive and defensive player. A good attitude on and off the court," head coach Beaujing Acot said. 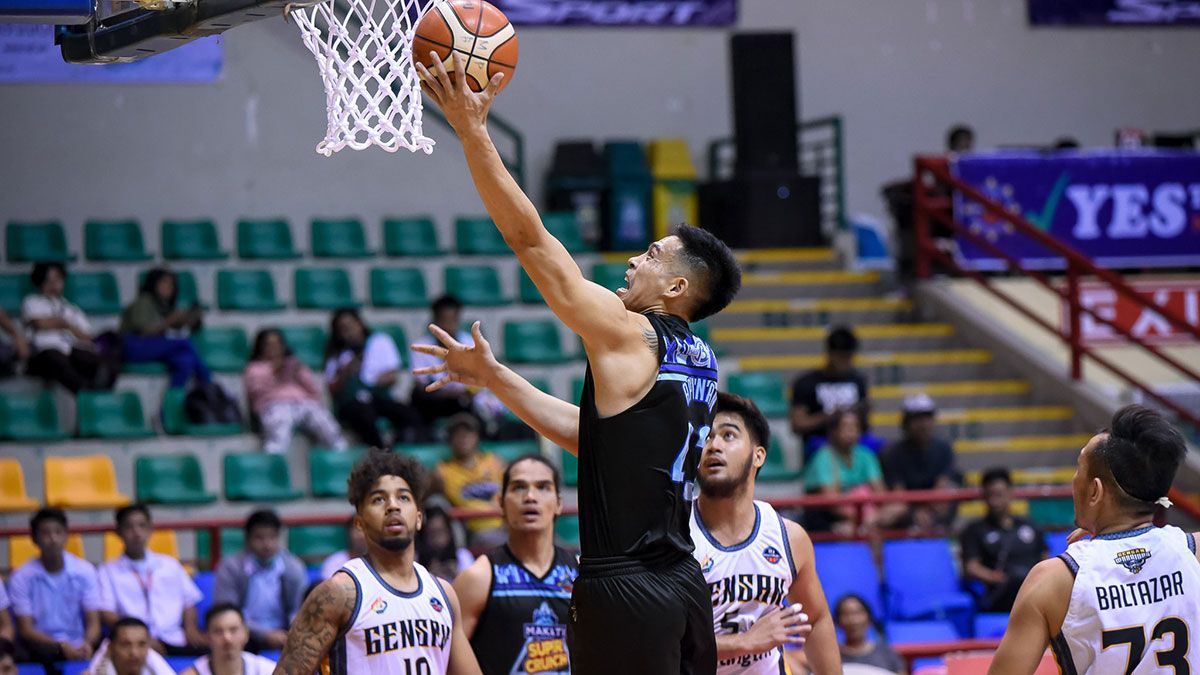 On the other hand, Mikey Williams scored all of the Warriors' 11 markers in extra period to finish with 21 points and seven assists.

Tied at 79, Jong Baloria and Cristopher Masaglang exchanged sorry misses to send the game to overtime.

Makati improved its win-loss record to 22-8, snapping its two-game slump while the Warriors slipped to 16-12, leaving the window open for Cebu-Casino
Ethyl Alcohol to enter the post-season.