MAC Belo quietly went out of his way to show his support for alma mater in the NBTC National High School Championship.

Without much fanfare, the PBA rookie from Blackwater watched a game of Notre Dame of Midsayap College Kidapawan, which earned a ticket to to the Division Two finals of the NBTC tournament in Manila.

Notre Dame of Midsayap was the school Belo attended before moving to Far Eastern University, where he blossomed into one of the best college players in the country and became a member of the Gilas cadets.

Martinez said the players were so inspired to see Belo on the stands that the Midsayap squad put up a gallant stand against a much-taller Cavite squad before losing.

Martinez said the parents even chanted Belo’s name while the game was ongoing.

“Midsayap was playing against Cavite but kita mo talaga na motivated ang mga bata maglaro kasi they knew Mac was there,” said Martinez, who once coached Belo in his younger days. 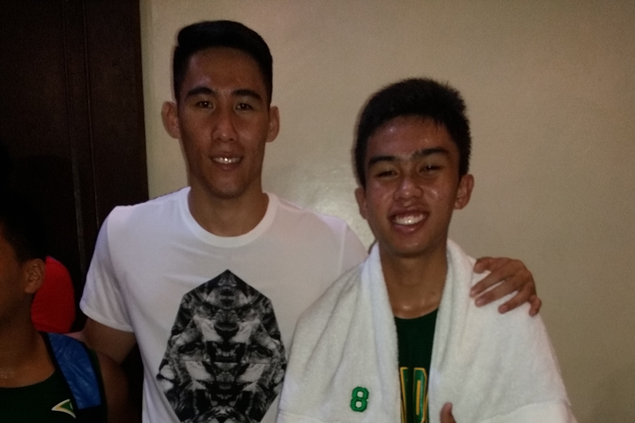 After the match, Belo also accommodated photo requests and stayed around to talk to members of the Notre Dame of Midsayap College team.

Martinez recalled being part of the coaching staff that went to Manila for a tournament 10 years ago when the 6-4 Belo was eventually discovered by FEU scouts.

No wonder that Belo is being looked up to by the thousands of kids who aspire to be a basketball player someday in their area.