Over the years, these giants raised hope for Philippine basketball

TALL players are hard to come by for a country like the Philippines.

That alone should explain the rave whenever there's a young prospect who checks all the boxes and personifies the tag that height is might.

Recently, 7-foot-3 center Kai Sotto has gotten much of that attention, carrying the mantle of being the next great Filipino hope as he chases his dream of becoming the first homegrown Filipino to play in the NBA.

But before Sotto, there were already a few talents who hit the bar - literally and figuratively - and carried immense promise as they progressed in their basketball careers.

Some panned out and some didn't, but that's just how things roll. Basketball, after all, is a hit-or-miss game.

Spin.ph scoured the archives and listed off the tallest players to ever play competitive basketball before Kai.

(Editor's Note: The list only covers locals who played collegiate ball in the Philippines and excludes Fil-foreign players who only came to play in the PBA.) 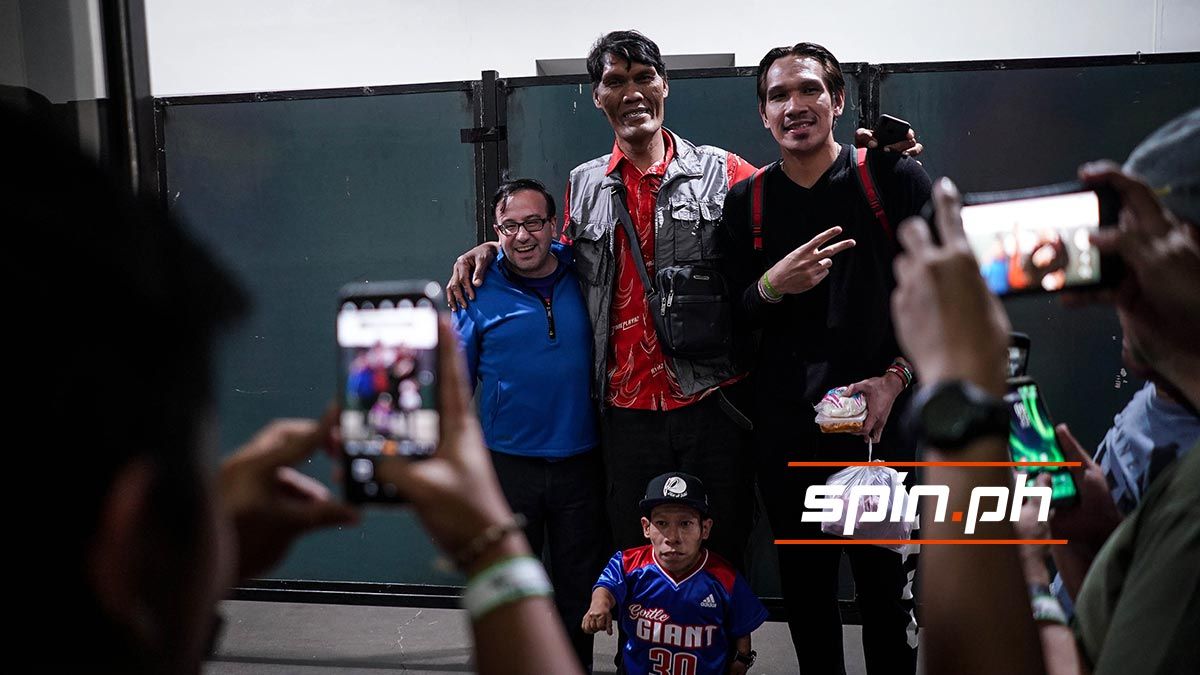 People may recall Dillo as that hulking figure who make occasional TV appearances as either a giant or a kapre.

But even before he dabbled in show business, Dillo was a gargantuan who suited up for the University of the East in the 1990s and even played for the San Juan Knights in the defunct-Metropolitan Basketball Association (MBA)

Last time we saw Dillo was in 2019, when he watched a PBA game to meet June Mar Fajardo and paid another visit in the NBTC tourney to get an upclose look at Kai Sotto.

Ginebra fans still vividly remember Feihl, the No. 2 pick of the 1995 PBA Draft who was part of the Gordon's Gin Boars' conquest in the 1997 Commissioner's Cup. 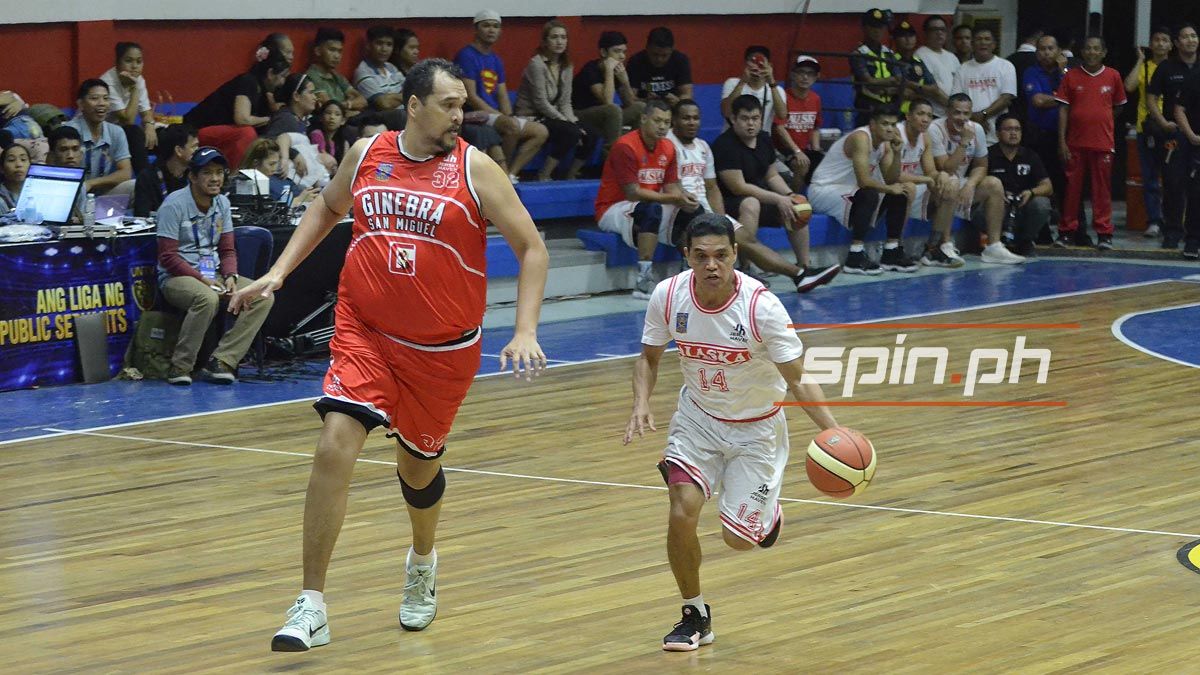 Feihl spent his collegiate years at Adamson and teamed up with Kenneth Duremdes, steering the Soaring Falcons to a runner-up finish in 1992, the last time the San Marcelino-based squad made it to the UAAP Finals.

He also served as part of the national team numerous times, with the most memorable being with the Philippine Centennial Team that won the bronze medal in the 1998 Asian Games in Bangkok.

The Cebuano giant was already built for greatness when he started at University of the Visayas, winning three CESAFI championships and twice named as the MVP, before transferring to Ateneo and adding two more UAAP rings to his resume. 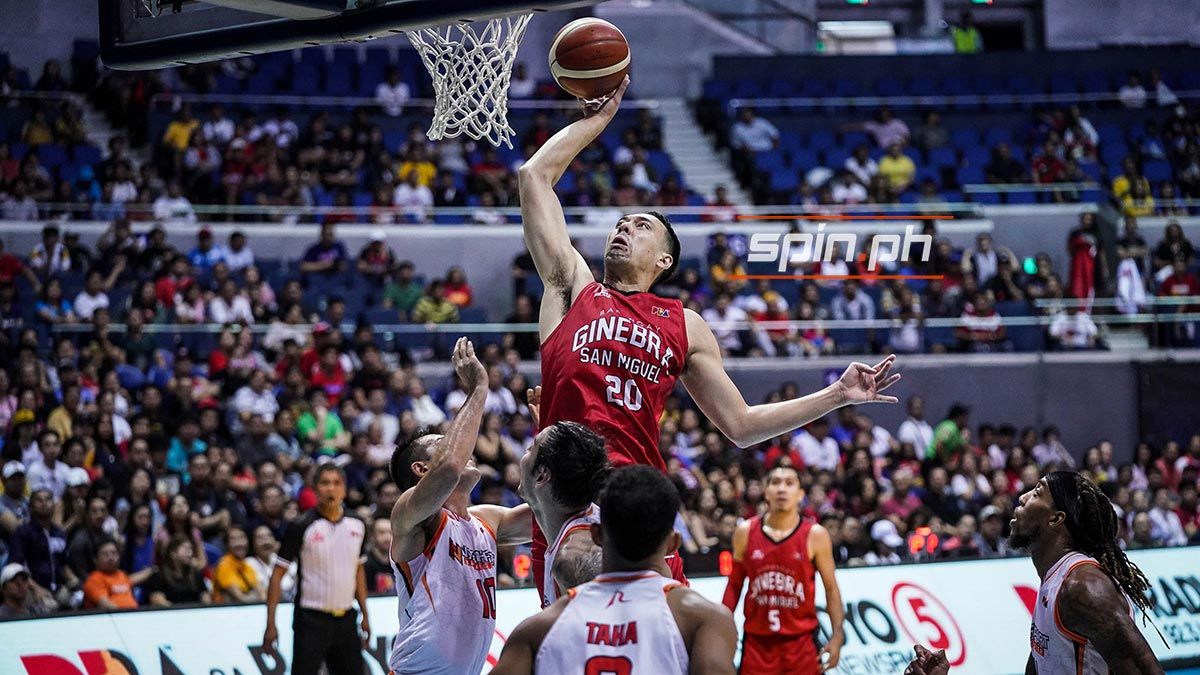 Slaughter made an immediate impact when he made it to the PBA as Ginebra tapped him first overall in the 2013 PBA Rookie Draft and eventually won Rookie of the Year honors.

He won four championships in his six years with the Gin Kings, and was even named as the Best Player of the Conference in the 2017 Governors' Cup, before he got traded to NorthPort in 2020. 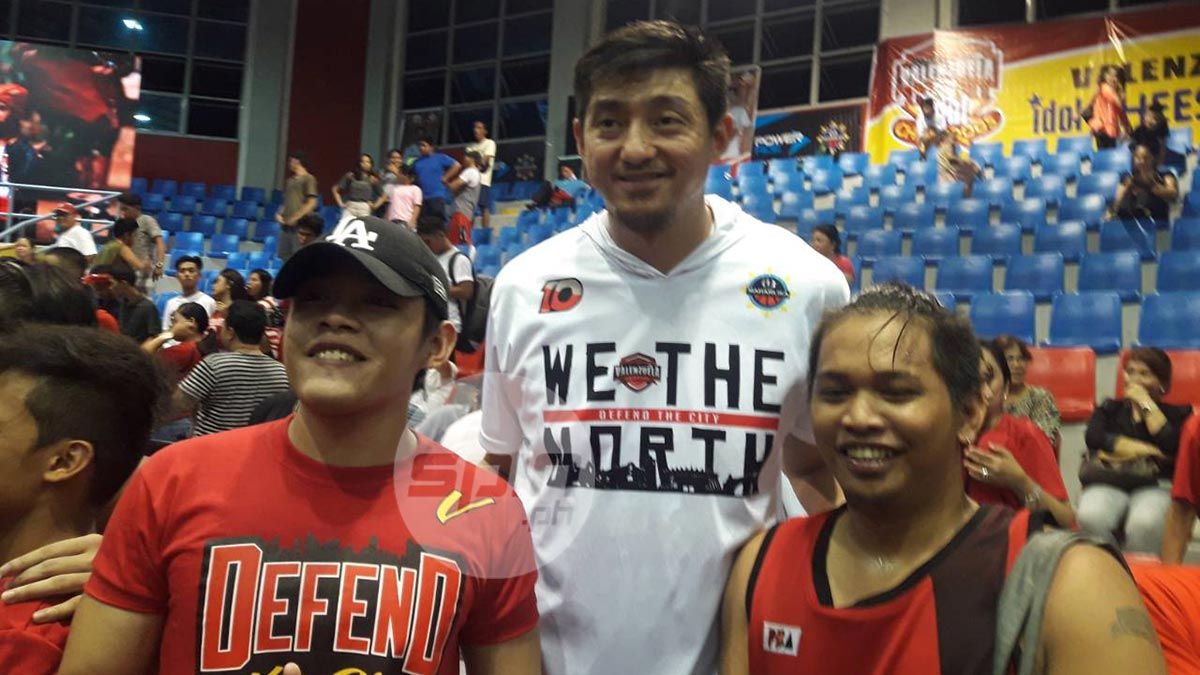 Speaking of Ginebra, here's another giant which Gin King fans should vividly remember.

De Guzman played only a season with the crowd favorites, who picked him ninth overall in the regular phase of the 2016 PBA Rookie Draft. He rarely saw action on the court during his time in the 2016-17 season.

Before that, he was a lumbering big man for St. Benilde and even had a stint with ZC Mindanao Aguilas in the PBA D-League. He last played for Tanduay Batangas Athletics in the Maharlika Pilipinas Basketball League (MPBL).

Arguably one of the best to ever play the game, Fajardo has certainly come a long way from his time in University of Cebu.

The soft-spoken Cebuano behemoth was already showing immense promise then, steering the Webmasters to a semifinal finish in the 2010 Philippine Collegiate Champions League and was named as the National Collegiate Player of the Year.

His run in the ABL only prepared him for his life in the PBA, where he won eight championships in seven seasons with San Miguel, on top of him taking home a record-six PBA MVP awards. 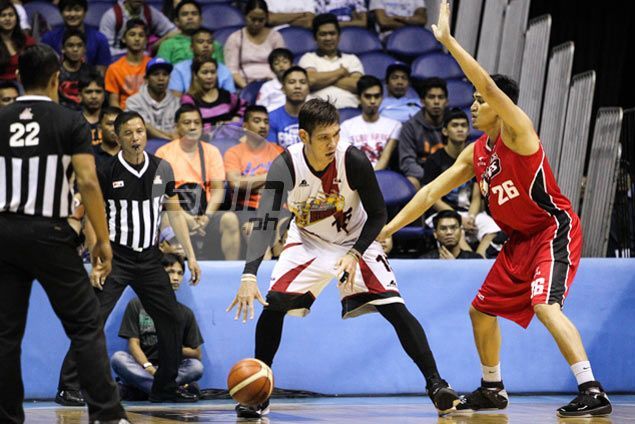 Eman was an intriguing selection in the 2007 PBA Draft, where the meek big from University of Mindanao was shockingly taken second overall by Magnolia (now San Miguel).

He did provide added muscle down low in his first three years with the San Miguel franchise before he was traded to Alaska in 2010 and won two more championships, largely as a reliever for starting center Sonny Thoss. 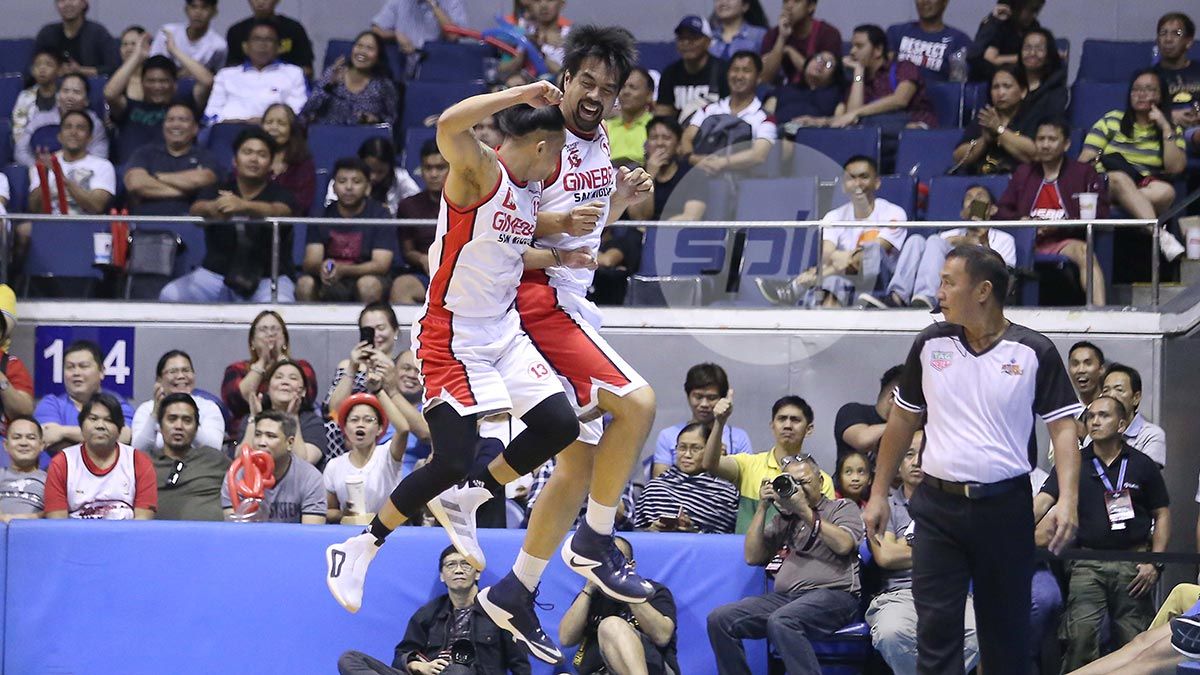 "The Skyscraper" truly was a tower back in his time, showing his suave post moves from his days in Adamson and showcasing his skills for Sta. Lucia and Stag in the Philippine Basketball League (PBL) where he won four MVP awards.

Aquino banked on that reputation as Ginebra selected him No. 1 in the 1996 PBA Draft and was part of Gordon's Gin's 1997 Commissioner's Cup conquest.

In 2000, he was shipped to the Realtors and stayed until 2011, winning two more PBA crowns with the franchise.

The son of former PBA player Peter Aguilar was already a towering presence in his first two years in Ateneo before chasing the NBA dream and transferring to Western Kentucky, where he teamed up with future NBA player Courtney Lee.

He was soon picked by Burger King first in the 2009 PBA Draft, but after just one game, was traded to Talk 'N Text which loaned him to the Smart Gilas program. It was during this time where Aguilar got to play in the NBA D-League and suited up for the Santa Cruz Warrriors.

Aguilar eventually returned to the PBA in 2012, and was part of the Tropang Texters' 2012 Philippine Cup victory. After a brief stop at GlobalPort, he soon joined Ginebra and helped the team win five more titles, winning Finals MVP honors in the 2019 Governors' Cup. 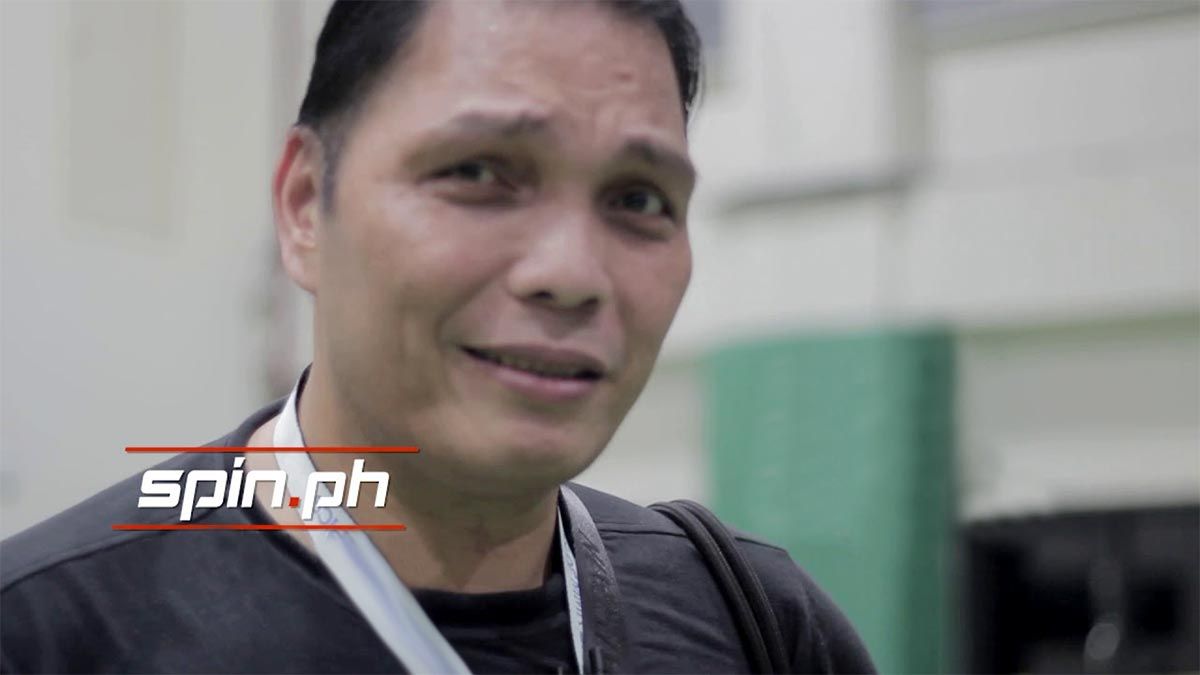 Balingit was already a hulking presence from his days at University of the Visayas and continued to earn his spurs as part of Magnolia Ice Cream in the PBL.

Swift soon took him in the second round, 11th overall, in the 1992 PBA Draft and quickly drew adulation from the crowd thanks to his size.

But he proved that he wasn't just a sideshow, winning the Most Improved Player award in 1995 and helping the franchise win four PBA championships -- all while pursuing an acting career in comedy films and TV sitcoms.

Balingit soon moved to the MBA with San Juan, before making a brief return to the PBA with Tanduay in 2001 and Purefoods in 2002. 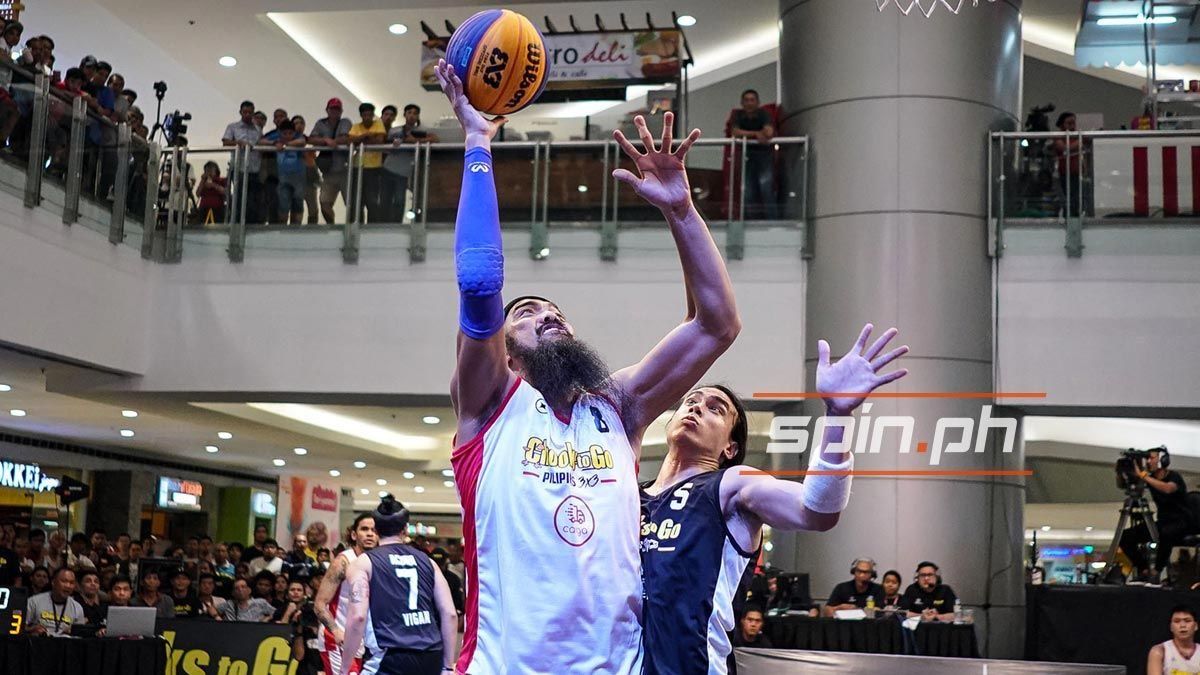 Here's another tall player who dabbled into acting.

Andaya was a reliable center from his days in Letran that Talk 'N Text picked him eighth overall in the 2006 PBA Draft. He played six seasons in the PBA, last with Air21 in 2013, before being a journeyman outside of the pro league.

Still, Andaya never shied away from the limelight, earning starring roles in films, most notably in the Erik Matti film On The Job.

Canlas was part of the bumper crop of St. Francis of Assisi players that included the likes of the de Ocampo brothers Yancy and Ranidel, Ervin Sotto, and Al Vergara.

That Doves team, coached by Gabby Velasco, were truly a dominant team and captured back-to-back NCAA crowns in 2001 and 2002.

Canlas was later on picked seventh overall by Shell in the 2002 PBA Draft and spent four seasons in the PBA, splitting time between the Turbochargers and San Miguel.

Little is written on Jomamil, although some fans remember him as a gangling big man for Adamson in the 1990s, coming in after the days of Feihl and Aquino.

Napo played for University of the East for two years, teaming up with the likes of Nino Canaleta and Paulo Hubalde under Dindo Pumaren from 2004 to 2005.

Carvajal anchored JRU to its last NCAA title in 1972 and was a key figure in the Philippines' triumph in the 1972 ABC Under-18 Championship beside legends like Atoy Co and Philip Cezar.

He manned the middle for Crispa in the MICAA but underwent a surgery to remove a brain tumor - one that prevented him from moving to the PBA when it opened in 1975. He also never played again and was left bed-ridden until his death in 2014 at the age of 64.

The lumbering big man who was discovered in the sugarcane fields of Mexico, Pampanga became part of the 1978 ABC Under-18 Championship and was remembered at as one of the tallest players in the glory days of Philippine basketball.

De Jesus, however, never progressed from there and is better remembered for the movie he did under late director Carlo Caparas, 'Mong.'

Did we miss any names? Chime in the comments section to continue the discussion.