JERWIN Gaco is once again in the winners’ circle.

The 40-year-old Gaco added another championship to his resume after Davao Occidental captured the MPBL Lakan Season crown when it defeated San Juan in four games during the league’s bubble in Subic.

Winning seems to be a habit for Gaco, who has amassed championships in every major league he has played in from the time he was a college player to now being a veteran, and doing it with different sets of players. Let’s look back at the 16 championships Gaco has won over the course of his career.

(NOTE: For this list, SPIN will include La Salle’s UAAP crown that was forfeited in 2004 after two players were found ineligible to play for the Green Archers that season)

Following his transfer from Polytechnic University of the Philippines, Gaco became a winner immediately as he joined forces with the likes of Mark Cardona, Joseph Yeo, JV Casio, and Ryan Arana in lifting the trophy for the Green Archers in their victory over Far Eastern University.

After his playing years with La Salle, Gaco moved to Harbour Centre when he was part of all seven championships of the ballclub in the Philippine Basketball League. The first came in the 2006 Unity Cup when the Portmasters, a team with LA Tenorio and La Salle teammate Joseph Yeo in the roster, beat Toyota-Otis in the championship.

Gaco did it again the following conference with the Port Masters beating Hapee for the Unity Cup crown. It was a different Harbour Center team that Gaco was part of with Jonathan Fernandez, Chico Lanete, Al Vergara, and Arana being the notables in that championship squad.

The Portmasters captured their third straight title with Gaco in the line-up as they beat Cebuana Lhuillier in a sweep of the best-of-five title series. Jayson Castro was in the squad as he bagged the finals MVP trophy, with Chico Lanete, Arana, JC Intal, and a young Beau Belga forming the core of the ballclub.

Once again, Gaco won a title with Harbour Center, but this time, played had a huge part of the Batang Pier’s victory over Hapee in the V-Go Extreme Energy Drink conference after he scored 13 points in the 94-87 overtime win to clinch the title. Sol Mercado and La Salle teammates Tang and Rico Maierhofer were part of the group.

Gaco was once again one of the key players in another title reign for Harbour Centre when it bagged the Lipovitan Animo Sports Drink diadem with Jayson Castro, Beau Belga, TY Tang, and Jeff Chan being the stalwarts of the squad in their victory over Hapee.

Harbour Centre and Gaco went home with another championship in the PG Flex Linoleum Cup with Mark Barroca taking the finals MVP in its mastery over Magnolia Purewater in the championship.

A different name for Harbour Centre but the same result for Gaco witnessed another championship for Oracle Residences in its 82-69 win over Pharex in Game 5 of the series. Barroca made the key shots for the Titans at the end of the franchise’s stint in the amateur league.

When Harbour Centre joined the Asean Basketball League as one of its pioneer teams, Gaco also signed up for the Patriots where the ballclub eventually became the regional league’s first-ever champion. Imports Jason Dixon and Gabe Freeman reinforced the ballclub on their way to the finals series win over Satria Muda Britama with locals Warren Ybanez, Rob Wainwright, and current PBA player Noy Baclao were among those who also stepped up. 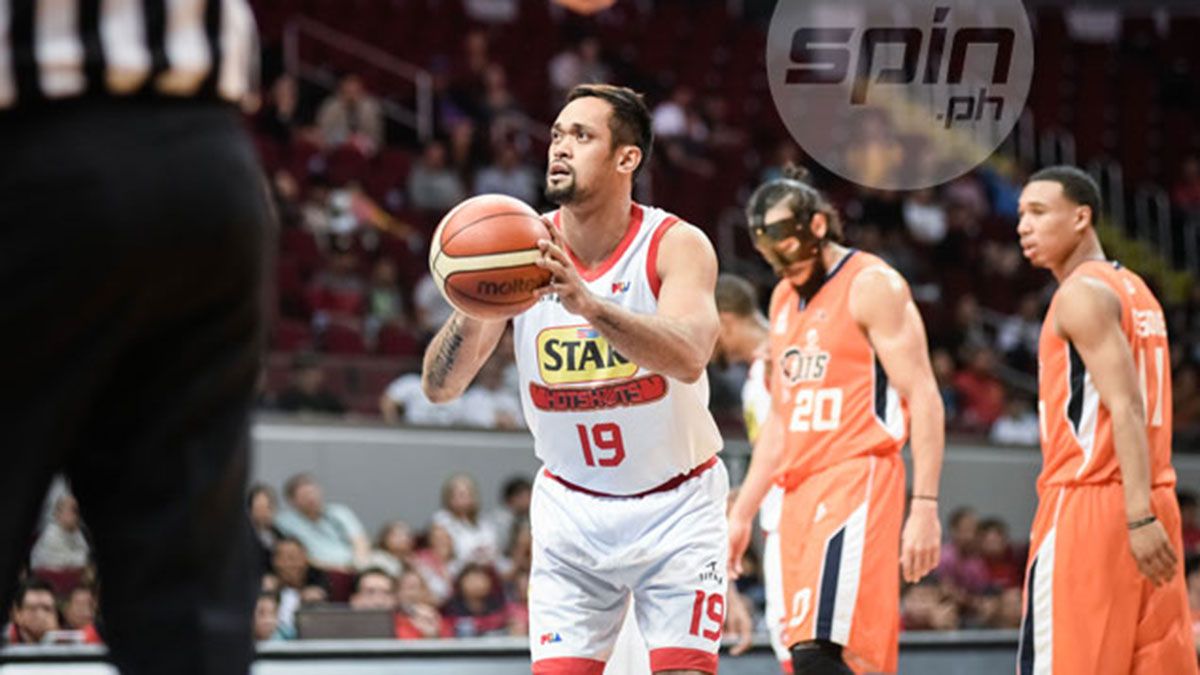 After being left undrafted in 2005, Gaco finally made it to the PBA in 2010 but found championship success two years later as part of the B-Meg Llamados, who won over Talk ‘N Text in a thrilling 90-84 overtime win most known for Denzel Bowles hitting two free throws to send the game into extra session, and James Yap capturing the finals MVP.

Gaco won his second PBA crown after the San Mig Coffee Mixers beat Petron in another seven-game series. Marquis Blakely reinforced the Mixers that conference with Marc Pingris winning the finals MVP after their 87-77 win in Game 7.

The grand slam of San Mig Coffee began with a conquest of Rain or Shine in the Philippine Cup. It was Gaco’s first-ever all-Filipino PBA crown of his career and it was the heroics of his former Harbour Centre teammate Mark Barroca who would lead the way for the Mixers, capturing the finals MVP after their 93-87 victory in Game 6.

No stranger to multiple championships, Gaco won another three-peat this time with in the PBA after the Mixers beat Talk ‘N Text, 3-1, in their best-of-five series. Marquis Blakley was once again the import, and James Yap was adjudged as the finals MVP.

Joining an elite list of players who won all three conferences in a season, Gaco became a grand slam champion when San Mig Coffee beat Rain or Shine in the rubber match for the title. Marquis Blakely and James Yap were once again in front of the Mixers’ attack as they beat the Elastopainters, 92-89, in the final match, handing Tim Cone his second grand slam crown. 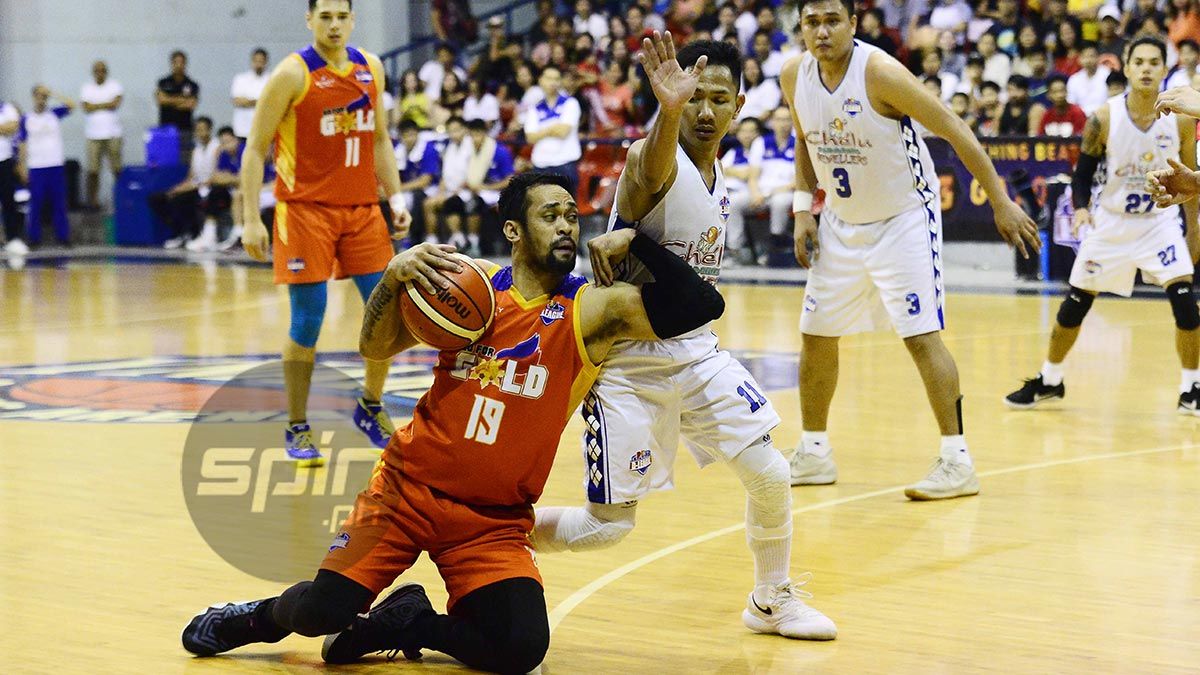 Not even a move to the PBA D-League would stop Gaco from winning championships. Playing for Go For Gold in the 2018 Foundation Cup, the Scratchers edged Che Lu Bar and Grill, 92-89, with youngster Gab Banal taking the lead. Gaco was a role player during his stint with the Scratchers but his veteran smarts played a role in the title win. 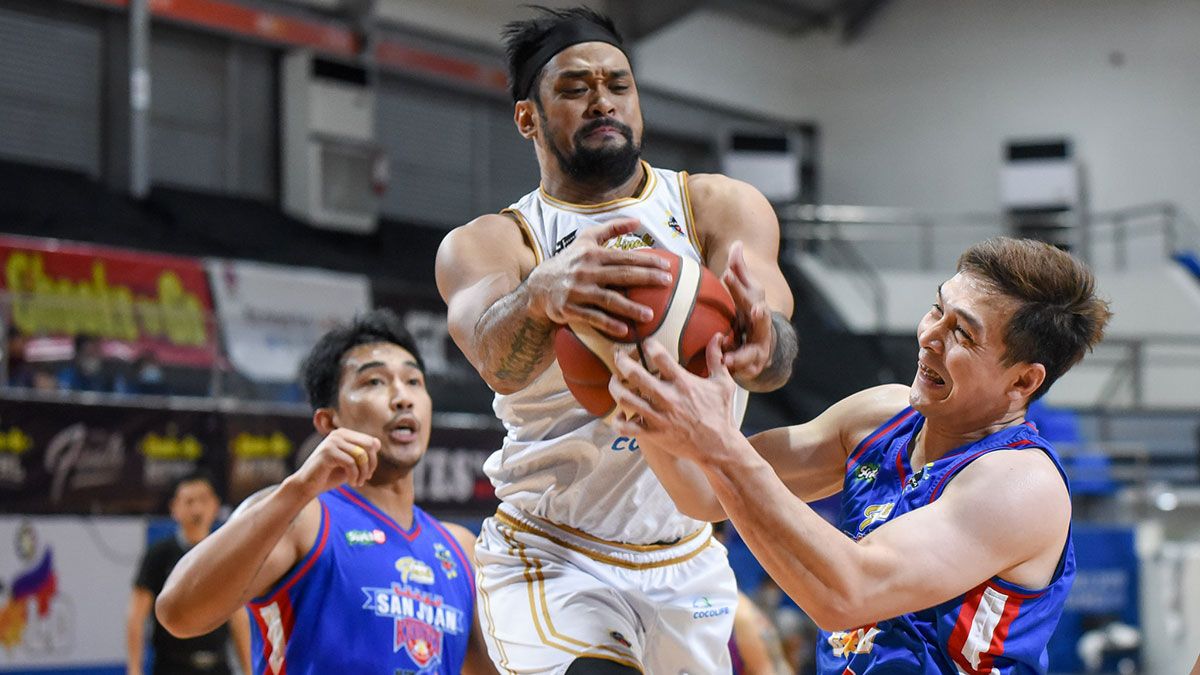 Now at 40, Gaco’s championship winning ways continued when Davao Occidental captured the MPBL crown. The circumstances of the win were different since the league was forced to play in a bubble in Subic during the COVID-19 pandemic. Finals MVP Mark Yee, Emman Calo, and Billy Ray Robles were three of the key players for the Tigers in the series, but Gaco did his part, providing quality play when he had seven points in Game 3. Gaco later witnessed another franchise winning their first-ever crown as Davao Occidental tabbed Game 4 with a 66-58 win.