Like late father ECJ, Cojuangco urges Filipinos to be sports patrons in their own ways

THE late ambassador Eduardo ‘Danding’ Cojuangco was the epitome of a true sports patron who didn’t mind devoting his effort, time, and even resources just to see development and progress of Philippine sports.

Mark Cojuangco, former congressman of Pangasinan and son of the powerful businessman and sportsman from Tarlac, described his dad as passionate about helping Filipino athletes become the best in their respective fields.

“He had a great desire to see the Filipino excel and win and most importantly, to feel proud of being Filipino especially abroad,” said the young Cojuangco of his father, who everybody fondly calls by his famous initials ECJ.

“He wanted us to be first rate. And so he immersed himself into all aspects of sports. He embraced it and did his damn best to make it work. And that’s why he was successful and inspiring.” 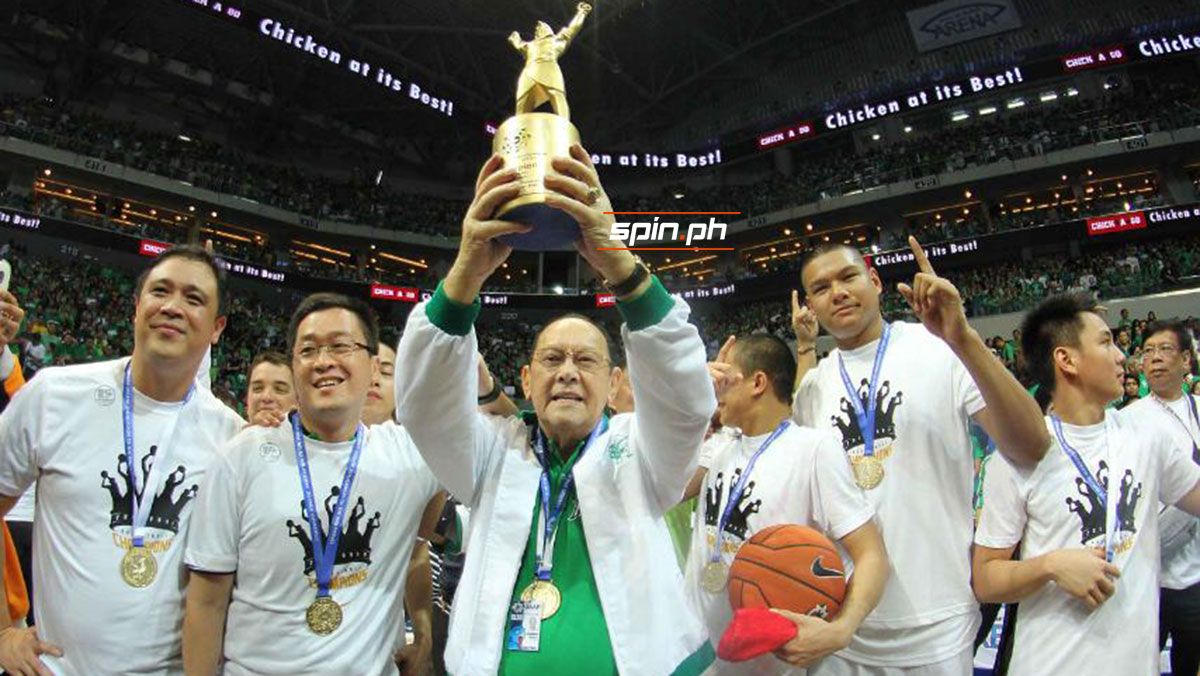 The 63-year-old Cojuangco made a short recollection of who his dad was other than being known as the former basketball godfather responsible for the formation of the highly successful NCC (Northern Consolidated Corp) cage program in the early to mid-80s, and CEO and Chairman of San Miguel Corporation during the SMC-Philippine Sportswriters Association virtual Awards Night Sunday at the TV5 Media Center.

Cojuangco was among those who were honored posthumously by the country’s oldest media organization, and one of three recipients of the Lifetime Achievement Award along with fellow sports pillars Jose A. Romasanta, the project director of the Gintong Alay program in the post-EDSA years, and former PBA commissioner and current Samahang Basketbol ng Pilipinas (SBP) Executive Director Renauld ‘Sonny’ Barrios.

The younger Cojuangco said his late father, founder of the Nationalist People’s Coalition (NPC), advocates competition in sports, adding he believed that a competitive spirit was the only way for one to be better, and eventually, hardwork for one to be the best.

“ECJ loves all kinds of competitive sports and supported many,” said Cojuangco, who served as Pangasinan congressman from 2001 to 2009. “He enjoyed being an enabler, a tool to be used to bring out the best in individuals, teams, and organizations.”

But basketball was the closest to the Cojuangco patriarch’s heart. Aside from bankrolling the NCC team of legendary coach Ron Jacobs – the last Philippine men’s team to win the FIBA Asia Cup – he was also behind the success of the San Miguel team in the PBA, including its 1989 grand slam unit, and the De La Salle Green Archers squad in the UAAP that won the 2013 and 2016 championship, respectively.

"But basketball has a special place in his heart. I can tell you that it consumed a great deal of his thoughts, his time, and his resources. He did make quite a few sacrifices to be the patron to sports that he was,” said Cojuangco.

In parting, he said the family appreciated the special honor bestowed by the PSA to his father, who Cojuangco said would like to see Filipinos continue what he’s been advocating all along.

“I’m sure many misses Dad. We miss him too, a lot. But dad would not be happy if we all did not move on and pick up the pieces. I’m sure he’s up there looking down on us, exhorting us all to bigger greatness,” said Cojuangco.

“Our successes would be his greater joy, our effort and struggles to improve, his happiness and entertainment. Let’s make Dad happy. Let’s all get together as a country and people, united, and in our own ways, let’s always be patrons to Philippine sports.”