On John Osmeña's death, we remember the PBL team he once owned

WHILE his family is one of the most influential political clans in the country, the late Senator John Henry Osmena also happened to be passionate about sports.

The Cebuano public figure once owned a team in the defunct Philippine Basketball League (PBL) which went by the name John O Juzz, an orange juice drink that was repackaged from another company. The team understandably went by the moniker Senators, but later on was renamed to Juzzers.

“I remembered Sen. John as a very dedicated team owner who’s very supportive of my plans and programs for the PBL,” recalled Blackwater team owner Dioceldo Sy, who was PBL chairman and Chino Trinidad the commissioner when John O made its league debut in 2002.

Osmena, a three-term senator and recently, mayor of the city of Toledo in Cebu, passed away on Tuesday due to a lingering illness. He was 86.

John O made its PBL debut during the 2002 Chairman’s Cup behind the core of the National University team led by Jeff Napa, Froilan Baguion, Glibert Neo, and Archen Cayabyab. The coach was Manny Dandan.

The team though, also had the likes of Ranidel De Ocampo, Jerome Barbosa, Bong Salvador, and Arnold Booker as added punch to the then rookie ballclub. 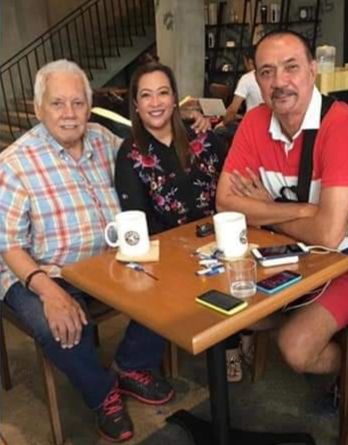 It almost made the semifinals during its first season, but lost to Kutitap in the do-or-die game for a Final Four berth.

Eventually, the franchise entered the semis for the first time in the 2003 Unity Cup under the late coach Dong Vergeire, but ended up winless in six games at the end of the double-round format.

That proved to be the final stand of the team.

Before the 2004 season began, the team filed a leave of absence as Osmena eyed a return to the Senate. He made the move to avoid legal complications that may arise during the national elections back then, releasing all players, coaches, and team staff from their contractual obligations with the franchise.

The team, which Osmena actually started as the John O basketball team back in 1996 in Cebu, would later campaign in several corporate and minor tournaments around Metro Manila such as the Danny Espiritu Cup.

“His plain passion and love for the game will surely be missed,” said Sy.

Osmena, who was tall enough to be recruited as part of a basketball team in his younger days in Cebu City, also frequented games of the PBA and the defunct Metropolitan Basketball Association (MBA).

It was also he along with fellow senators Robert Barbers and Robert Jaworski who pursued the investigation in the Senate that weeded out fake Fil-foreign players in both the PBA and MBA back in 1999 in what would become known as the ‘Fil-shams’ controversy.

A grandson of Philippine President Serge Osmena, John O was also a two-term congressman of Cebu, vice mayor, and councilor in a political career that dates back to as early as 1963.