Lapu-Lapu regains true form, dumps Dumaguete to get back on track in VisMin Cup

ALCANTARA — ARQ Builders Lapu-Lapu vented its ire on Dumaguete, 76-62, to break out of its recent slump in the Chooks-to-Go Pilipinas VisMin Super Cup, Saturday at the Civic Center here in Cebu.

Losers of two straight in the second round and four of their last five -- including a 66-75 setback to KCS-Mandaue on Friday night, the Heroes needed a win in the worst way and got just that, thanks to inspired performances from Reed Juntilla, Dawn Ochea, and reserve forward Fletcher Galvez.

Juntilla led ARQ in scoring with 14 points, four rebounds, and three assists to help them even their win-loss record up at 4-4 -- solo third in the standings.

Ochea notched a double-double with 13 points and 11 boards while Galvez came off the bench and gave the Heroes a lift with his 13 points, eight boards, two assists and a steal.

However, the Warriors were not able to score any more points after that last salvo, resulting in their fifth loss in six games and remaining at fifth place.

“Ang ganda ng start namin and we played good defense,” Auquico added. “It’s a good win to build on. Now, we have three days to prepare for Talisay.” 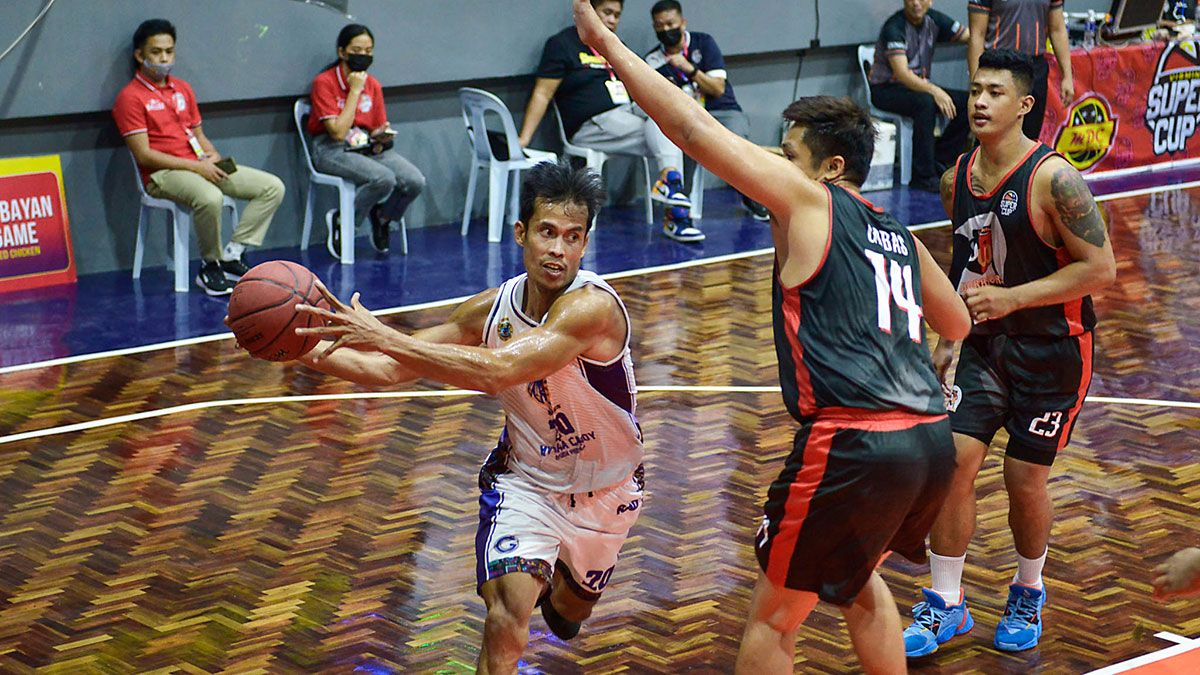 Jojo Tangkay drives to the basket against Dumaguete.

Assistant coach Fernan Dela Cruz took over coaching duties for Dumaguete as Rommel Uka asked to leave his post due to a family problem. The Warriors are expected to name their new head coach on Monday.

Mannie Gabas ably manned the shaded lane with 10 points, 10 boards, and two blocks but the Warriors failed to arrest their losing slide, which has now reached three games.

ARQ Lapu-Lapu gets a five-day break before facing MJAS-Talisay on Thursday at 3:00PM. Dumaguete, on the other hand, takes on the same team on Tuesday at 7:00PM.